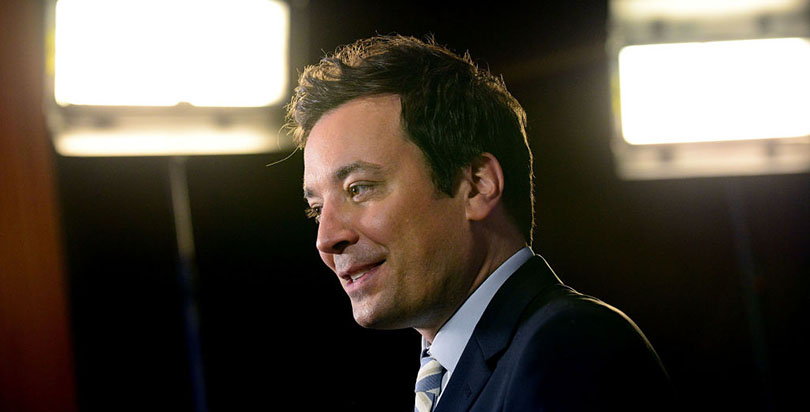 This article is one in a series at The 74 that profiles the heroes, victories, success stories, and random acts of kindness to be found at schools all across America. Read more of our recent inspiring profiles at The74million.org/series/inspiring.
The administrators at Fields Road Elementary School in Gaithersburg, Maryland, wanted to inspire students to read. And if it took smashing raw eggs on their heads to make that happen, so be it.
Their stunt caught the attention of the school’s students, parents, teachers, and friends, who raised $13,000 to support the Fields Road read-a-thon.
It also caught the attention of Tonight Show host Jimmy Fallon, who regularly faces off against celebrity guests in games of “egg Russian roulette.”

On the popular late-night show, a carton of eggs — some raw and some hard-boiled — sits between the two stars. They take turns picking an egg at random and smashing it on their head — until someone splashes raw egg across their dome. The fun comes from watching them squirm before the smash, anticipating a runny mess streaming down their nose.

Principal Erica Williams and Assistant Principal Kristi Ricca picked up on the game, promising to play if the read-a-thon reached its goal, much to the delight of students — and to Fallon, who spent part of a recent show playing a clip of the principals exchanging raw egg smashes.
“There you go,” he said, “that’s what I’m talking about. How fun was that? I thought it was so cool.”

“It is a very interesting way to get people to donate,” he said — and then came up with a donation of his own: a matching gift from Reddi-wip, making the principals’ efforts a $26,000 egg-stravaganza.

Doubling down on a fun Tonight Show inspired fundraiser – Congrats to everyone at Fields Road Elementary! #FallonTonight pic.twitter.com/pnUBGzyzMA

For Williams and Ricca, the yolk may have been on them, but a little egg on their face never looked so good.
Golden eggs indeed.
Submit a Letter to the Editor
May 16, 2017