Want to Know How Good a Charter School Is? Forget About Test Scores — Look at Its Bond Rating 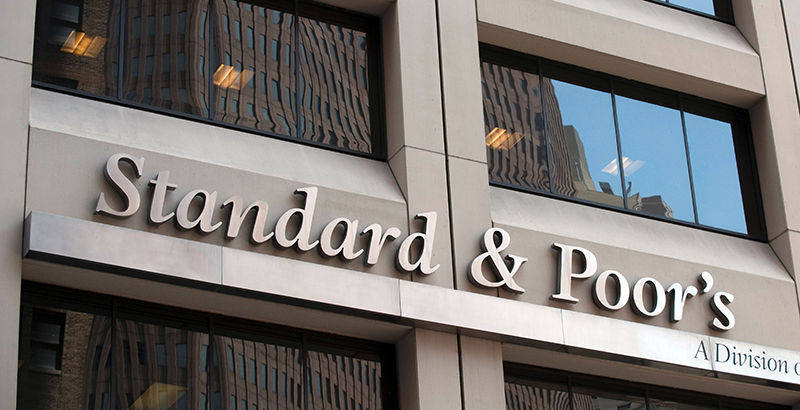 With the school year now in full swing, teachers and administrators across the country are setting goals and implementing strategies for next spring’s high-stakes tests. Over the next nine months, state testing will shape countless lesson plans and meeting agendas as resources are marshaled toward fulfilling state accountability requirements.

Is it all really worth it?

There’s little doubt that testing can be a valuable tool for assessing learning and informing instructional practices. But a growing body of research shows a disconnect between test score gains and later-life outcomes, and that parents tend to prioritize factors such as student safety, discipline and a school’s learning environment over test scores.

In other words, improving test results won’t necessarily result in the things that are truly important, such as educational attainment and earnings, and parents don’t seem to care all that much about test data anyway. For those who favor parent-driven accountability, the answer is simple: Do away with high-stakes testing altogether and allow families to decide what’s best for their children via robust school choice programs including open enrollment, charters and education savings accounts.

But a market-oriented approach with universal choice is a tough sell politically. So what might a better accountability system look like, given these realities? An unlikely group of stakeholders could provide valuable insight: investors in charter school facilities bonds. As it turns out, they want the same things as parents and taxpayers.

Charters are increasingly turning toward the tax-exempt bond market for facilities financing, with more than 1,100 transactions since the sector’s first bond issuance in 1998. As this market has matured, ratings agencies have developed more advanced methodologies to assign risk scores, a practice that has accelerated in recent years. While the overall default rate for charter bonds is 5 percent, most of these occurred on bonds issued before 2006, when underwriting standards weren’t as rigorous. In comparison, the default rate for bonds with an investment-grade rating, such as Great Hearts Texas’s recent issuance, is only 1.2 percent. Great Hearts’s impressive student outcomes and solid financials, which investors value, helped earn the school a strong rating.

A look under the hood of Standard and Poor’s (S&P) approach provides a few key lessons for policymakers.

First, financial data are powerful indicators of performance. For S&P, demand is an especially critical variable, since it is a key driver of enrollment and thus operating revenue. Demand is accounted for by analyzing market signals such as enrollment trends, waiting lists, retention rates and local demographics. Substantial weight is also given to a charter’s financial flexibility by accounting for things such as liquidity, debt and the extent to which operating expenditures align with revenue. Financial data capture more than dollars and cents and can help reveal trends related to parent satisfaction and even leadership competency.

Next, S&P’s rating process allows for subjectivity. Positive and negative considerations that aren’t formally included in its rubric, such as winning a prestigious award or having underfunded post-employment benefits, can be accounted for. While state test results are scrutinized, other academic data may also be introduced, including Advanced Placement exam passing rates and a school’s unique offerings, such as foreign language immersion or a classical liberal arts curriculum. This flexibility can help foster innovative school models while allowing communities to hold officials accountable for outcomes that aren’t easily integrated with a standardized accountability system.

Lastly, S&P is an independent organization that is relatively insulated from political forces. To be sure, it operates in a highly regulated market with barriers to entry that restrict competition, factors that helped earn the industry some well-deserved criticism in recent years. Nevertheless, it provides a glimpse of how a system of independent and competing evaluators might work. A market of competing agencies such as nonprofits, academics, analytics firms or other for-profit institutions could evaluate performance using factors that matter most to parents and taxpayers. This could help alleviate some of the unintended consequences of test-centric accountability systems, such as incentivizing educators to make curricular adjustments that favor tested content at the expense of untested subjects.

Although it’s unlikely that test-centric accountability systems will be overhauled anytime soon, state policymakers can apply the practices of firms such as S&P to increase financial transparency, refine charter school oversight and explore innovative pilot programs. Investors, like parents, know that there’s much more to education than just test scores.

Aaron Garth Smith is director of education reform at the Reason Foundation.