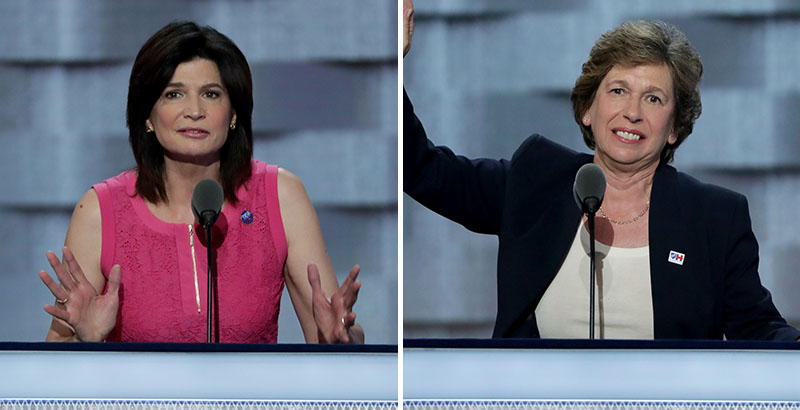 The National Education Association and the American Federation of Teachers are the only national teachers unions in the United States. They share similar philosophies, perform the same functions, have friendly relations and almost never compete with each other for members anymore. So why don’t they join forces and form a massive, 4 million-member mega-union?

Union mergers are infrequent, but not unheard of. In the private sector, a merger between the American Federation of Television and Radio Artists and Screen Actors Guild was finalized in 2012, forming SAG-AFTRA. Teachers union locals in Los Angeles; Wichita, Kansas; and Austin, Texas, have been dually affiliated with both NEA and AFT for years. State affiliates in Minnesota, Montana, Florida, New York and North Dakota are also merged. Why not everywhere?

NEA and AFT made a major attempt to do so in 1998, drafting the “Principles of Unity,” a multifaceted plan to create a new union from the two existing ones. NEA President Bob Chase and AFT President Sandra Feldman put all their weight behind a year-long effort to persuade union activists to go along.

The representative bodies fell in line. The NEA negotiating team unanimously approved the document. The nine-member NEA Executive Committee and AFT Executive Council unanimously followed suit, and NEA’s Board of Directors approved it by a vote of 106 to 53.

“This was a vote about our children’s — and our nation’s — future,” said Chase.

Others were not so enthusiastic. “The whole leadership of the NEA and their finest PR people are lining up to shove this thing down our throats,” said Phil Rumore, president of NEA’s affiliate in Buffalo, New York.

The 10,000 delegates to the NEA Representative Assembly would have to concur by a two-thirds majority for the merger to take place. They met in July 1998. NEA’s officers, its staff and most of the press were convinced it would happen (with one notable exception). They were stunned when the result was announced. Only 42 percent of the delegates approved. The merger was dead.

One of the major sticking points for delegates was that the merged union would have been affiliated with the AFL-CIO, which was anathema for many teachers, who prefer to think of NEA as a professional association and not a labor union. Another was that under the new structure, state affiliates would have had reduced power in favor of locals, a system similar to that of AFT.

Now, almost 22 years later, those objections seem less relevant. There might be some residual reluctance to add more union bureaucracy, but it has been a long time since I’ve heard any NEA or state affiliate officer make an anti-AFL-CIO statement. The experience of having five merged state affiliates also reduced fears.

A proposal to revive national merger discussions was made by a Nevada delegate to the 2013 NEA Representative Assembly, but it was quickly shot down.

The loss of fee-payers and reluctant members over the past 18 months has actually contributed to the renewed zeal of teachers unions. With all the lukewarm members gone, the remaining NEA and AFT members are the most committed — the “concentrate,” as it were. The idea of national merger and the collective power of all public school union members under one roof could be more appealing today than ever before.

It would be perilous, though. Handle it as clumsily as they did in 1998, and the two national unions could risk splintering their affiliates instead of unifying them. There is no sign NEA and AFT have the stomach for the fight.