Union Report: Read Across America, the NEA’s Most Successful Public Relations Campaign, Gets a Makeover 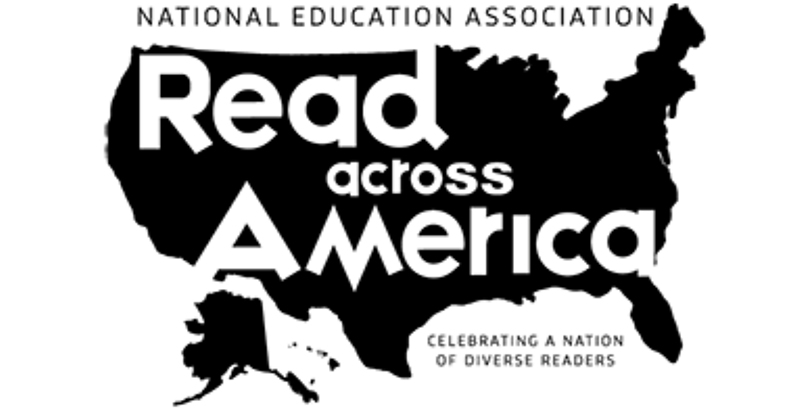 In 1997, the National Education Association came up with an idea to promote reading. The union decided to hold a nationwide event on March 2, 1998, the birthday of famed children’s author Dr. Seuss. NEA received permission from the Seuss estate to use a Cat in the Hat logo royalty-free. And so Read Across America was born.

Read Across America was an instant success, with schools and libraries across the United States handing out books to children and reading to them. The U.S. Senate unanimously approved a resolution commemorating Read Across America Day. Then-First Lady Hillary Clinton appeared at one of the inaugural events in 1998. 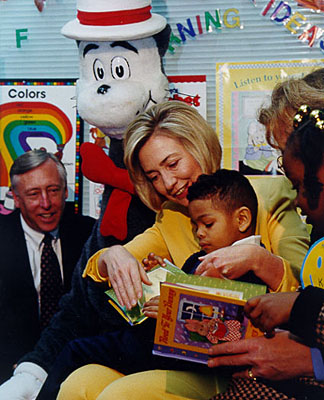 The benefit to children seemed obvious, but politicians and celebrities also surmised that they could reap a public image benefit from photo ops of them reading to children. Hundreds of celebrities, from Meryl Streep to Coolio, have participated in Read Across America events, and politicians all along the ideological spectrum have joined in. Even the current White House noted the special day.

But as the project grew in fame and popularity, there were some nagging issues. The legacy of Dr. Seuss himself was tarnished as people became aware of racist images in his early work. Katie Ishizuka-Stephens, director of The Conscious Kid Library, sent this extensive report on Seuss to NEA’s Read Across America Advisory Committee in 2017.

She gave numerous examples of why using Seuss as the face of Read Across America was problematic and suggested using the opportunity to promote diverse authors. NEA took the critique to heart and began implementing her recommendations, a process made easier by the expiration of its permission to use the Cat in the Hat logo on Aug. 31, 2019. Additionally, the union may no longer use Seuss character costumes to promote the event unless they are purchased from retail outlets.

Gradually removing the ties to Seuss also enabled NEA to address a larger problem it was having with Read Across America — the union wasn’t getting enough credit for the event.

Media coverage of Read Across America has been prodigious all across the nation for 20 years, but many of those stories don’t mention NEA, much less the union’s part in creating and organizing the event. The Seuss connection and the presence of celebrities and politicians, while greatly adding to the project’s success, also overshadowed NEA’s role.

For 2020, NEA developed a self-owned logo, and while it plans to retain Dr. Seuss’s birthday as the key date for Read Across America, the union wants to expand the time frame so it is more of a year-round occurrence.

Along with the rebranding, NEA is also using the opportunity for some good old-fashioned membership recruitment. The Read Across America website has a contact form for those interested in joining the union.

Whether Read Across America will be improved or diminished by the changes is anyone’s guess. As long as the kids enjoy it, it’s worth having around.