Union Report: More Bad News for Unions — Many May Have to Disclose Their Finances 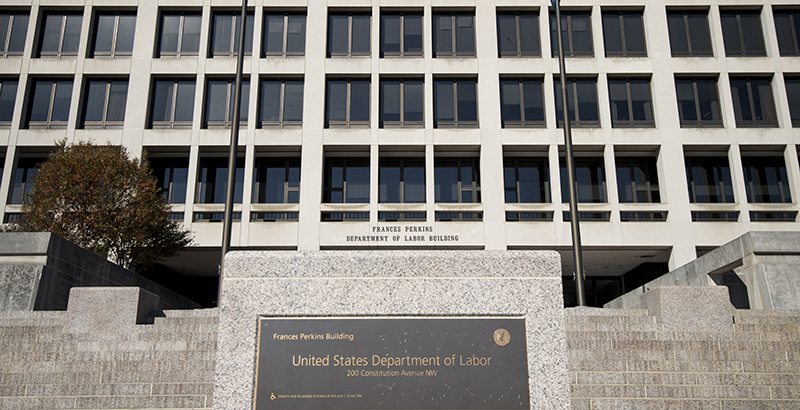 Most of what members and the general public know about how unions spend dues money comes courtesy of the Labor-Management Reporting and Disclosure Act (LMRDA) of 1959. Unions subject to the law are required to itemize virtually every financial transaction they make and file an annual report, known as an LM-2. Because of the LM-2, members and the public know how much unions have spent on ballot initiatives, contributions to advocacy groups, and compensation to each officer and employee.

The law was interpreted from the beginning to apply only to unions operating in the private sector. That may be about to change, however, and it will have dramatic consequences for affiliates of many public employee unions — particularly teachers unions — that have been operating out of the public eye.

Before I can explain how or why, we’ll need a short history lesson. I’ll try to make it as painless as possible.

The LMRDA was sponsored by Democratic Rep. Phillip Landrum of Georgia and Republican Rep. Robert Griffin of Michigan, which is why the law is often referred to as the Landrum-Griffin Act. It came about as a result of corruption and mob influence in industrial trade unions during the 1950s. The law set rules for fair and open elections, detailed the rights of union members, and provided for the disclosure of union expenditures.

The LMRDA defines a “labor organization” as existing for the purpose of “dealing with employers” on workplace issues “in an industry affecting commerce.” But the act’s language also excludes governments and political subdivisions from its definition of “employer.”

Unions whose membership consists entirely of government employees are not, and have never been, subject to the provisions of the LMRDA. However, if a union has even a single member employed in the private sector, it was, and is, required to abide by the act’s provisions.

How this works in practice can be illustrated by looking at the National Education Association. Some of its state affiliates enroll members who work in the private sector. The Pennsylvania State Education Association, for example, has members who are private sector nurses and health professionals. PSEA is required to file an LM-2. Because those PSEA members are also members of NEA, NEA is also required to file an LM-2.

Most NEA state affiliates, like the California Teachers Association and the New Jersey Education Association, have no private sector members and have never filed an LM-2.

The LMRDA also established rules and disclosure requirements for union trusteeships, which refers to the process used by national and state unions to take control of an affiliate, usually because of malfeasance or a financial crisis. The interpretation of the law enabled NEA to escape any formal scrutiny of trusteeships it placed over its state affiliates in Indiana, South Carolina, and Alabama during the past 13 years. Even though NEA, which established the trusteeships, is subject to the LMRDA, the Department of Labor did not exercise oversight because those three affiliates have only public sector members.

In 2003, the U.S. Department of Labor proposed a rule change that contained a new interpretation of language in the LMRDA, stating that “any conference, general committee, joint or system board, or joint council” that is “subordinate to a national or international labor organization” is subject to the act. In other words, if your union was affiliated with a national union regulated by LMRDA, your union was also regulated by LMRDA.

The National Education Association and the American Federation of Teachers wasted no time in filing suit on behalf of 39 state affiliates that would be affected. Alabama Education Association v. Chao bounced through the courts for years, with unions first winning a summary judgment, followed by a government appeal that resulted in a decision remanding the issue to the Labor Department “to provide a reasoned explanation for its new policy.”

In March 2008 the D.C. District Court ruled that the secretary of labor had acted within her authority and granted a summary judgment against the unions. In February 2009 the court denied the unions’ motion for reconsideration, clearing the way for the LMRDA to be enforced on all those affiliates.

But, as you may recall, by February 2009 we had a new president of the United States. His Labor Department had no intention or motivation to apply the LMRDA to public employee unions, and so it did not do so, instead assuring the unions it would abide by the traditional interpretation.

That’s how things stood until last year, when, as you may also recall, another new president of the United States was sworn in. Eventually his Labor Department quietly announced it would return to the 2003 interpretation.

The Labor Department has not responded to my request for a timeline for the enactment of the regulation. It does not appear that any additional formal action has been taken.

I would expect NEA and other public employee unions to mount another legal challenge with the hope of at least running out the clock on the Trump administration. The previous court rulings will make that more difficult this time.

If the regulation goes into effect and is enforced, many teachers union affiliates will have to disclose how they spend virtually every dues dollar, at the very time when teachers are free to decide whether or not they will hand over those dollars to the union. The LM-2 could become the Consumer Reports for teachers as they make that choice.