Union Report: L.A. Teachers Union’s Endorsement of Bernie Sanders May Affect the Union More Than It Does the Sanders Campaign 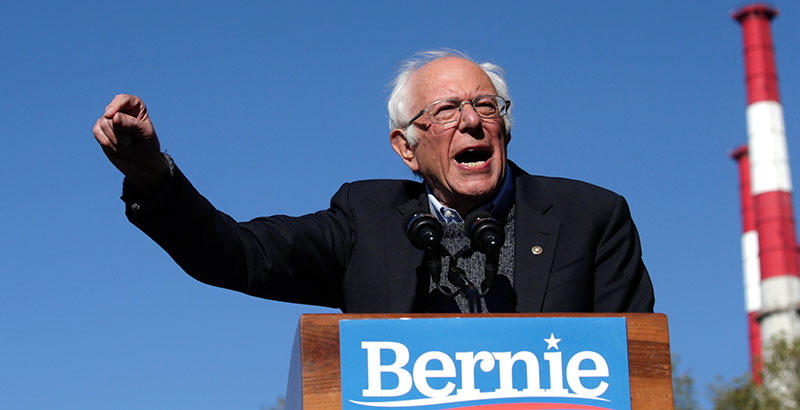 The representative bodies of United Teachers Los Angeles have voted to endorse Sen. Bernie Sanders for the Democratic nomination for president of the United States. UTLA is the first teachers union to endorse a 2020 presidential candidate, which is more of an issue than whether UTLA support will significantly aid the Sanders campaign.

Any union’s endorsement of Sanders is not shocking. His pro-labor credentials are impeccable. What makes the UTLA move noteworthy is its dismissal of a host of other candidates, many of whom are just as worthy of union support. Couple it with UTLA President Alex Caputo-Pearl’s badmouthing of former presidents Bill Clinton and Barack Obama, and it’s fair to say the Sanders endorsement is also a shot across the bow of the National Education Association and the American Federation of Teachers.

AFT President Randi Weingarten was quick to respond to the UTLA action with a press statement.

“As part of this AFT Votes endorsement process, we have enabled locals and state federations, if they choose, prior to any national endorsement, to endorse a candidate for the purpose of their state primary or caucus,” Weingarten wrote.

Let’s parse that sentence. The use of the word “enabled” implies that locals and state federations would not be able to endorse candidates without AFT approval. It’s highly doubtful that the national union has any control over how and when locals endorse candidates. Additionally, there is no indication that UTLA endorsed Sanders merely to boost him in the California primary.

Weingarten also included information that has not been previously shared with the public (or with AFT members, as far as I can tell). It serves no other purpose than to downplay UTLA’s action.

“We anticipate that other AFT affiliates may endorse other candidates prior to their states’ primary or caucus,” she said. “Our recent member polling indicates that Vice President Joe Biden and Sen. Elizabeth Warren have healthy double-digit support, followed by Sanders and several other Democratic candidates.”

To me, this reads like, “UTLA endorsed Sanders, who, by the way, is running no better than third among our members.”

If UTLA has stepped on some toes at the national level, it also may have some problems at the school level.

The union can legitimately tout that it “overwhelmingly” endorsed Sanders, but it was a very small electorate with a severely truncated choice.

UTLA claims 34,000 members, but the voters numbered only in the hundreds. The union provided a timeline of its endorsement process, and it showed that as the electorate grew, support for Sanders fell.

On Sept. 11, the union’s board of directors voted 35 to 1 (97.2 percent) to begin the Sanders endorsement process.

On Nov. 13, the union held an advisory vote of school chapter chairs and any rank-and-file member who showed up to regional meetings where voting was held. The union announced that 72.5 percent voted to endorse, but we know only that “more than 500 elected site representatives voted.”

The next day, the UTLA House of Representatives officially voted 80 percent to endorse Sanders, but again, we didn’t get a vote total.

It’s possible that a vote of the entire membership would have resulted in a Sanders endorsement. Rank-and-file turnout for any UTLA election is traditionally low, but union leaders didn’t risk it. Political endorsements are democratically conducted within a top-down framework. It ensures that union representatives get a vote, but only for the candidate chosen by union leaders.