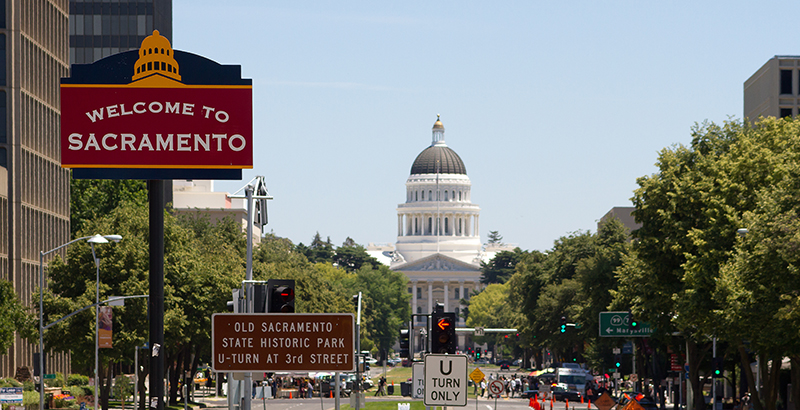 This piece was produced in partnership with LA School Report.

How important is K-12 public education to California voters as they choose a new governor this year?

Very. And that sentiment is growing.

Nearly two-thirds — 64 percent — of likely voters in a new survey called education “very important,” an increase from 58 percent four years ago when the same question was asked.

A full 90 percent said candidates’ positions on education are important to them.

“Despite a rancorous political climate, majorities across party lines agree that the candidates’ positions on K-12 public schools are very important in deciding whom to support,” Mark Baldassare, PPIC’s president and CEO, said in a statement.

“The proportion of likely voters who said that the candidate’s position in K-12 is very important to them when thinking about the governor’s race is overall steady but has increased from 2010,” Lunna Lopes, a PPIC survey research associate, said in an interview. 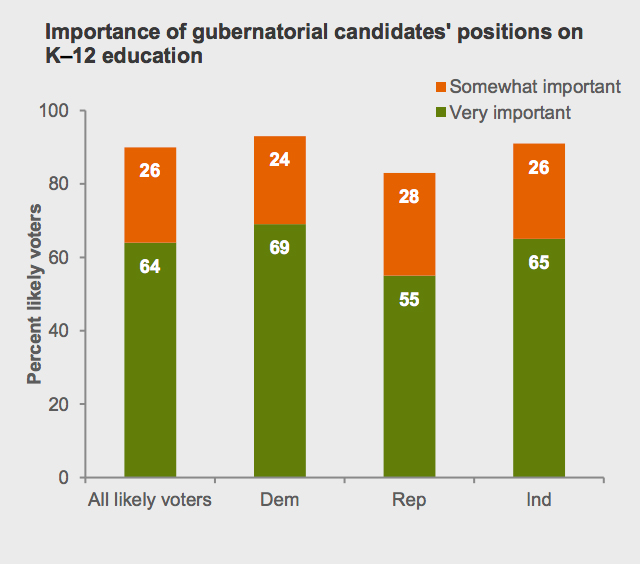 When asked, “If the June primary for governor were being held today, and these were the candidates, who would you vote for?” 26 percent of respondents said they would give their vote to Gavin Newsom, 15 percent to John Cox, 13 percent to Antonio Villaraigosa, 10 percent to Travis Allen, 7 percent to John Chiang, and 6 percent to Delaine Eastin.

The survey also found that an overwhelming percentage of likely voters are undecided about who they will vote for in the nonpartisan primary election for state superintendent of public instruction. Three-quarters said they didn’t know. Among the other respondents, Tony Thurmond and Marshall Tuck tied with 13 percent each.

California parents had an overall positive perception of their local public schools.

“There’s concern when it comes to the overall educational system, but when we ask them about their specific schools, they think very positively of them. It’s not very shocking to see that,” Lopes said. “When we asked parents to give their public schools a grade, they generally give a very positive rating.”

The gap is similar to a significant disconnect in how parents think their children are doing in school versus reality. A national survey last year by Learning Heroes, a Washington, D.C.–based nonprofit, found that 9 in 10 parents think their children are performing at or above grade level in math and reading. But results from the National Assessment of Educational Progress, known as the Nation’s Report Card, reveal that only 1 in 3 U.S. fourth- and eighth-graders are proficient in reading, and this year’s results, released last week, were mostly flat.

For the first time, the survey included a question about the access parents have to schools and the quality of schools.

Unexpectedly, Lopes said, an overwhelming majority — 83 percent, or more than 8 in 10 public school parents — said they feel they can easily find information about the quality of their child’s school.

But over half of them — 56 percent — have not heard at all about the California School Dashboard. The state’s new color-coded school assessment tool uses multiple measures to evaluate how K-12 schools are performing.

“That’s something that really struck us,” Lopes said. “This really brings up the question where parents are turning to find information about the quality of their child’s school. We definitely want to explore in future surveys to see if parents are turning to school websites, media, friends and family, or neighbors to get a sense of how the schools in their community are.”

Another new question in this year’s survey was what kind of school parents would pick if there were no issues of cost or location.

Considering all things equal, 35 percent of parents would pick a public school, 31 percent would pick a private school, 18 percent a religious school, and 13 percent a charter school.

“This is the first time we asked this question. It is a national question, being asked last year by the Phi Delta Kappa/Langer Research national survey, and they got pretty similar results to what we found,” Lopes said.

She explained that this fits with people’s overall positive perception of their local schools.

Other new information in this year’s survey, and an expected result, was that 82 percent of parents said they’re concerned about the threat of a mass shooting in their local schools. The survey started the day after the March for Our Lives demonstrations across the country that were spurred by February’s school shooting in Parkland, Florida. But 68 percent of parents opposed allowing more teachers and school officials to carry guns in schools.

The PPIC statewide survey questioned more than 1,700 California adult residents from March 25 to April 3, in English and Spanish, on different education issues.