Twice as Many Schools Pushing Integration, Versus 10 Years Ago — Based on Class Rather than Race 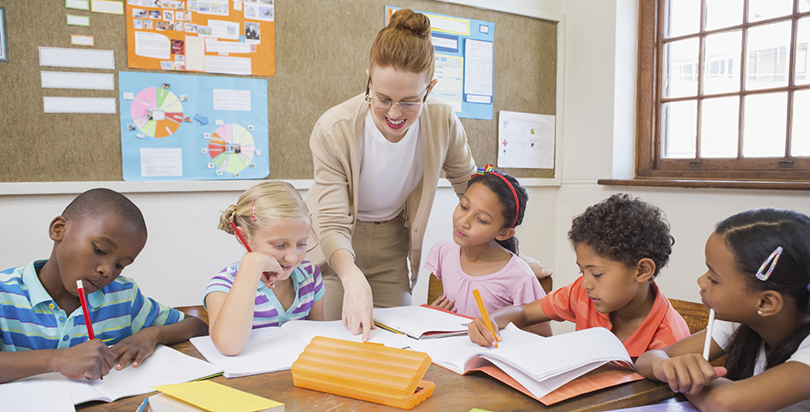 Efforts to integrate schools have stirred emotions and made news headlines in recent months, and the Obama administration is poised to request $120 million specifically to address segregation in America’s classrooms. Now a new report reveals a significant increase in school districts and charter schools that are explicitly embracing integration — at least based on socioeconomic status.
The study — issued by The Century Foundation, a progressive think tank, and written by Halley Potter, Kimberly Quick, and Elizabeth Davies — finds that 91 districts and charter networks employ some strategy for enhancing integration based on class or income. That’s a more than twofold increase from 2007, when just 40 districts employed such a strategy, and a modest increase from 2012.

These findings are significant because research has generally found that race- and socioeconomic-based integration benefit low-income students of color without any negative effects for more affluent students. In fact, a second report released today by The Century Foundation argues that enhanced racial diversity helps all students in terms of achievement and tolerance, among other outcomes.

The new findings come as political and legal setbacks have dogged integration initiatives across the country. School busing has long faced a fierce backlash, and de facto racial segregation has improved only modestly since the late ‘60s. In 2007, the Supreme Court significantly limited race-based integration, and in a recent interview with The 74, former Secretary of Education Arne Duncan acknowledged that he was largely unsuccessful in expanding integration.
Some have suggested socioeconomic integration may be a more politically palatable — and  legally tenable — alternative to racial integration, and Tuesday’s report gives some credence to this argument: “The ways in which socioeconomic status affects children’s opportunities is something that I think more political leaders from across the spectrum have been able to really understand,” said study co-author Halley Potter.
A total of 4 million students — 8 percent of public school enrollment — now attend a district or charter that considers socioeconomic status when making school assignments, according to the report. The authors detail a variety of strategies that districts have employed, the most popular ones being redrawing attendance zones of neighborhood schools and using weighted lotteries for magnet schools. Some methods affect all students in a given district, whereas others only impact some.
The authors’ favored approach — used by just 16 school districts — is a district-wide weighted lottery, in which families rank schools by preference, and students are assigned to schools based both on that preference and formulas that ensure diversity in each school. “The most successful methods of school integration are ones that have choice built into them,” said Potter — though the report cautions that unfettered school choice can actually increase segregation in some circumstances. The eight charter networks and schools considering socioeconomic status also use weighted lotteries.
The report emphasizes that there are many ways to pursue integration. “What’s heartening is from a policy perspective to see that districts and leaders are taking up these ideas and are developing new solutions … We have an impressive toolkit for folks who want to use these policies,” Potter said.
Although the study finds an encouraging increase in socioeconomic integration efforts, outside indicators present a much more sobering picture of segregation in modern America. Since 1990, schools have become more isolated by class, and Potter acknowledged that racial-integration initiatives have likely been scaled back — partially in response to the Supreme Court’s limitations — as class-based alternatives have spread.1

“[The districts pursuing integration are] not going to be enough to stem the tide of growing segregation that’s responding to many other forces, including what all those other school districts are doing and the trends of their school enrollment policies — combined with the fact that we’re seeing increased residential segregation and growing concentrations of poverty in our neighborhoods,” Potter said. “To really combat that we would need to see this taken to an even greater scale.”

1. The authors point out that class can be a proxy for race, and that some measures of socioeconomic status — such as neighborhood census data — can be particularly effective in this regard. (return to story)