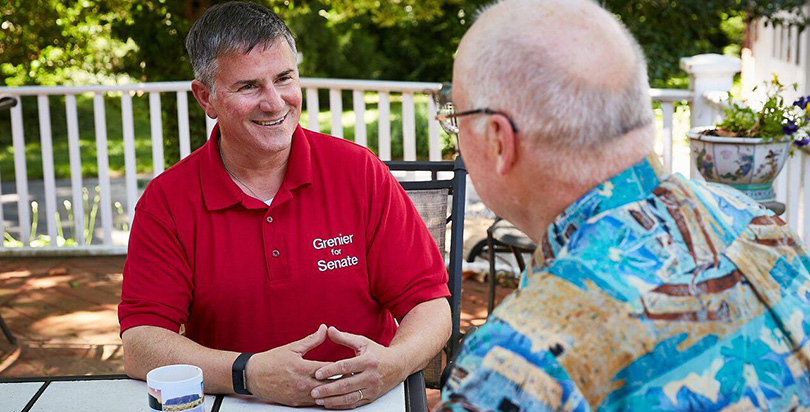 They’re not up there with Billy Graham, but teachers unions continue to be trusted by much of the American public.

Their success at projecting a we’re-in-it-for-the-children-like-Jonathan-Kozol image has been a bitter pill for many reformers, who see someone more like Frank Underwood across the table, with Luca Brasi outside the door.

Not all reform leaders are as discomfited. Many say, “The union is doing what it’s supposed to be doing: putting members first.” They explain that unions are not monolithic, pointing to the head of the American Federation of Teachers: “Randi would be more conciliatory, but she’s trying to wrangle her left flank.”

The New Jersey Education Association, the second- or third-largest state affiliate of the National Education Association (depending on whether you count the hybrid New York state union), has in recent months offered a refreshingly straightforward exercise of political power.

There is no veil of innocence here — the 200,000-member union doesn’t pretend to be pure and editorial pages are OK treating it as a power broker rather than compromised children advocates. (NJEA’s mission: “to advance and protect the rights, benefits, and interests of members, and promote a quality system of public education for all students.”)

Unions are threatened on many sides, but NJEA’s approach seems to have served it well. It maintains 13 lobbyists in Trenton, according to Philly.com, and spent more than twice as much as any other group in the state between 1999 and 2014. In 2016, it ranked second in the state, with $2.6 million spent on communications alone; by contrast, AARP ranked fifth with $398,000.

It lets its leadership know they’re loved: The union’s 10 highest earners averaged $600,000 in 2013 and $425,000 in 2014. In 2013, four NJEA executives earned more than $700,000, including two who clocked in at $899,062 and $818,112, respectively. Some of this was deferred compensation, but the pay dwarfs earnings of NEA’s national leaders; of leaders of the much larger teachers unions in California, New York, and New York City; of affiliate and national leadership of other unions; and of high-spending trade groups like the nearby New Jersey Hospital Association.

Gov. Chris Christie tried to make hay of the executive-suite-sounding compensation of union brass, but by the time a news outlet resurfaced the numbers earlier this year there was barely a peep in the media or in state political circles.

It is pouring hundreds of thousands — probably millions by the fall elections — into ads, mailings, and campaign organizing to replace South Jersey’s favorite son, a powerfully built union ironworker who has run the upper chamber since 2009 and never lost an election.

Grenier supported Donald Trump for president. He was a member of the electrical workers union, but the president of his local, which is supporting Sweeney, said he is “not a union guy.”

He opposes Abbott districts, created by the courts to ensure that schools in New Jersey’s several poor cities received funding necessary to provide an adequate education. (“Why does one community get a break over another?” he asked.) He supported the near-starvation school funding plan Christie released last winter.

How, then, does Grenier become the champion of one of the nation’s most powerful teachers unions, whose positions otherwise echo Bernie Sanders? Especially given NEA chief Lily Eskelsen García’s pledge at the union’s annual gathering earlier this month: “I will not allow the National Education Association to be used by Donald Trump or Betsy DeVos … We will not find common ground with an administration that is cruel and callous to our children and their families.”

Neither NJEA nor NEA officials responded to calls asking for clarification. In a June statement, NJEA cited “Sweeney’s anti-union record and lack of honesty with NJEA members” as reasons for endorsing Grenier.

“It’s better than what they have,” said Ben Dworkin, director of Rider University’s Rebovich Institute for New Jersey Politics. “At least that’s how they think about it.”

The relationship between Sweeney and the union has been souring for years, dating at least to his 2011 support for pension reforms NJEA strongly opposed. He failed to push Christie on school funding, the union has argued, and whatever good feeling remained blew to pieces after Sweeney reneged on a promise to the union by choosing not to hold a vote on a constitutional amendment requiring the state to fund pension payments.

He subsequently accused the union of bribery and extortion, saying it threatened to withhold contributions to Democratic party officials unless they supported pension legislation.

The union’s real hope, Dworkin believes, is not so much winning as making a statement.

“As long as they keep it close, they put everyone else on notice,” he said in an interview. “They’re making Sweeney focus on his own district. That says to every legislator, if you cross them repeatedly, they’re going to come after you; there’s a cost. If they lose, they still win.”