Tucker Haynes: Why Should Tax Dollars Go to Schools Designed to Segregate? 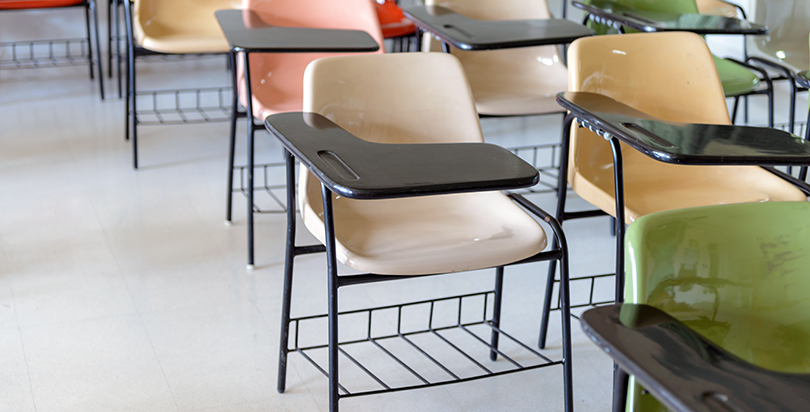 Corrected April 28
If Education Secretary Betsy DeVos gets her way, Congress will pass a hefty financial package to give parents vouchers to send their children to private schools. And she may well get her way. A Republican-dominated Congress has a newfound enthusiasm for siphoning off public funds for private educational institutions.

But that’s no way to improve educational opportunity for those children who need better schools. Recent studies show that poor kids receiving vouchers to attend private schools don’t do as well academically as their peers in traditional public schools.

Indeed, taxpayer-funded vouchers are problematic for several reasons. They would send taxpayer dollars to elitist schools that serve mostly one-percenters, subsidizing classrooms that cater to the rich. They would give public funds to poorly run and unaccountable schools, since many private schools have no academic oversight. And vouchers would send public dollars to fund religious schools, despite the fact that many taxpayers would oppose the religious views espoused by those schools. (Try to imagine Muslim students receiving vouchers to attend an ultra-conservative Islamic school. What would the response be from conservative Christians?)

A voucher plan would also mean taxpayer support for the “seg academies” that still thrive across the Deep South. There may be no segment of the private school universe that is more offensive — more un-American — than the segregation academy, a holdover from the backlash that followed the Supreme Court’s 1954 Brown v. Board of Education decision. During the 1960s and ’70s, segregated private schools sprang up across the South to resist the court’s ruling. Decades later, a few of those schools have adapted and now accept students of color, but many are still overwhelmingly — or exclusively — white.

As just one example, the “seg” academy in my hometown of Monroeville, Alabama — Monroe Academy — has never had a black student in its nearly 50 years of existence. A few of these bastions of antediluvian prejudices have deigned to admit black football or basketball players to improve their athletics prospects, but Monroe Academy is not among those. Opened in 1969, it currently has more than 400 students, all of them white.

Why should my tax dollars be used to support schools that discriminate against students of color — that were opened, in fact, to continue the odious tradition of strict racial segregation? Why would Congress want to grant taxpayer dollars to schools that exist to keep white students from having to rub shoulders with black and brown children? Isn’t the Trump era divisive enough and fractious enough without providing public support for institutions that actively engage in racial discrimination?

DeVos, scion of a wealthy family from western Michigan, may not be aware of the odious history of segregated schools in the South. Nor does she seem particularly concerned about evidence showing that public schools across the country have resegregated since the 1990s. She just directed the Department of Education to end Obama administration grants intended to help school districts increase socioeconomic diversity in classrooms — which might have also helped increase racial diversity.

But if DeVos has an excuse for her naïveté, Sen. Tim Scott, an ardent champion of vouchers, does not. A black Republican from South Carolina, Scott has proposed a bill that would offer generous assistance to children from military families: up to $8,000 for elementary school tuition and up to $12,000 for secondary school costs.

Military families are an odd place to concentrate an effort to provide better educational options, anyway. Research shows that students in the schools operated by the Pentagon post, on average, higher test scores than their peers in traditional public schools.

But it’s odder still given that Scott knows the history of state-sanctioned segregation in the Deep South — a tradition that lives on in some private academies. In an email exchange, Scott’s office repeated his oft-stated mantra about education choice: “The CHOICE Act will help our most vulnerable students gain access to a quality education. The bill has the potential to benefit more than 6 million students, including children with disabilities, military families, and low-income students.” He said nothing about taxpayer support for “seg” academies.

Still, vouchers would provide a significant boost to such schools because students seeking to attend could more easily afford tuition.

In other words, vouchers would help such schools to thrive. Is that the educational legacy that the administration of President Donald J. Trump intends to leave?

This essay has been revised to correct the name of Sen. Tim Scott.