Tucker Haynes: Why ‘Hidden Figures’ Should Be Required Viewing at Every U.S. School 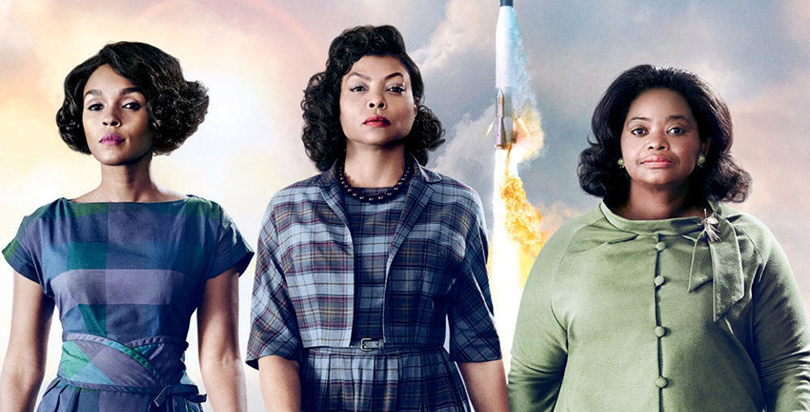 It took a devastating World War and the threat of domination by an expansionist Communist empire to propel the government of the United States past its prejudices.
It was in 1943 — when the country desperately needed every competent mathematician it could find — that Dorothy Vaughan, a black female math teacher in Virginia, went to work at the National Advisory Committee for Aeronautics, precursor to the National Aeronautics and Space Administration (NASA).
As hot war yielded to a still-frightening cold one and the Soviets began to outdistance Americans in the race to outer space, the government would recruit more black women to its efforts, landing the math prodigy Katherine Johnson and the would-be engineer Mary Jackson.
Their groundbreaking and inspiring stories are told in the hit movie Hidden Figures, which has been nominated for three Academy Awards.
It’s a biographical film that ought to be required viewing at every school in the country. (My second-grade daughter has seen it twice. Though the themes are a bit advanced for her age, she got the gist of it.)
Adapted from a history written by Margot Lee Shetterly — Hidden Figures: The American Dream and the Untold Story of the Black Women Mathematicians Who Helped Win the Space Race — the movie takes a few liberties, including altering the timeline, for the sake of dramatic retelling.
But it hews closely to fact, telling the remarkable tale of three black female mathematicians who made critical contributions to the nation’s space program despite being hampered by explicit racism and sexism.
The message is still timely. As the United States becomes increasingly diverse, it’s important to inspire all children to see themselves as capable in all subjects, including the sciences. That’s the reason for the push in STEM education — to produce more graduates with expertise in science, math, engineering, and technology. It means showing girls that they are capable of building robots and inspiring children of color to tackle calculus.
(The 74: Opinion: In Search of America’s Hidden Figures)
Decades ago, it was the demands of World War II that forced the nation to acknowledge its need for more brainpower — even if that meant moderating the codes that dictated behaviors along the color line and between the sexes.
After Pearl Harbor, as men of every race were sucked into the war effort, President Franklin Roosevelt called upon women to take civilian jobs that were going unfilled. He also understood that he needed to allow the most talented Americans, no matter their race, to serve their country. So he issued executive orders to desegregate the defense industry and to end discrimination in hiring among federal agencies.
Still, Vaughan (portrayed in the film by Octavia Spencer), Johnson (played by Taraji P. Henson) and Jackson (played by Janelle Monae) are dogged by stereotypes, plagued by racism, hemmed in by chauvinism.
During their early years at NACA, they, like all black workers, were restricted to separate dining and restroom facilities. Indeed, all three were originally hired into the racially segregated West Area Computers at the Hampton, Va.–based Langley Research Center — a section known at the facility as Colored Computers. (They were, quite literally, human computers performing complex calculations.)
And they were paid less than their white female counterparts, who weren’t paid that much to begin with. As NASA historian Bill Barry told Popular Mechanics about the space program’s decision to hire female mathematicians: “The women were meticulous and accurate … and they didn't have to pay them very much.”
Still, the women featured in Hidden Figures rose in the space program — propelled by their intellectual skills, courage and fierce determination. Their white male superiors were finally forced to acknowledge that they had “the right stuff.”
Given that history, you’d think that the nation would long ago have snuffed out any residual prejudices that have limited the aspirations of girls and kids of color. Surely, we know by now that we are at our best when we push all of our kids to achieve at the highest possible level. But we are not there yet.
Cultural expectations and peer pressure still limit girls. It’s only been a decade or so since then–Harvard University President Lawrence Summers mused aloud that the scarcity of women in the top levels of mathematical attainment might be due to a difference in innate ability.
Children of color, meanwhile, are held back not only by cultural expectations but also by very real limits on educational resources, including under-financed schools. Reporting in The New Republic in 2015, Ebony McGee wrote that, in 2011, blacks received just 6 percent of all undergraduate STEM degrees, with black men receiving less than half of those.
We can do so much better than that — as the powerful film Hidden Figures reminds us.
Submit a Letter to the Editor
February 23, 2017