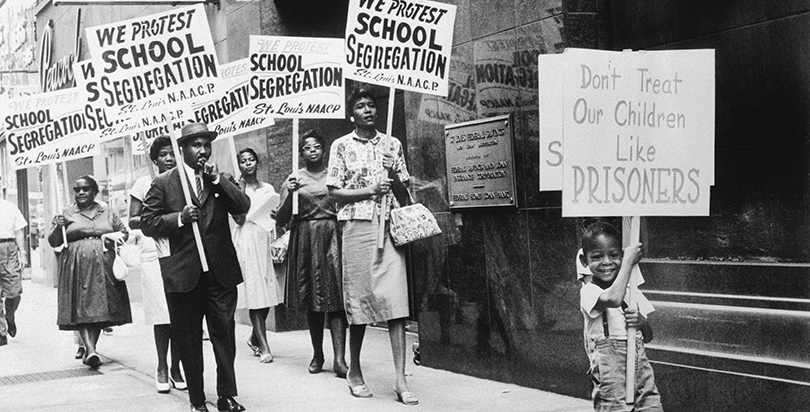 When President Barack Obama leaves office in January, public charter schools will lose their most influential patron. Still, the legacy he leaves is his example: He has shown that if you care about the education of black and brown children, as he certainly does, you ought to support public charter schools.
For all the controversy that charter schools are provoking at the moment — comedian John Oliver recently got in on the act, lampooning the antics of a select few outrageous operators — they represent the best laboratories for innovation in K-12 public education today. The best among them have rescued countless children, particularly children of color, from factories of failure.
So why is it that the nation’s most venerable civil rights organization, the National Association for the Advancement of Colored People, recently called for a moratorium on new charters? It was joined a few days later by one of the nation’s newest civil rights collectives, the Movement for Black Lives, a coalition that includes Black Lives Matter. (One Black Lives Matter leader in Minnesota recently announced he was leaving the movement over that shift in education policy.)
The long-running backlash against charter schools — now stoked to a full frontal assault — has been fueled largely by the traditional educational establishment, which views them as a threat. That establishment fears unfavorable comparisons with traditional public schools and more job losses for teachers and principals in low-performing ones. The sense of insecurity is especially keen among black educators, many of whom are, of course, active members of the NAACP.
For generations, teaching has been the backbone of the black middle class, and the movement for public education reform has driven a wedge between black teachers and principals, on one side, and poor and working-class black parents, who are desperately seeking alternatives to the low-performing schools in their neighborhoods, on the other. Last year, the Black Alliance for Educational Options released a survey of black voters in four states — Alabama, Louisiana, New Jersey and Tennessee. It found that majorities in each state favor charters.
This is the way Lakisha Young, a black parent in Oakland, Calif., put it in an op-ed she wrote for the East Bay Times: “We received the moratorium demands from NAACP and BLM with dismay and want to respond clearly to them: If your solution is simply to turn off the tap and ban new charter schools, then you do not speak for us.”
(Related: NAACP considers doubling down on charter school opposition, as civil rights leaders disagree)
Given the stakes, it’s no surprise that some high-profile black civic leaders also strenuously object to any suggestion of a moratorium on charter schools. Among them is Michael Lomax, president of the United Negro College Fund, who noted that the status quo is failing a lot of black children. “Rather than talking about moratoriums, we ought to be shutting down the broken models and focusing on what works,” he told me.
Certainly, charter schools are no panacea. They don’t miraculously change middling students into rocket scientists or produce prize-winning scholars overnight. They don’t magically ameliorate the effects of poverty or protect children from the violence and despair that wrack some neighborhoods.
And some critics have legitimate complaints about the charter school sector. A few state legislatures — Michigan comes to mind — have nurtured for-profit charter operators who bleed public resources without improving public education. Some charter schools have relied on overly harsh disciplinary measures that result in too-high suspension rates. Those problems have to be fixed if public charter schools are to work as they were intended.
But some of the complaints about charter schools are inherent in their design. They are intentionally disruptive of a status quo that simply leaves too many children behind. They bypass the traditional school administration so that they can experiment with longer school days or six-day weeks, an Afrocentric curriculum or single-sex education, to name a few examples. Sometimes, traditional public schools are closed and reopened as charters, with different teachers and principals. Longtime educators do sometimes lose their jobs.
But one study after another has shown that the best among charter schools raise the academic levels of children of color, particularly those from poor and working-class homes. “The typical student in an urban charter school receives the equivalent of 40 additional days of learning growth … in math and 28 days of additional growth … in reading compared to their matched peers in [traditional public schools]. The results were found to be positive for nearly all student subgroups, but especially strong for students who are minority and in poverty, who are a significant portion of the urban student population,” according to the Urban Charter School Study by Stanford University’s highly respected Center for Research on Education Outcomes. Those increases may seem paltry, but they matter greatly in the lives of children who may now be afforded the opportunity for college.
Those children ought to be at the center of any civil rights activism. Their classroom performance, not job security for educators or profits for investors, should matter most.
Submit a Letter to the Editor
September 12, 2016