Trump’s First Big Victory Is on Education Spending: How Obama Fought GOP on Title I — and Lost 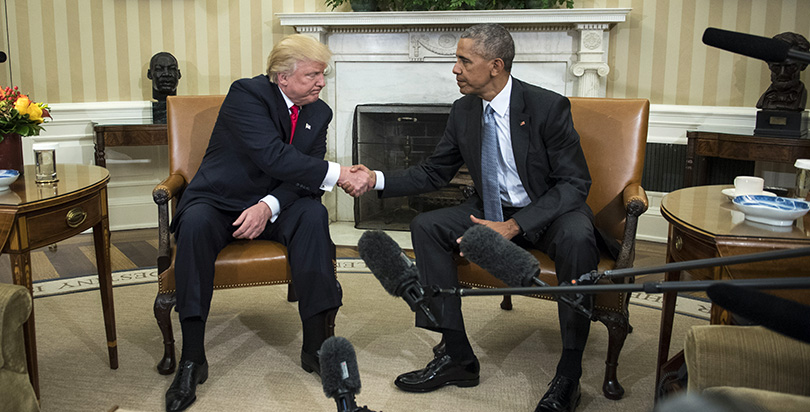 In the final days of his presidency, Barack Obama conceded defeat in one of his boldest bids to bring more equity to public schools by pulling back controversial rules over how states and school districts must account for their education spending.

The Department of Education’s withdrawal of the proposed rules, known as “supplement not supplant,” means that setting those guidelines now falls to Donald Trump, who has his own very different ideas about how federal tax dollars should be spent on K-12 education.

That handoff between Obama and Trump may be symbolic of other shifts to come in education policy, but the Education Department said it simply ran out of time “to publish a strong final regulation that lives up to the promise of” the Every Student Succeeds Act, the nation’s new K-12 education law.

Education Department spokeswoman Dorie Nolt said via email that there are still too many places that underfund high-need schools and that the “law is clear that it is unacceptable to systematically underfund low-income schools and fill the hole with federal resources.”

Federal law requires states and districts to prove that federal Title I dollars, aimed at boosting the education of low-income students, are being used in addition to, rather than in place of, state and local dollars.

The Obama administration’s proposal would have required including teacher salaries when making those calculations. The intent was to make school districts take into account the disparities in compensation — and accompanying classroom experience — of teachers in low- and higher-income schools. Teachers unions said such a proposal could force higher-paid, more experienced teachers to transfer to lower-income schools, in violation of bargaining agreements. Advocacy groups for superintendents and other local leaders said it could upend school finance systems.

Republicans, meanwhile, said such a federal edict to states and school districts ran afoul of prohibitions written into ESSA. The GOP-controlled Congress would almost certainly have blocked the administration’s regulations if they had been finalized ahead of Trump’s inauguration.

The more aggressive interpretation of supplement-not-supplant had been a pillar of Obama’s and Education Secretary John King’s focus on school equity. Over the past eight years, that pursuit has touched on everything from spending to discipline to access to advanced courses.

The outgoing Obama administration encouraged advocates not to give up on the proposal. ESSA does for the first time require states and districts to report on per-pupil spending by school. That figure must include actual teacher salaries, as opposed to a district or state average that critics say obscured how teacher resources were really distributed at the local level.

“We urge supporters of public education across the country and the political spectrum to continue the fight for equitable access to resources both within and across school districts,” Nolt said.

Congressional Republicans, who had long pledged to do everything they could to stop the Obama administration rule if implemented, celebrated the news.

(The 74: Criticism From GOP, Concerns From Democrats on ‘Supplement Not Supplant’ ESSA Funding Rule)

House Education and Workforce Committee Chairwoman Virginia Foxx called the withdrawal “a significant victory for students, parents and school leaders across the country,” adding that it violated federal law and never should have been proposed.

Senate Health, Education, Labor and Pensions Committee Chairman Lamar Alexander also said the regulation violated federal law and would have dictated from Washington how states and districts should spend their own tax revenue. The regulation was perhaps the biggest sore spot in his relationship with King.

(74 Interview: Lamar Alexander on Keeping ESSA From Becoming the Next Obamacare)

The spending rule, along with several other major regulations needed to implement ESSA, is now in the hands of the Trump administration and, should she be confirmed, Education Secretary–designate Betsy DeVos.

Both committee leaders said they look forward to working with the Trump administration to implement ESSA, as Foxx put it, “in a manner that respects the letter and intent of the law.”

DeVos during her confirmation hearing this week wasn’t asked specifically about the supplement-not-supplant rule, but she pledged to implement the law as Congress intended and adhere to the various limits it contains on the education secretary’s authority.

One option for a GOP-approved replacement for the rule could be a plan floated late last year by the Council of Chief State School Officers, a group representing state education secretaries. It would have districts dole out local revenues in a way that doesn’t consider the poverty level in a school. The federal Title I money would then be added on top of those dollars to help needy students. The plan earned Alexander’s blessing.

Whatever alternative the Trump administration proposes, it likely will come soon.

The Obama education department set deadlines of April 3 and September 8 for states to submit their ESSA plans, with identification of underperforming schools to begin in the 2018–19 school year.

DeVos during her hearing said she “absolutely” plans to stick to that schedule.

“If there’s any confusion or question around transition, rest assured it would be a high priority, if confirmed, for me to ensure that the plan is adhered to and that the law is implemented as you all intended,” she said.

Further disruption to the Title I program may be in the works. Trump on the campaign trail proposed allowing $20 billion in existing federal funds — most of it likely to come from Title I — to go to state programs that would allow the money to follow poor children as they transfer among traditional public, charter and private schools.