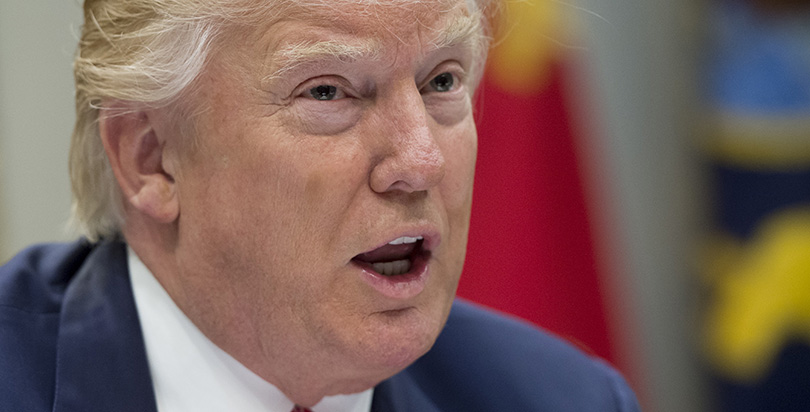 Washington greets the president’s annual budget release the way it does a forecast of a few inches of snow — which is to say, often with a huge overreaction.

Much like there’s little need to rush out for bread and milk, advocates probably shouldn’t worry that the federal budget house will immediately come crashing down.

The Trump administration is days away from releasing its first budget proposal, and it reportedly will request big changes — and cuts — to the Education Department.

What’s most important to remember is that Trump’s budget is, in essence, an opening bid in an ongoing negotiation with Congress.

“Presidents’ budgets are nothing but a recommendation. They are the first step in a long process, and are often completely or mostly ignored,” said Mike Petrilli, president of the Thomas B. Fordham Foundation, who worked in the Education Department under George W. Bush.

House and Senate appropriations committees will write the final bills, and in the Senate, at least some Democrats will have to vote to pass them. Cuts of the magnitude Trump will reportedly propose have been tried before — by Ronald Reagan, most notably — and never actually happened.

A brief background: the Education Department’s current budget is about $68 billion, with about $38 billion going to K-12 programs. The reported Education Department cuts are part of a proposed $54 billion in eliminations spread across the federal government to make up for an equivalent increase that Trump wants to see in defense spending.

Education Week reported Monday that the department could see a $6 billion reduction, or about 9 percent of this year’s total funding. The story says Title I grants for low-income children and special education funding through the Individuals with Disabilities Education Act would be spared.

The cuts would have to come from programs like Title II teacher training grants; the 21st Century Community Learning Centers program, which funds after-school and other academic enrichment programs; the Perkins career and technical education program; and Title IV of the Every Student Succeeds Act, which funds a grab bag of other school programs, from mental health services to AP classes to technology.

History shows that only one president, Reagan, has advocated such huge cuts to the Education Department since its inception in 1981. Reagan described the department as '“President Carter’s new bureaucratic boondoggle” during his campaign.

In 1983, Reagan proposed a total budget for the department of about $10.5 billion. The year before, Congress had given it $14.7 billion. That would’ve amounted to cutting more than a quarter of the department’s budget. Congress, instead, gave the department an increase, to $15.3 billion.
Every year from 1982 to 1988, Reagan proposed lower funding for special education than had been doled out the year before. And in 1982 and 1983, he proposed lower funding for Title I.
Reagan had entered office pledging to eliminate the department and dramatically reduce federal costs and regulations on schools, which he felt took too much power away from “local school systems, teachers, parents, citizen boards and state governments,” according to  a 1982 New York Times article.
In that piece, much of which remains strikingly relevant despite its 35 years, officials admitted they had more or less failed on the spending front.
“When we took office the budget of the Department of Education was $14.9 billion,” T.H. Bell, Reagan’s first education secretary, told the Times. “Our goal was to cut it to $10 billion, but now it’s $14.7 billion. We haven’t cut the budget very much. What we did was stem the rate of growth.”
It’s not a perfect comparison to Trump: Democrats held the House through Reagan’s entire tenure.
A more accurate precedent is fiscal 2004, when, as now, Republicans controlled the presidency and both houses of Congress.
President George W. Bush proposed increases for Title I and special education funding but smaller cuts to other K-12 programs. His K-12 budget request total was about $1 billion less than the preceding year.
As Trump is expected to, Bush also requested a new school choice program. The $75 million “school choice fund” was designed to provide competitive grants to states, districts, and nonprofits to allow parents the opportunity to transfer their children to a “higher-performing public, private, or charter school,” according to an archived press release.
Very little of that proposal came to fruition.
The school choice fund was never funded. Some of the cuts Bush proposed — to programs like Impact Aid, which goes to districts that lose money because they contain non-taxable federal land; the 21st Century schools program; career and technical education; the Office for Civil Rights; and the department’s inspector general — actually saw increases from the prior year. Others did see cuts, but they were smaller than Bush proposed.
That’s likely to be repeated again this year.
Career and technical education has bipartisan backing, and there’s a strong effort underway to reauthorize the underlying law this year, hardly a harbinger of big cuts.
Petrilli noted that the 21st Century schools’ after-school and enrichment programs have plenty of fans on the Hill, and Title II grants pay for thousands of teachers’ salaries in nearly every congressional district.
And, as always, politics is a factor.
Trump may not have to face voters for another four years, but Hill Republicans will have their eyes on the 2018 midterm elections — and few voters but the most conservative like to hear that their representatives voted to cut education funding, Petrilli said.
“It’s important symbolically, and the Republicans know they will pay a price if they make major cuts to education,” he said.
Submit a Letter to the Editor
March 14, 2017

‘WAP’ and Sex Ed: How the Billboard-Topping Track is ‘Making Conversations About Sexual Health Less Taboo’