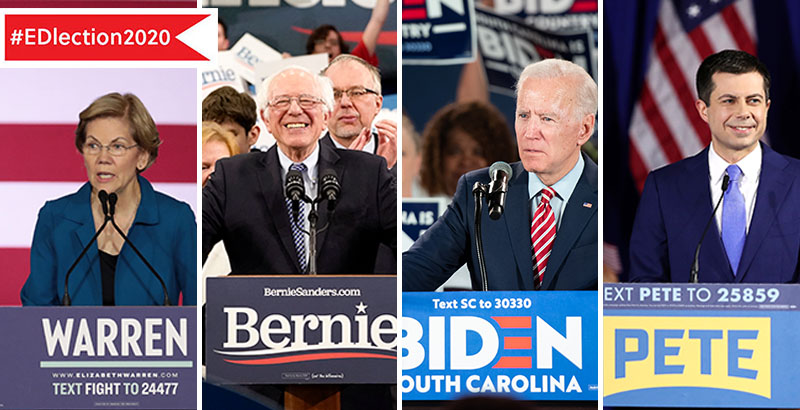 Publicly funded but privately run charters educate at least 10 percent of students in more than 200 cities from Boston to Los Angeles. In 62 urban school districts, they educate more than a third of students. And students are increasingly free to choose traditional public schools outside their neighborhoods. In Washington, D.C., only 27 percent of public-sector students attend public schools near their homes.

In this climate, the policy question is not whether we should have public-sector choice. Instead, we should be asking how to make choice systems in public education efficient and fair for all families. One promising answer: common-enrollment systems that allow families to select traditional public schools or charters through a single, centralized selection process powered by algorithms that match as many students as possible to their top choices.

Families have been able to choose public schools outside their neighborhoods since the first magnet schools emerged nearly five decades ago to promote voluntary desegregation, and especially since the start of charter schooling in the early 1990s. But taking advantage of expanding public options traditionally meant navigating myriad application timelines and deadlines without information to make clear comparisons.

It meant oversubscribed schools pulling names out of paper bags, families pitching tents on sidewalks — or paying others to camp out for them — to get to the front of waiting-list lines and schools cherry-picking applicants to get the most attractive students. It was a system favoring the well-educated, the wealthy and the well-connected.

For schools, that system made planning almost impossible. Many students were admitted to multiple schools but didn’t let schools know their plans, causing thousands of waitlisted students to change schools even after the start of classes, leaving administrators guessing about revenue and staffing, and disrupting instruction.

But in recent years, the District of Columbia, Denver, New Orleans and a handful of other cities have launched a new way of matching students to schools that addresses these problems.

The model in D.C., where nearly half the children in public education attend charter schools, is typical. Schools submit lists of open spots to a city agency that runs the selection system. Students or parents set up accounts on the agency’s website and rank their school preferences, applying to as many as a dozen after sorting through their options via the agency’s search engine, school fairs and open houses.

Students are assigned random lottery numbers. Then an algorithm works to place as many applicants as possible in the schools they want, giving those with better lottery numbers an edge when schools are oversubscribed.

Students are automatically placed on the waiting lists of schools they’ve ranked but aren’t matched with, including schools higher on their lists than those they are matched with. The agency, called My School DC, matches waitlisted students as spots become available. Parents and students can track their standing online.

Designed by Stanford economist and Nobel laureate Alvin Roth and colleagues, the new enrollment systems in D.C. and other cities make public school options clearer for families and alert them to strong but lesser-known schools: Detailed information is available side by side online for every traditional public school and every charter school in the city. A common online application system eliminates multiple deadlines, lost paperwork and the cost to schools of hiring people to input paper applications.

Roth’s algorithm counters parental attempts to game admissions, and the computer-driven system thwarts schools’ inclination to discourage tougher-to-educate applicants or draw on their waiting lists selectively — problems in the expanding public school choice landscape. In D.C., every student is guaranteed a spot in a traditional neighborhood school as a way of reconciling school choice with the right of each child to a free public education.

The system is bringing new competitive energy to both traditional public schools and charters, and students are the winners. “It completely changed the game,” former D.C. Public Schools chancellor Kaya Henderson told me. “We went from being a seller’s market to a buyer’s market,” leading the district to introduce a wide range of reforms that have made its traditional public schools more competitive.

They get real-time information on their application numbers and end-of-year reports on where else their applicants applied, highlighting each school’s top competitors. With Roth’s enrollment system creating a much clearer picture of families’ school preferences, Henderson added popular Montessori and dual-language programs in neighborhoods that wanted them.

For the charter school sector, Roth’s model was a way to cut the cost and confusion of having dozens of charter school organizations running their own application systems. And it was a way to counter the perception that some charters were working to exclude challenging students. The common-enrollment system has created a constructive spirit of competition between the city’s charters and traditional school district.

School-student matching algorithms also have potential to help tackle public education’s long-standing problem of socioeconomic segregation. The Denver and District of Columbia school systems are testing adding preferences in their enrollment algorithms to give students in low-income neighborhoods a stronger chance of gaining seats in affluent parts of town.

Choice alone can’t ensure that every student attends a strong school; no choice process can compensate if there aren’t enough good schools to go around. But next-generation enrollment systems can help many more students attend the schools they want, leveling the playing field for children from disadvantaged backgrounds and making public school options more attractive to families — a perfect policy priority for progressive Democratic presidential candidates.