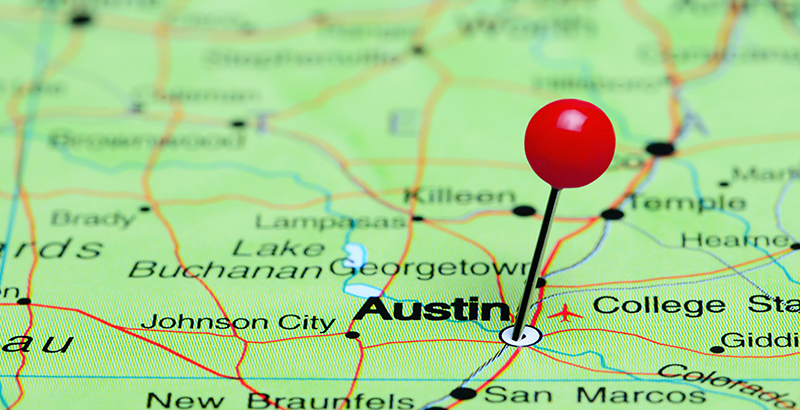 This update on the Every Student Succeeds Act and the education plans now being implemented by states and school districts is produced in partnership with ESSA Essentials, an ongoing series from the Collaborative for Student Success. It’s an offshoot of their ESSA Advance newsletter, which you can sign up for here. (See our recent ESSA updates from previous weeks right here.)

“New Mexico is planning a major shakeup of its plan to implement the Every Student Succeeds Act,” writes Alyson Klein for Education Week. “And it’s not the only state that’s mulling changes. Among those with potential revisions in the works: Indiana, Michigan, South Carolina, and Wyoming.” However, it’s New Mexico’s rewrite “that could present an interesting test for U.S. Secretary of Education Betsy DeVos and her team.”

And the question remains: Will the Department “let a state go in an entirely new direction, as long as what it is proposing to do is still kosher under the law?”

However, it's New Mexico' rewrite that could present an interesting test for U.S. Secretary of Ed and her team. Will they let a state go in an entirely new direction, as long as what it is proposing to do is still kosher under the law? via @educationweek https://t.co/dGZYSugYel

New Mexico wants to get rid of the state’s school rating system and replace it with “broader labels” for schools, with those in the top 25 percent labeled “Spotlight” schools, the middle 50 percent considered “traditional support” schools, and the bottom 25 percent receiving either “targeted support” or “comprehensive support.” Such an approach has won the favor of U.S. Department of Education officials for other states. The state also wants to stop using PARCC tests. New Mexico’s new interim state education chief Karen Trujillo “has signaled more changes are coming, according to the Albuquerque Journal.” This “likely means a reworking of the state’s teacher evaluation system — arguably the toughest in the country.”

Check out below for more of this week’s top ESSA headlines:

1 Texas to let districts rate themselves

When Texas “rolled out its new accountability system” under ESSA, “local superintendents en masse sent letters home to their students’ parents telling them that the letter grade report cards were flawed, simplistic evaluations of their schools,” writes Daarel Burnette II in Education Week.

But now, due to a law passed by the Texas legislature in 2017, districts can get state approval to “craft their own accountability system using several metrics.” The state “will then use the district’s own rating for up to half its final state rating.”

Heavy reliance on standardized test scores has always been a complaint lodged against school accountability systems, but is district self-appraisal the answer? via @StateEdWatch @educationweek https://t.co/hF01CczA23 #txed #txlege

According to Burnette, “state politicians and many civil rights activists have long been skeptical of districts rating themselves, arguing they’re not likely to be objective … It’s not clear if the state’s new grading system would be compliant under ESSA.”

2 Digging into district spending in a dozen states

Burnette also reports that states are beginning to report spending data as required by ESSA, but that this is “one of the most difficult pieces of the law to comply with and has gotten fierce pushback from district officials who complained that breaking out school spending amounts would only cause more paperwork and unnecessary friction between school board members, administrators, and parents.” According “to an analysis by Edunomics, a school finance think tank at Georgetown University, at least 14 states now have published school-by-school spending amounts.” Prior to ESSA, most districts have reported “average overall per-pupil spending, but civil rights advocates have long complained that those numbers mask how districts take their funding and then divvy up spending between schools.”

Principals, we would love to know what you're hearing about #ESSA requirements on reporting school-level spending in your state & district! https://t.co/lXXuJxhWJW via @educationweek

3 A “consumer’s guide” to ESSA testing

A new National Education Policy Center (NEPC) report from Madhabi Chatterji takes a look at the current testing and accountability environment in the wake of federal approval of state ESSA plans. The report looks at how states should be “alert to any unexpected negative outcomes of testing on students, schools, and education systems” and how “they need guidelines to help them avoid test misuses.”

This “consumer’s guide” explains “how best to apply information from the adopted tests with a mind to their design and with close attention to their purposes, technical merits and limitations.”

New report from @NEPCtweet examines the testing and accountability landscape in the wake of federal approval of state ESSA plans. Learn more: https://t.co/AlKACcArD0