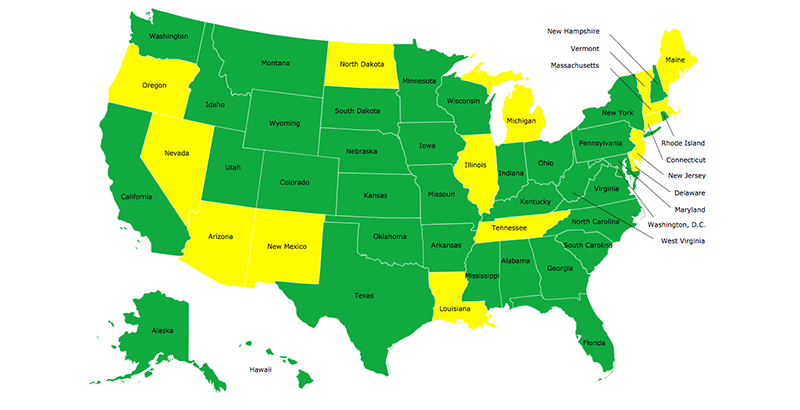 On December 12, the Collaborative for Student Success and Bellwether Education Partners released the results of an independent peer review of the 34 state ESSA plans submitted to the U.S. Department of Education in September. The findings — coupled with the results of the first independent peer review of the 17 states that submitted in April — show that states largely squandered the opportunity provided by ESSA.

“State plans have now been reviewed for all 50 states and the District of Columbia — and on the whole, states failed to lay out bold plans for improving education,” said Collaborative Executive Director Jim Cowen. “While some plans did offer innovative ideas for other states to learn from, the lack of focus on ensuring success for all students is not only concerning, but potentially a step backward. We look forward to supporting state advocates in efforts to improve upon these plans and leverage the exemplary practices identified at CheckStatePlans.org to dramatically improve outcomes for all students.”

The review included more than 45 peer reviewers, representing bipartisan viewpoints, and including eight former state chiefs, 14 former teachers, state education leaders, members of the civil rights and disability communities, and education experts from around the country. See reviews for all 50 states and the District of Columbia here. You should also check out Jim Cowen’s piece —“State Education Plans Should Be More Than Technical Exercises“—as well as “State ESSA Plans Are Weak Tea, But Here Are 3 Things We Can Do Right Now” by Bellwether Senior Analysts Kaitlin Pennington and Max Marchitello.

#CheckStatePlans is back!!! We and @bellwethered are excited to announce that reviews of the remaining 34 states’ plans are now available. Go take a look: https://t.co/pUYpbLv2s3 pic.twitter.com/9kEfNw5fOf

Much more ESSA news below:

Education Week’s Alyson Klein reports that Maryland received feedback from the U.S. Department of Education – and it was extensive. Klein notes that:

And don’t forget that Maryland Governor Larry Hogan didn’t sign off on the state’s plan because, as he noted in a letter to U.S. Department of Education Secretary Betsy DeVos, “the state board could not craft a sufficient plan under the ‘impossible circumstances’ imposed by the state law.”

And Montana Public Radio reports that the U.S. Department of Education held a 90-minute call with officials at the Montana Office of Public Instruction to discuss the state’s ESSA plan. Following the call, Montana state superintendent Elsie Arntzen noted, “The federal government is not augmenting our plan. We are in charge. And I think that is a huge message because that validates all the work that you all have put in over this year, and the year prior.”

George Washington University’s Center on Education Policy conducted a survey of state education officials and have released a report outlining their findings, which examines first-year state ESSA efforts. CEP reports that although “many state education leaders like having greater control over key education decisions as a result” of ESSA, “all but one of the state leaders responding to a new survey said their state lacks sufficient funding, staffing, or expertise to carry out one or more key requirements of this 2015 federal law.” They also noted that “the Trump Administration’s withdrawal of many federal regulations and written guidance for ESSA has some state officials looking for clearer directions from the U.S. Department of Education.”

Planning for Progress: States Reflect on Year One Implementation of ESSA – A new report shares the views of state leaders on key aspects of ESSA. Read the full report at https://t.co/ISoZDGohkI #FamEngage pic.twitter.com/C6nnqTKbMr

Education Strategy Group Senior Associate Ryan Reyna offers his thoughts on state ESSA plans and where he believes “work remains to deliver on the promise of college and career readiness for all students,” while also highlighting “some promising examples from state ESSA plans that can be useful reference points for policymakers and practitioners as states turn from planning to implementation.” Reyna discusses deepening the alignment between aspirations, goals, and accountability measures; finding the right balance between relative and absolute performance; and strengthening support for low-performing schools. Reyna concludes by stating: “Let’s trust state leadership, verify state actions, and learn from this exercise to ultimately help realize dramatic improvements in students’ preparation for success in college, careers, and life. Hopefully, we can all agree on that.”

My thoughts on where we go from here on K-12 accountability https://t.co/LJAj1TGEhf