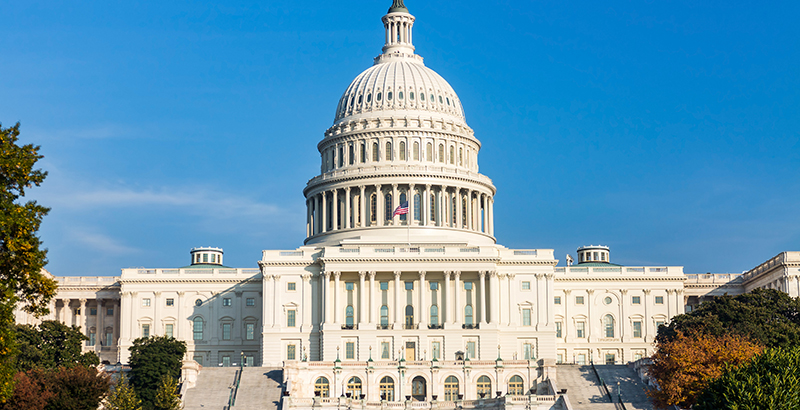 As part of Education Week’s “Answering Your ESSA Questions” series, Alyson Klein responds to a question posed by Sheryl Santos-Hatchett of the University of North Texas: “What if a state refuses to follow through on or retracts a state plan and doesn’t care about funding? Does ESSA have any teeth to close down a school district? By what constitutional provision does ESSA have any right to dictate educational law?”

The short answer to these questions is “no.” According to Klein, “ESSA doesn’t really have the teeth to force a state to follow through on its plan if the state doesn’t care about losing key federal funding. And two, a school district couldn’t close down because of ESSA.” She adds that while technically, “states don’t have to follow ESSA’s requirements,” if “they decide to completely stop following the law — for example, by ditching annual testing — they could forfeit Title I funding, which helps districts cover the cost of educating students in poverty.”

Although federal dollars do not make up a majority of overall funding, the reality is that many districts rely on this money. And refusing federal funds would constitute something of a public relations nightmare for most states, which is why making the “Sorry, parents, we’re saying no to extra money from the feds for poor kids” argument has “only been made rarely, and in isolated incidents.”

In this week's "Answering Your ESSA Questions," @educationweek reports that “ESSA doesn't really have the teeth to force a state to follow through on its plan if the state doesn't care about losing key federal funding." Read more: https://t.co/lXmnWxeYED

Michael Q. McShane reports for Education Next on the significance of integrated student supports, which try to help students overcome obstacles outside of school — hunger, homelessness, mental health concerns, etc. — that make it harder for them to learn when they are in class. While educating the whole child is not a new concept, its “profile is on the rise since the 2015 passage of the Every Student Succeeds Act (ESSA), which for the first time specifically encouraged districts to provide integrated student supports and allowed more federal dollars to pay for them,” writes McShane. “But a close look at the research on their effectiveness reveals an open question: while integrated supports may help meet students’ physical and emotional needs, their ability to improve student learning remains unproven.”

How federal policy can empower states and communities to provide whole-child education for all students will be the topic of a Wednesday panel at the U.S. Capitol Visitors Center in Washington, D.C. Hosting the event will be the Learning Policy Institute, the Alliance for Excellent Education, American Institutes for Research, America’s Promise Alliance, the Collaborative for Academic, Social, and Emotional Learning, the Opportunity Institute, and Turnaround for Children. Democratic congresswoman Rosa DeLauro of Connecticut will also be taking part in the 9:30 to 10:30 a.m. discussion. Click here to register and for more information.

Join us! On May 22, @LPI_Learning is hosting a briefing on Capitol Hill about how research-based policies can empower states and communities to provide #wholechild education for all students. Learn more & register: https://t.co/9p75UjP16C #WholeChildInvestments

Carstarphen: How Our Commitment to Supporting the Whole Child in Our Schools Is Making a Huge Difference for Atlanta’s Students

A bill in Congress to increase the U.S. Department of Education’s budget by more than $4 billion will soon be considered by the full House of Representatives after it passed out of the House Appropriation Committee, according to Andrew Ujifusa’s recent blog post in Education Week. Among other measures, the bill directs the Education Department “to issue guidance clarifying that Title IV funding can’t be used to buy guns and arm teachers,” an issue that has become a “huge point of contention between the department and Democrats.” During a March hearing, “Democrats revealed internal department communications that they said proved Secretary of Education Betsy DeVos had refused to clarify whether Title IV grants under the Every Student Succeeds Act could be used to arm teachers.”

The 2020 Ed Funding Fight Has Begun: 5 Things You Need to Know About House Democrats’ Appropriations Bill and Its Big Spending Boosts for Education