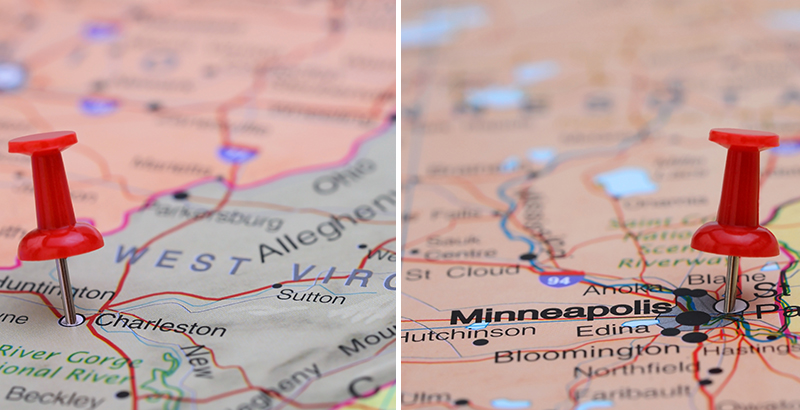 U.S. News & World Report’s Lauren Camera discusses the increasing alarm among federal officials and education advocates about the efficacy of state ESSA plans. “As states cement education plans for their schools under” ESSA, she writes, the Department of Education “is working furiously to assess them amid mounting concerns about states’ commitment to following the law, their proposals to ensure historically disadvantaged students have access to quality education, and the department’s capacity—and in some cases, lack of desire—to police it all.”

This week, Minnesota and West Virginia became the first September submission states to have their plans approved by Education Secretary Betsy DeVos. Details of the approved plans were not available at press time.

According to the Twin Cities Pioneer Press, Minnesota public schools “must make across-the-board progress if they want to be released from the increased oversight and support provided to struggling schools” under the state’s ESSA plan. The state also plans to rate schools based on numerous factors, such as achievement assessments, student progress, graduation rates, English-language learner achievement, and “an evolving measure of overall school quality.” Click here to see the Department’s letter.

Minnesota’s #ESSA state plan is approved. Thank you to all of the stakeholders who helped create it. Now, it’s time to roll up our sleeves and get to work! pic.twitter.com/JeKwXJc69q

West Virginia: Brad McElhinny of Metro News reported at the end of December that the U.S. Education Department sent “West Virginia back to the drawing board” regarding “how much weight West Virginia gives to different areas of its academic accountability system, whether West Virginia is holding its counties accountable for English-language proficiency and the viability of locally selected tests in lower grades.”

According to the Charleston Gazette-Mail, West Virginia revised its ESSA plan in response to the issues raised by the Education Department, “but the state isn’t revealing the changes.” A spokeswoman for the federal agency also declined to provide specifics of the revisions until the Department approves the plan “and the state submits the final clean version.” Click here to see the Department’s letter.

West Virginia’s Every Student Succeeds Act (ESSA) plan has been approved by the U.S. Department of Education. If you’d like to take a look at the approved plan, you can do so here: https://t.co/B8quCra8Qe

In recent weeks (and as noted in last week’s edition), the U.S. Department of Education has been sending comments and questions back to states on their ESSA accountability plans. Below, we take a deeper look at the details of this feedback in 9 more states: Mississippi, Missouri, New York, Ohio, Virginia, Washington, Hawaii, Kentucky, and Nebraska. We will continue to provide detailed descriptions of the Education Department’s feedback on the remaining second-round state plans in the weeks ahead.

In December, the U.S. Department of Education told Mississippi education officials “that they must provide more details about how they are meeting the challenges faced by underperforming students” under ESSA.

Other issues of concern include eighth-grade math assessments, academic achievement and other indicators, and disproportionate rates of access to educators. Click here to see the Department’s letter.

U.S. Dept. of Ed told Mississippi education officials “that they must provide more details about how they are meeting the challenges faced by underperforming students” under #ESSA: https://t.co/a5AiVJNm2q

Klein also reports that the U.S. Department of Education says Missouri has to clarify several points before its plan can receive approval.

Additionally, the state also must explain how it will ensure “disadvantaged students have fair access to qualified teachers.” Click here to see the Department’s letter.

The U.S. Department of Education says Missouri has to clarify several points before its plan can receive approval: https://t.co/a5AiVJNm2q

According to Chalkbeat, the U.S. Education Department will allow the “bulk” of New York’s ESSA plan to stand. The federal response to New York’s ESSA plan primarily called for “tweaks and clarifications” around issues such as achievement goals, graduation rates, English-language learners, and other topics.

As Chalkbeat notes, the feedback didn’t address any of the New York plan’s “hot-button” issues, such as the state’s request for a waiver for “students with disabilities to take state tests that align with their skill level rather than their grade,” which the Department will likely address separately. Click here to see the Department’s letter.

The U.S. Education Department will allow the “bulk” of New York’s #ESSA plan to stand: https://t.co/NKhxHZKfZl via @Chalkbeat

Education Week’s Alyson Klein reports that the U.S. Department of Education’s December 19 letter to Superintendent of Public Instruction Paolo DeMaria “flagged a number of issues” in Ohio’s ESSA plan, including how it identifies low-performing schools.

Other concerns include eighth-grade math assessments, supporting the needs of migratory children, and access to services for homeless children. Click here to see the Department’s letter.

The Richmond Times-Dispatch reports that Virginia’s ESSA plan “needs some work” according to the U.S. Department of Education, which said Virginia’s education goals “appear to expect potentially no improvement” for students.

Overall, Klein says, the Department gave Virginia a “long list” of issues to deal with, including “its n-size, its school quality indicators, its goals, its academic achievement indicator, and its plans for deciding when a school is no longer struggling and in need of extra supports.” Click here to see the Department’s letter.

The U.S. Department of Education identified nine areas where Washington’s ESSA plan was inadequate or needed clarification. In response to this federal feedback, Washington “has increased its goal for English-language learners, clarified how it will evaluate high-school-graduation rates, and made a handful of other changes” to its ESSA plan, reports the Seattle Times.

According to Deputy Superintendent of Public Instruction Michaela Miller, the “authors of Washington’s ESSA plan worked through the holidays to get a new version back” to the Education Department. Click here to see the Department’s letter.

Education Week’s Alyson Klein reports that the federal Education Department wants the Aloha State to make several changes to and provide clarification regarding aspects of its ESSA accountability plan.

Other issues of concern included graduation rates, the weighting of indicators, supporting the needs of migratory children, and improving the skills of educators, among others. Click here to see the Department’s letter.

The U.S. Department of Education’s feedback to Kentucky education officials included ensuring that the state’s English-language proficiency indicator “stands alone,” because, as Alyson Klein notes, the ELP indicator is currently “lumped in with other indicators in the state’s accountability system.”

Kentucky Commissioner of Education Stephen Pruitt stated in response to the Department’s questions and direction that, overall, he is “pleased with where we are in the process and the feedback we have received.” Click here to see the Department’s letter.

The Associated Press says the U.S. Department of Education is also questioning Nebraska’s ESSA plan, specifically regarding how the state plans to “meet annual reporting requirements under the new education law.”

Nebraska also “got hit” for its use of “scale scores,” which “convert student grades to a comparable scale, say of 1 to 100.” However, other states (such as Connecticut) received similar feedback in the first round of ESSA plan submissions but “ended up being able to use scale scores with minimal changes to their plans.” Click here to see the Department’s letter.