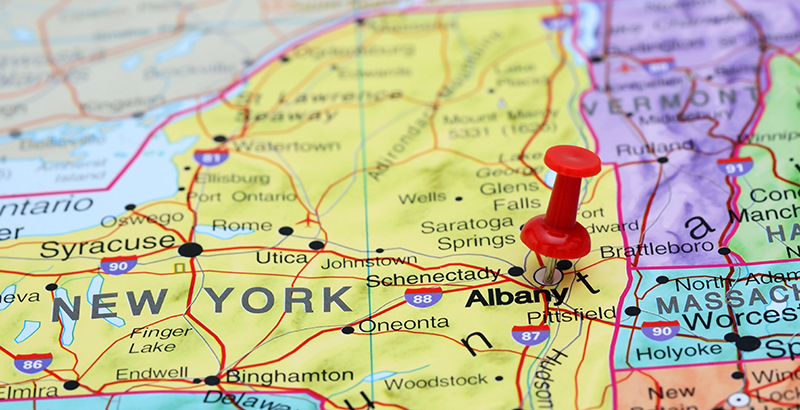 “To improve student learning, an effective teacher in the classroom is the most important factor,” writes the Data Quality Campaign. “Every student, regardless of their zip code, deserves access to a good teacher.”

But to make this happen, teacher data is critical; unfortunately, school-level teacher data isn’t easy to track down (especially on school report cards, a primary resource for this kind of information). Last month, the DQC released a new fact sheet that “shows how state leaders must change this by sharing and communicating meaningful data that makes sense and is actionable for families and communities.”

When it comes to ESSA plans, most states go to great lengths to describe effective teaching. Yet, only 5 states make this data available to parents on report cards where they are more likely to find it. See more: https://t.co/otfQue0Vov #Showmethedata

In the introduction to the fact sheet, the authors note that ESSA “emphasized the importance of strong teachers by requiring state education agencies to include in their state plans a description of what being an effective teacher means and the measures that the state will use to evaluate and publicly report on access to effective teachers for specific student groups (e.g., students from low-income families and students of color).” The Every Student Succeeds Act “also requires that school report cards include information about teachers, such as teacher experience or credentials.” So, to “provide the strongest picture of teacher quality in districts and schools, states should go beyond what is required in ESSA and include all of this information on report cards.”

The forgotten art of teaching the arts (in New York City)

“Why, in the New York City public school system, are the arts still being relegated to the realm of the extracurricular?” asks Penny Smith, executive director of Education Through Music.

In a new piece published in the New York Daily News, she argues in favor of supporting the arts in education as a way to help fuel the city’s creative industries; she also notes that the “well-rounded, content-rich syllabus set forth by the federal Every Student Succeeds Act is achievable, but currently only by students in high-income communities.” For others, “learning — and career — options are limited to as few subjects as their schools can afford.”

Many school districts in California are “struggling to live up to a now three-year-old federal requirement,” originally set by ESSA, to “ensure foster youth have educational stability.”

Under the federal law, educational and child welfare agencies are to work together “to create transportation plans so that foster students could return to their so-called ‘school of origin’ if that is in their best interest.” California schools are now three years past this deadline, and only 34 percent of child welfare agencies have such plans at the ready. Los Angeles, San Diego and Sacramento offer hope, however, as each county has worked to implement programs intended to increase transportation services for foster youth, including a $14 million transportation plan in Los Angeles County, volunteer assistance from foster parents in San Diego County and an innovative new program called School Connect in Sacramento.

According to this @ChronicleSC article, many school districts in California are “struggling to live up to a now three-year-old federal requirement,” originally set by ESSA, to “ensure foster youth have educational stability.” Learn more: https://t.co/F0avbSvOfO

Here in The 74, Carolyn Phenicie recently took a look at the first thousand days of Education Secretary Betsy DeVos’s time on the job, noting that among her detractors, her department’s “weak implementation” of ESSA is among her most egregious actions.

Opponents cite what they call weak ESSA implementation, lax oversight of civil rights protections and a limiting of rules on for-profit colleges as they pan DeVos’s 1,000 days in office @The74 https://t.co/IIbVR3wIv0 via @cphenicie

But to her supporters, “weakening the federal hand in education is exactly what they wanted after the perceived overreach of the Bush-Obama years.” Senator Lamar Alexander, chairman of the Senate Health, Education, Labor and Pensions Committee and a lead author of ESSA, praised DeVos in an emailed statement, saying her department has implemented ESSA “well, on time, and as Congress intended — by restoring most decisions back to states and local school districts.”