Are Charters Only ‘Path to Salvation’? No Way, Says Newark Schools Chief 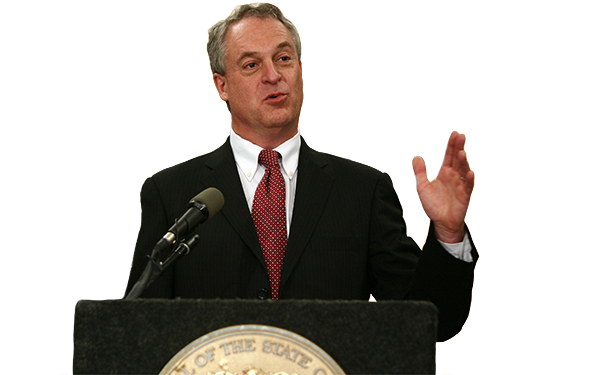 In a speech delivered at the right-leaning American Enterprise Institute in Washington, D.C., Cerf said there is a widespread perception that education reform attempted by public school systems cannot work.

“The evidence of this sentiment is everywhere,” he said. “Reform has taken on a pejorative connotation.”

But in Newark, he said, reform strategies implemented by the district have produced great academic gains for its inner-city students.

Next month, Newark will report that its graduation rate “has increased again, as it has year after year after year.” It is now just under 74 percent, up from the high 50s in 2010, according to Cerf.

“To go from the high 50s to almost 74 percent is an above-the-fold headline,” he said.

In addition, the percentage of black students who attend schools that beat the state average on standardized tests has doubled during that time, he said. In 2010, Newark students were performing at a lower level than all but a handful of the 37 comparable school districts, but now the district is outperforming the majority of them, according to Cerf.

“I do think the arrow is clearly and unambiguously pointed up,” he said.

The schools chief took aim at education reform pundits who have argued in recent months that education leaders should double down on expanding the charter school sector over improving traditional public school systems.

“The premise is clear. Investing in district reform? Pointless. Investing in charters? The most promising path to salvation,” he said.

But Cerf said it was the district itself implementing well-known education reform strategies that produced Newark’s encouraging results. Over the past five years, the district raised student achievement by emphasizing educator effectiveness in its hiring and firing practices, increasing the rigor of its classes through the Common Core standards, investing in technology, “improving the portfolio” of school options and giving parents choice, he said.

Noting that even some reformers may have given up on the idea of school-system-led reform, Cerf rejected the idea that charter schools are the only bright spot on the education reform landscape.

He pointed to Richard Whitmire, who recently argued that while Newark’s public school system did improve, the city’s charter sector performed even better. “The gains are so striking, in fact, that they raise a key question: Why didn’t the Newark reforms emphasize charters from the beginning?” Whitmire wrote in a story for The 74. A 2015 report from Stanford University’s Center for Research on Education found that Newark had the country’s second-strongest charter sector.

Cerf responded by saying that while the percentage of Newark students attending charter schools increased from about 10 percent to over 30 percent over the past six years, the city would not have been able to find enough quality providers to expand the charter sector more quickly than it did. He added that the political climate would not have sustained a more rapid expansion of charter schools.

Further, the school system’s finances would have been negatively affected by the growth of the charter sector. While the district lost money for every student who attended a charter school, he said, it still had to pay for static expenses such as health care plans and bus contracts.

Cerf also took issue with widespread pessimism about education reform, saying the passage of the Every Student Succeeds Act reflects “this defeatist sentiment” and that the country may be going in the wrong direction on education by handing power back to the states.

“In my view, for over 50 years, states — far from being laboratories of reform — have far too often been laboratories of stasis, interest-group politics and inaction, with truly tragic and deeply immoral consequences for the overwhelming majority of our urban poor, who, not coincidentally, are mostly children of color,” he said.

“In my view, these pressures were instrumental, in fact necessary conditions for change,” he said. “It was so easy to say, ‘Whether or not you like it, the feds are saying we have to do it.’”

Under Anderson’s tenure, which was marked by controversy, the school system created an open enrollment system that allowed parents to enter a lottery for their preferred district or charter school. She also negotiated a teachers contract that awarded merit-based bonuses to teachers, oversaw the expansion of charter schools and replaced principals and staff at the lowest-performing schools.

“The general despair about the futility of reform is not entirely warranted,” Cerf concluded. “With sufficient courage, stick-to-it-ness and discipline, the reform playbook can make a difference.”