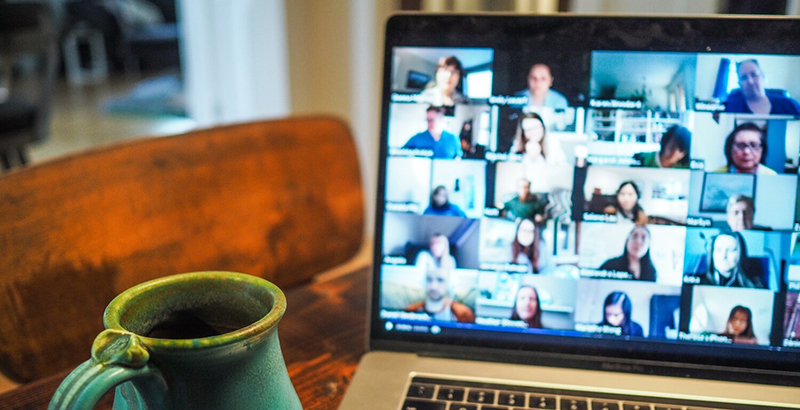 One Monday evening in September, Miami-Dade County Public Schools trustees logged on to their computers for what would turn out to be a 29-hour virtual board meeting to discuss returning to in-person classes.

The district, the fourth largest in the country, was one of only a few in Florida to receive permission from Governor Ron DeSantis to begin the 2020-2021 school year virtually due to the severity of the COVID-19 outbreak in the area. Before they could make a decision on reopening, however, the trustees had 18 hours of pre-recorded public testimony to hear.

“The board unanimously felt that if an individual took that time to leave that message and felt that it was important for them to speak on this subject that we wanted to have their voices heard,” Steve Gallon, the vice chair of the Miami-Dade school board, says.

More than 750 community members weighed in.

Gallon says a meeting like this couldn’t have occurred if the board hadn’t pivoted to virtual meetings due to the pandemic. Previously, speakers would have to drive to the meeting, request and sign a form and wait until it was their turn to speak.

When meetings moved to the virtual format, the district opened a phone line where community members could call to pre-record their messages.

In some ways, this meeting exemplifies the digital innovation brought to, or perhaps forced on, school boards around the country during the pandemic.

Prior to March 2020, school boards met in-person. Speakers would show up at the start of the meeting, often in the early afternoon, and line up to speak when it was their time. Sometimes the public comments were first, but in many districts speakers would wait hours, often trickling out as time passed, for the board to reach the item they wished to discuss.

Then the pandemic forced education, including board meetings where some of the most critical decisions about public education are made, to move online.

Gallon, who is also the chair of the National School Boards Association’s Council of Urban Boards of Education, says he has been contacted by many districts and trustees who wanted to ramp up their online presence. He says one of the things he has been the proudest to promote is ways for school boards to use technology to conduct business and communicate with the public.

For many districts, the pandemic brought about the need for these technological advances.

Jessica Levy-Lavelle, a mother of three in Richmond, Virginia, got hooked on school board meetings when a potential rezoning threatened to change which schools her children attended in 2019. Levy-Lavelle and her husband would take turns attending meetings while the other stayed home to care for their children.

The meetings often ran late and ate up a significant amount of her time. When the pandemic started, Levy-Lavelle began watching the meetings livestreamed on Facebook.

The virtual format has made it easier for her to engage in more topics and to maintain a vested interest while juggling work and family life, especially given the extra pandemic induced stress. She has also been able to engage with other community members who are watching the meeting on Facebook and has even made friends this way, she says.

During virtual meetings, community members in Richmond have been able to send in written public comments, which are then read at the meeting.

Levy-Lavelle says the district could consider reading the feedback prior to the meeting and having a PDF of the comments available to shorten the meeting, if it wanted to further help parents.

Another solution she floated is having boards work out more complicated proposals in separate workshops, especially when trustees need clarification from staff members.

In Round Rock, Texas, the local school board began doing just that — hosting virtual workshops during lunch hours to address targeted issues that required clarification. With four of the seven board members being newly elected, these meetings allow trustees to work out the nuances of particular issues with district staff without bogging down their typical evening meetings.

Virtual meetings are not the perfect solution. A survey from the US Census Bureau found that 4.4 million children lack internet access from home. While many of those families received loaner devices from school districts during the pandemic, that is not a permanent solution. Additionally, many virtual meetings fail to meet the needs on non-English speaking community members. In Round Rock, for example, a woman recently attempted to speak through a translator, but she was not able to finish her message within the allocated time. The district only recently translated information about how to speak during public comment into Spanish on their website, even though more than 25% of families speak a language other than English at home.

While meetings are slowly moving back to in-person — Miami-Dade is already back to completely in-person meetings, Richmond Public Schools is still entirely virtual and Round Rock Independent School District has had some hybrid meetings where the board meets in-person but the community participates virtually — it is unclear what districts will keep in terms of online comments.

States like Texas gave school boards temporary permission to operate online meetings, but could tighten those restrictions as the government leans on districts to reopen entirely. It is unclear if current laws in most states would allow boards to operate some sort of hybrid meeting where community members could give feedback virtually or submit written or recorded statements, or if innovative solutions, such as the lunchtime virtual workshops, could continue.

While Miami-Dade has moved back to in-person public comment, Gallon says the board unanimously agreed to stream its meetings on Facebook, something it started due to the pandemic.

Laws vary state to state, but typically districts are required to publicize meetings in advance and allow the public access. Most, if not all, record their meetings in some manner, but there is wide latitude in how the recordings are made accessible.

Some large districts have local TV channels where their meetings are broadcast, while others use online platforms to live stream them. Some only make videos available online after the meeting, while others require individuals to file a public request for the videos.

Gallon says he believes it would be a mistake for districts to move backwards. Allowing people to livestream meetings and access past recordings online greatly increases transparency for districts, Gallon says. It also increases community participation within public schools.

That is important for things like getting the public to vote for their board members or to pass a bond, but Gallon says it is also important for holding districts accountable. School boards are responsible for critical decisions, like how to raise and spend tax money and how to balance budgets — which in Miami-Dade’s case is $5 billion. Gallon says it’s important for the community to have a role in those processes.

Gallon says a mixture of the new ways to access meetings and the critical nature of pandemic-related board decisions helped spur the increased attention on school boards and brought in groups of people who had never participated before.

“We’ve seen a dramatic increase in interest from the community and I would anticipate that that increase will continue post pandemic,” Gallon says.

Gallon also points out that the pandemic has created a renewed appreciation for the critical role public education plays in communities.

“The awareness of [the role] school boards and schools … have played in the pandemic will never be lost,” Gallon says.

Submit a Letter to the Editor
September 6, 2021

Darcy Sprague is a contributor to Next City.