Melissa Korn and Jon Kamp have a new and devastating feature in The Wall Street Journal about the rise in opioid deaths among teens and young adults, and the mystery surrounding just how widely the drugs are being used on college campuses.
Among their findings:
The unshakable visual from the story: A CDC chart that captures the rapid and unrelenting rise of deaths among 15-to-24-year-olds tied to heroin and synthetic opioids: 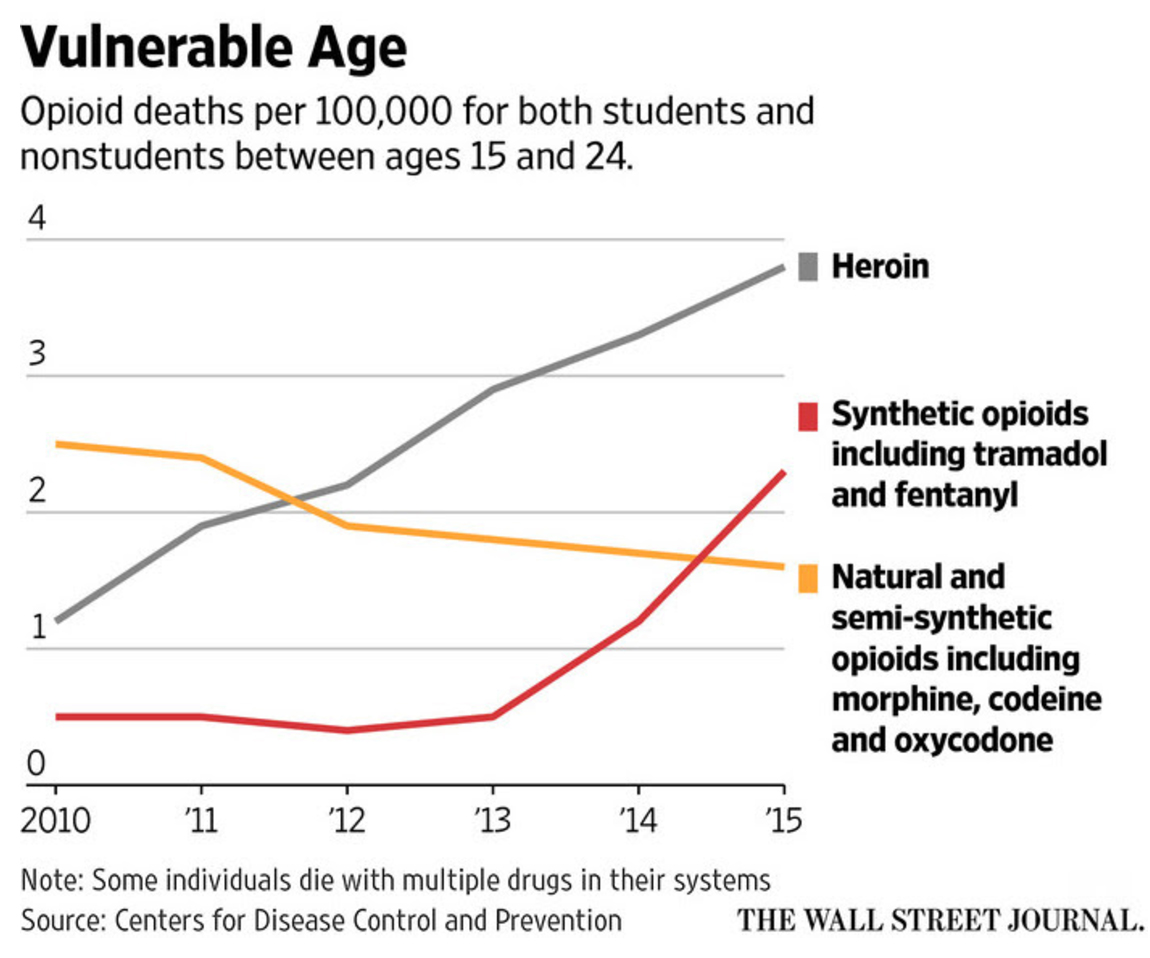 We’ve previously reported on the opioid crisis in high schools; Mark Keierleber covered the rising presence of Naloxone in schools and how school nurses are racing to fight back against heroin overdoses. Earlier last year, we also discovered that the biggest education story in New Hampshire ahead of the state’s presidential primary was actually a drug story:
Must-Watch: In New Hampshire, racing to save teens from heroin:
Read more details about the crisis, and response, on college campuses in The Wall Street Journal.