The Night Great-Grandma Went to Her First Prom and Was Crowned Queen — Thanks to Her Granddaughter, Her Great-Grandson & His Principal 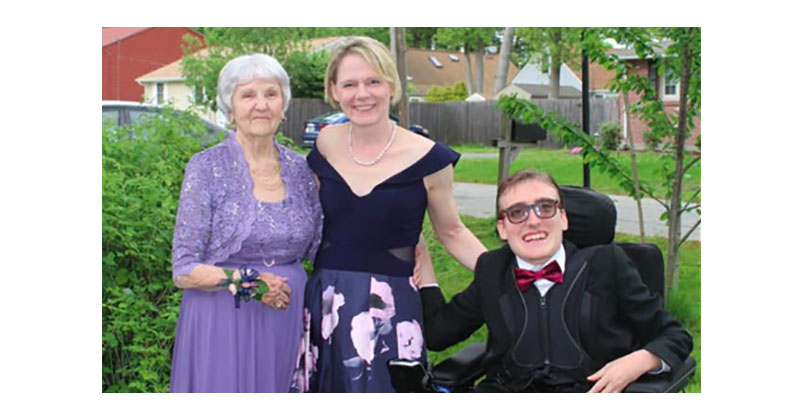 Prom night is a chance to dress to the nines and dance the night away with friends and that special someone. Many teenagers spend four years eagerly anticipating that magical night.

Helen Danis had been waiting for more than 80 years. But this year, she finally got go to the prom — as her granddaughter’s date. And she was even named Prom Queen!

My 97 year old Grandmother never went to Senior Prom, until this past Friday…

Danis, 97, told Turnto10.com that she couldn’t afford to attend prom when she was in high school. “We were in the middle of a depression, and money was scarce,” she said.

Granddaughter Julie Huddon told NBC News, “She had a tough life with a lot of memories that aren’t so happy.” Huddon later told the Washington Post, “Even though those hard times made her the strong and admirable person she is today, I wanted to do something for her to help make up for some of that.”

To give Danis some happier memories, the duo created a bucket list. In December, Danis sat on Santa’s lap for the very first time. Next on the list: the prom experience Danis never had.

Huddon, 48, contacted Pilgrim High School in Warwick, Rhode Island, where her 19-year-old son, Evan, was a student, and asked if she could come to prom with her grandmother. Naturally, the school said yes.

Then, like many high schoolers, Huddon orchestrated a promposal to formally ask Danis to be her date. “I got a crown for her and wrote her a note,” Huddon told Turnto10.com. A handwritten note in the shape of a pink heart — “How could I say no to that?” Danis told the Post. “Of course I said yes.”

New on the night team— a “PromPosal” for the ages. A local 97 year-old is heading to Pilgrim High School’s prom, she never got to attend her own. It’s a story you don’t want to miss @ 11. @NBC10 pic.twitter.com/u0D9qKpL2o

Then, Huddon needed Danis to say yes to a brand-new prom dress. Luckily, Huddon found a lilac dress with a lace bodice, and she knew: “This is my grandmother, it’s screaming her name.” The dress fit perfectly.

Look who had a BLAST at her first prom ever! 97 year-old Helen Danis! @NBC10 pic.twitter.com/Ci9Zf7xLZp

Finally, prom night came, with Huddon and Danis dressed to impress in their gowns and matching corsages. The two took pictures with some friends and with Evan, who uses a wheelchair because of spina bifida. Then, the group took a trolley and arrived in style.

At the dance, Huddon had another surprise up her sleeve for Danis: Principal Gerald Habershaw crowned her honorary Prom Queen and then escorted her on a spin around the dance floor.

97-year-old Helen Danis never got to attend her own high school prom, so being named honorary prom queen at her great-grandson's was extra special. https://gma.abc/2K1ffov

Some 300 students burst into applause — including great-grandson Evan, who dances up a storm in his power wheelchair, according to the Post. “It was such a blessing to have my great-grandmother go to prom with me, and it was even more special to see her crowned honorary Prom Queen,” he said.

“To attend the prom with my great-grandson and my granddaughter made the night even more special,” Danis told the Post. It was truly a prom for the ages.