The NEA Endorses Clinton, But a High Number of Abstentions Suggest a Split in Union Support 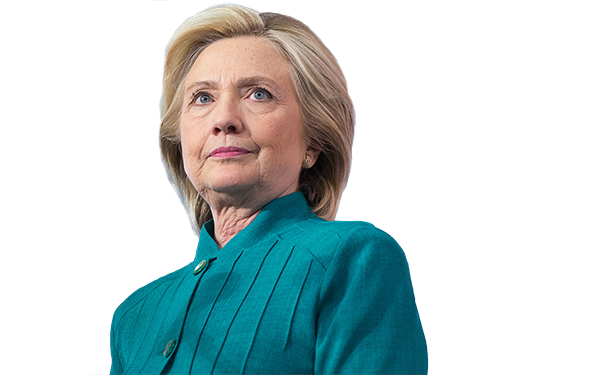 Superficially, Saturday's endorsement of Hillary Clinton for the Democratic Party's 2016 presidential nomination by the National Education Association's PAC Council looked like a slam dunk: 82 percent of the NEA bigwig vote favored the former secretary of state.
"Clinton is a strong leader who will do what is best for America’s students," praised Lily Eskelsen García, president of the 3-million-member association, in a press release distributed after the vote was announced. "Educators know that Clinton is a true partner and always will give us a voice in working to not only create stronger public schools but to create a stronger America."
Eskelsen García also promised that now — months before the first-in-the-nation Iowa Caucus — is the ideal time for the union's endorsement. “This is exactly the right time if you're going to impact the primaries," she assured Politico this weekend.
However, in the hours following the vote, a rank-and-file backlash against the endorsement seemed to gain steam. And Sunday, an in-depth analysis of the roll-call tally by the Education Intelligence Agency revealed a startlingly high number of top-level abstentions, sparking new questions about political divides within the association
NEA representatives from five states abstained from endorsing Clinton. Two of the abstaining states are California and New Jersey — huge powerhouses in the world of teachers unions politics. The New Jersey contingent of teachers was exceptionally outspoken about opposing a Clinton endorsement at this point in the primary season.
The other three states voting against a Hillary endorsement were Delaware, Louisiana and Nevada.
Another key voter, NEA executive committee member Kevin Gilbert of Mississippi, also abstained. An abstention from an executive committee member is highly unusual because the committee of union executives typically votes as an alliance to indicate solidarity.
Under the NEA's convoluted voting system, Hillary's majority of 82 percent would have been just 58.17 percent had all the abstentions been "no" votes, notes the Education Intelligence Agency. (Actual "no" votes were cast by representatives from 12 states, including the Massachusetts and Ohio contingents.
"In conversation with President Eskelsen García, I have expressed my concern that an early endorsement does not allow members to be active participants in the kinds of discussion and debate that are central to a democratic union," Massachusetts Teachers Association president Barbara Madeloni said.
The Nebraska delegation, which also rejected Clinton, expressed similar reservations. "We are concerned that an early recommendation does not allow members to be participants in a real debate around the issues that are still unfolding," Nebraska State Education Association president Nancy Fulton explained. "A recommendation this early in the process is premature."
A handful of caucuses also cast votes against Clinton including the Retired Caucus and the GLBT Caucus.
Public criticism of the NEA endorsement of Clinton was swift and strong. At the LA Progressive, teacher and education blogger Steven Singer charged that the NEA sought to increase support for Clinton rather than assess her worth as a candidate. Citing unidentified NEA sources, Singer claimed that America's largest teachers union had prescreened questions asked during an interview of Clinton and then limited a post-call discussion to people who gushed about her.
Individual teachers who belong to and pay dues to support the NEA expressed dissatisfaction after the endorsement. "I'm very disappointed," Marie Corfield, a New Jersey art teacher, told The Washington Post. "I think the NEA is going to get a lot of pushback from its members over this."
The Badass Teachers Association, a stridently left-wing group of about 70,000 public school teachers, harshly criticized the NEA's rash endorsement of Hillary. "First and foremost, none of the Democratic candidates have made clear their position on public education," the group declared. "Secondly, there has not been an open Democratic debate in which the candidates have discussed their positions on public education."
Obviously, the elephant in the room for Clinton and for the NEA is Bernie Sanders, the self-described socialist from Vermont and Hillary's biggest foe for the 2016 Democratic presidential nomination.
According to The Bern Report, the NEA vote "to ram this endorsement down the throats of the rank and file" may "actually very much work to Bernie Sanders' advantage." The pro-Sanders spin is that the NEA's hasty Clinton endorsement "lights a fire like no other" in the angry bosoms of teachers who support Sanders and will vote in Democratic primaries and caucuses.
The executive council of the American Federation of Teachers has already endorsed Clinton in a similarly overwhelming fashion. "In vision, in experience and in leadership, Hillary Clinton is the champion working families need in the White House," Randi Weingarten, president of the American Federation of Teachers, said of Clinton.
Submit a Letter to the Editor
October 5, 2015