The Martian, Classroom Edition: 5 Quiz Questions Buried in the Book to Get Kids Thinking Like Astronauts 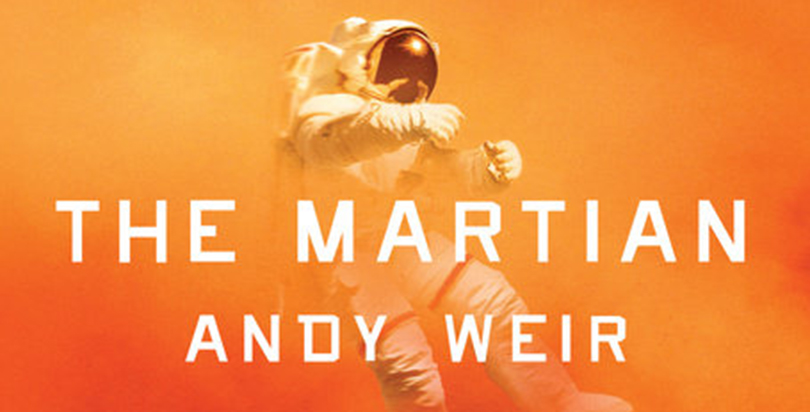 In Andy Weir’s novel The Martian — and the movie of the same name, starring Matt Damon — astronaut Mark Watney must solve math and science problems in order to survive after his five crewmates unwittingly leave him behind on a barren planet.

Although the original book contains language not entirely appropriate for a school setting, a special classroom edition opens the door to a math-filled fictional life on Mars that students and teachers can walk through together.

In a Q&A inside the book, Weir explains his love of science. “My father was a physicist at Lawrence Livermore National Laboratory and my mother has an electrical engineering degree, so I guess you could say I grew up with a lot of science around me,” he writes. “All the facts about Mars are accurate [except for the sandstorm], as well as the physics of space travel the story presents. I even calculated the various orbital paths involved in the story.”

Q: “The surface mission was supposed to be 31 sols (Martian days, each just slightly longer than a day on Earth). For redundancy, the supply probes had enough food to last the whole crew 56 sols. That way, if one or two probes had problems, we’d still have enough food to complete the mission.” The mission was 6 sols old when it fell apart and Watney was stranded. How many sols of food did Watney have left?

A: 300 sols without rationing. But with four Martian years, or approximately 1,400 sols, until the next manned crew was scheduled to visit, Watney had to figure out how to grow enough food to last his entire stay. Rationing was a must as well.

Q: Watney had to calculate the number of calories he could generate by growing potatoes, and how much he would have to grow to keep himself alive. If he needed 1,500 calories per sol and figured he could stretch his 300 sols of food to 400 sols, how many additional calories would he need for his total of 1,400 sols?

Q: “The mission accounted for a four-hour EVA (extravehicular activity, or spacesuit excursion) per crew member per day. Fortunately, CO2 filters are light and small, so NASA had the luxury of sending more than we needed. All told, I have about 1,500 hours’ worth of CO2 filters.” Did Watney have enough EVA time to last four years?

A: Watney said in the book that 1,500 hours might sound like a lot, but with at least four years, or 1,400 sols, left on Mars and a minimum of several hours per week needed for “sweeping off the solar array,” he had only about an hour per sol to perform EVA tasks. An hour per sol didn’t allow for much excess, so “no needless EVAs” were undertaken.

Q: Watney needed to explore Mars, both to salvage parts and to dig up plutonium power at a site called Ares 4. Rover 1 was designed to go 45 kilometers on a full charge from a 9,000-watt-hour battery — plus, he had a second 9,000-watt-hour battery to use from Rover 2. If both batteries needed recharging every day, how many sols would it take to get to Ares 4, 3,200 kilometers away?

A: At 45 kilometers per battery, he could travel 90 kilometers on a single charge, using both batteries. But he knew he wouldn’t make it a full 90 kilometers, since some battery power would be needed to run computer systems, and the Rover would have to deal with some rough terrain. So, it would take a minimum of 35 sols, possibly as many as 50. Watney also calculated he would need 28 square meters of solar cells — 14 panels — on the Rover to produce enough juice to make it all happen.

Q: Along the way, Watney had to consider the oxygen situation in the Rover. He had enough oxygen for 40 sols, but without a “regulator,” he had to use filters to ward off CO2 absorption. With 312 hours of filters left and another 171 hours of EVA suit CO2 filters, did he have enough quality oxygen to make it the roughly 10 more sols needed to reach the rescue site?

A: Watney had 483 hours of good oxygen left, enough for approximately 20 sols. So that gave him plenty of time to make it to the rescue site, which he ended up managing in about 7 sols.

Q: Watney needed to know exactly where he was. When the base’s radio and navigation system went out, he had to rely on a 16th-century tool called a sextant to figure it out. How does a sextant work, and what are the components needed to make one? How did Watney use this piece of old technology?

A: A sextant, which plots the angular distance between objects, basically requires a tube, a string, a weight, and the ability to write out degree markings. Watney knew that Mars has a tilt of just over 25 degrees, and that it points at the star Deneb. Using the time on his clock, the position of Deneb, and his sextant, Watney could plot out longitude and latitude by using the sun as a reference as the day moved forward.