60 Years After Brown v. Board, School Choice and the Persistent Problem of Integrating the Classroom 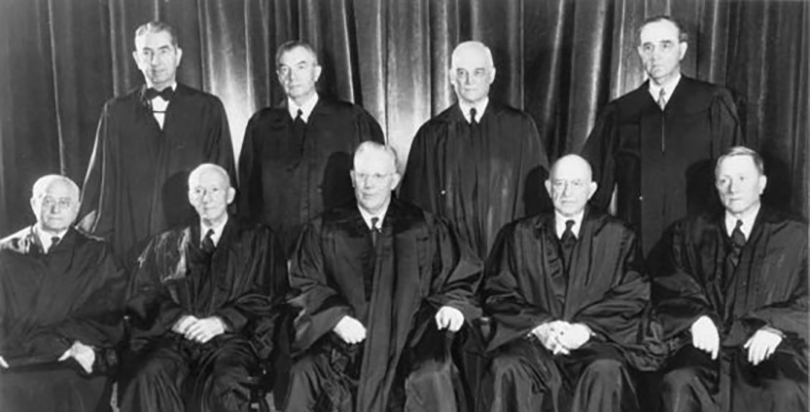 A controlled version of school choice that accounts for race could help solve the school segregation that persists despite decades of court decisions and legislation, experts said.
School leaders, researchers, and government officials spoke at an event at the American Enterprise Institute Tuesday on the 60th anniversary of Brown v. Board of Education II, the follow-up to the landmark school integration case. The 1955 case required schools to desegregate “with all deliberate speed.”
That desegregation, of course, didn’t happen completely within the five years that attorney Thurgood Marshall envisioned it would — or in the six decades since the court ruled that separate schools were inherently unequal.  Federal research released in September found that black students are still more likely to attend schools with a high percentage of black students, and that the achievement gap widens as segregation increases.
Some have suggested that school choice programs, in particular vouchers, can help mitigate the impact by allowing students in segregated schools to pick another option.
School choice and desegregation efforts have a far-from-pristine history. In the aftermath of desegregation rulings, some states in the South created private “academies” to enroll white students. They were funded with taxpayer dollars and essentially private in name only, said Thomas Saenz, president of the Mexican American Legal Defense Fund.
It’s naïve to think that those same segregationist attitudes have been completely erased from Americans’ thinking, he said. Saenz is also a member of the Los Angeles County Board of Education, which authorizes charter schools.
“There are parents and charter school operators who want to provide a mechanism for other kids to get away from schools that are majority-Latino,” he said.
Other panelists argued that just because a school choice system may be flawed doesn’t mean it shouldn’t be offered.
“There are a lot of reasons why parents want and deserve options,” said Stephanie Monroe, the assistant secretary for civil rights in the Bush administration’s Education Department.
“We should not saddle generations of children falling further and further behind while we try to figure out how to make the educational system work,” she added.
There are international cautionary tales: A school choice program implemented in New Zealand in the late 1980s increased race and class segregation, said Richard Kahlenberg, a senior fellow at The Century Foundation.
A better model, he said, would look more like the one used in Cambridge, Massachusetts.
There, every school is a magnet school, in the sense that each has a different theme or approach to teaching. Parents select three top choices for their children, and the district makes assignments using those preferences and an overarching goal to maintain the demographic balance of each school with the district overall.
It has largely been successful. In 2001, the last year of the race-conscious program, eight of 11 schools, which enrolled 66 percent of the total preK-8 population, met those targets.
The district in the 2011 school year was 39 percent white, 30 percent black, 13 percent Hispanic, 11 percent Asian, 6 percent multi-race, and 1 percent Native American. (Schools have to be within ten percentage points for any one group of the overall district demographics.)
In 2001, district officials switched to aiming to balance schools by students’ socioeconomic status, as measured by eligibility for free or reduced-price lunch. (About 45 percent of students are eligible for free and reduced lunch.) Under that plan, seven of 14 schools, enrolling 67 percent of Cambridge’s preK-8 students, hit the target, in the 2011-2012 school year.
Submit a Letter to the Editor
November 3, 2015