The Fact-Check: Not Every State Takeover of a Troubled School District Deserves an F 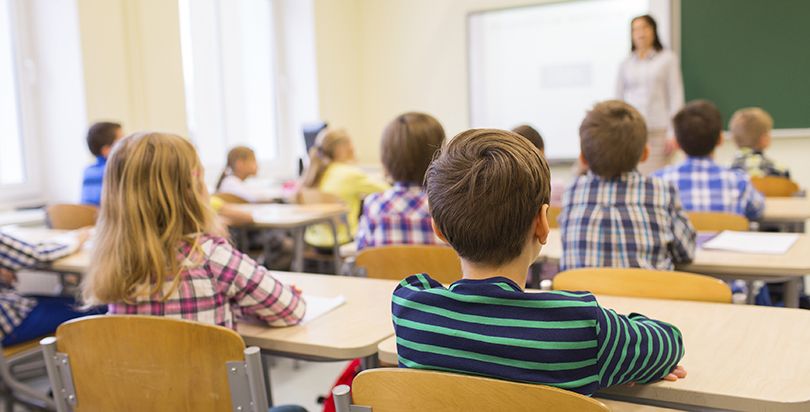 The Fact-Check is The Seventy Four’s ongoing series that examines the ways in which journalists, politicians and leaders misuse or misinterpret education data and research. See our complete Fact-Check archive.
Are state takeovers of schools good for students?
That’s a question elected officials are wrestling with across the country. Recently, Illinois Gov. Bruce Rauner has proposed taking over Chicago Public Schools, the country’s third-largest district that is facing a huge deficit and the threat of its second teachers strike in four years. A ballot initiative in Georgia would allow for a state-run district of more than 100 schools that are deemed low-performing.
Many don’t think that’s a good idea. A Jan. 27 op-ed in EdWeek declared that state takeovers deserve a “failing grade.” A Feb. 1 news story in The Washington Post said, “Takeovers in Newark, Detroit and Memphis have not improved test scores — in fact, some schools have gone backward.”
The Post story does not point to a single place where takeovers have improved student achievement — but there are some.
And contrary to the sweeping conclusion, the research on state takeovers is more complicated. Policymakers considering this route should be focusing on what’s driven some takeovers to succeed and others to fail — not whether state takeovers are simply “good” or “bad.”
First, the positives: Virtually all New Orleans schools became charters after a state takeover there following the destruction of Hurricane Katrina. Initial research by Tulane economist Doug Harris found large positive gains in achievement after the state stepped into a district where student performance had been abysmal for decades. These changes also coincided with a large increase in per pupil spending.
Harris previously told The Seventy Four, “I've never seen an effect of this size before,” comparing the charter reforms to efforts such as class size reduction.
The EdWeek op-ed claims, “New Orleans still reports some of the nation's lowest achievement scores and graduation rates.” But this is a completely unserious response. Achievement of students in New Orleans started at a very low level and efforts to reform the system should be judged on the gains that the state takeover produced.
There are still many questions about student outcomes in New Orleans and how to measure them — for instance, Harris hasn’t published his full study, so fully examining his methods isn’t possible yet — but right now the New Orleans evidence is clearly positive.
More good news comes from Lawrence, Massachusetts, which has been under state control since 2012. A new study, released as a working paper from the National Bureau of Economic Research, found that the takeover led to moderately large gains in math achievement and very small gains in reading.
Interestingly, though the turnaround involved a package of reforms — including efforts to improve teacher quality — the researchers found that a large fraction of the improvement could be attributed to extra learning time over vacation breaks for struggling students.
Research beyond these two cities is much less encouraging. A recent Vanderbilt study found no gains from Tennessee's state-run district of nearly two dozen schools in Memphis. The state takeover of Detroit has failed to stop the district’s extreme financial distress. A separate takeover effort within the already state-run Detroit schools also has struggled, though pinning down the effects on student achievement is difficult.
A 2007 study found middling results from a state takeover of Philadelphia schools. They made gains but generally not much more than similar schools in districts that weren’t taken over.
To my knowledge, there are no recent studies that show a state takeover having a negative effect on student achievement.
In sum, state takeovers have a mixed track record. Unfortunately, there’s little evidence why some turnaround efforts seem to have produced results and others haven’t.
There may be reasons to oppose takeovers beyond their effects on student outcomes — such as concerns about political disenfranchisement — but condemning such efforts writ large based on student achievement simply isn’t justified by the existing evidence.
Submit a Letter to the Editor
February 4, 2016