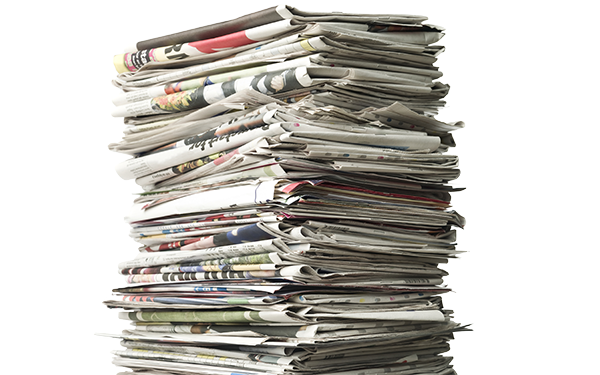 Updated October 22
The Fact-Check is The Seventy Four’s ongoing series that examines the ways in which journalists, politicians and leaders misuse or misrepresent education data and research. See our complete Fact-Check archive.
This week, the Center for Media and Democracy, a reliably pro-union advocacy organization based in Madison, Wis. that is funded in part by union donations, issued a report on America's charter schools.
In a nutshell, the report asserts that the American public "does not have ready access to key information about how their federal and state taxes are being spent to fuel the charter school industry." There's "a horrifying lack of accountability." There's "fraud, waste, and abuse in many states" because of too much "flexibility." Also, some charter schools have failed.
Several big-name newspapers dutifully printed the report’s findings and arguments for local readers, but none of them seemingly scrutinized the center’s bolder assertions, which later required corrections, and not one acknowledged the group's union funders — misrepresenting the report as an unbiased set of facts about America's charter schools.
"Report: Charter school budgets are a 'black hole' of public information," The Salt Lake Tribune proclaimed. "Report: $1.7M paid to Mich. charters that never opened," announced The Detroit News. “$2 million of Indiana charter school funds squandered,” decisively declared the Fort Wayne Journal Gazette.
The Center for Media and Democracy — a small, five-person operation with a research director who boasts the presence of his trenchant analysis on Comedy Central — claims that the charter school report is the result of a "year-long investigation" into charter funding.
Coincidentally, the pro-union group's "year-long investigation" corresponds almost to the day with an Oct. 24, 2014 disbursement of $30,000 from the American Federation of Teachers (for "member related services").
The $30,000 contribution isn't the only endowment the Center for Media and Democracy has received from a union. A cursory search of its contributions over the last five years shows a stream of generous union-linked money.
Since 2010, the organization has received $237,730 from national unions. Cash suppliers include the Service Employees International Union (SEIU), the American Federation of State, County and Municipal Employees (AFSCME) and the AFL-CIO. There has also been an unspecified grant from the Open Society Institute, a funding network established by progressive billionaire George Soros.
Beyond these issues of funding bias, the group's report is also beset with a host of factual problems.
"The report shows a total misunderstanding of how federal charter schools run," says Gina Mahoney, senior vice president for government relations at the National Alliance for Public Charter Schools.
While some charter schools across America have closed their doors for various reasons including financial improprieties and poor academic performance, Mahoney said, many of the charter schools which the Center for Media and Democracy identifies as closed simply have not closed.
Mahoney says the union-funded group based its closure findings on a sloppy and incorrect data set. In fact, some of the schools declared closed in the report have actually expanded while altering their names. Other schools now have new names because they are the result of charter school mergers. Still others reorganized and were folded into local school districts.
The Center for Media and Democracy has also already issued a correction to their earlier media advisory about charter school spending because it falsely claimed that Arizona Gov. Doug Ducey engaged in clandestine encounters with charter school supporters.
"The original advisory suggested that Governor Ducey was meeting secretly with charter school advocates. The governor’s office refutes this and we are changing our report to reflect this information," the pro-union advocacy group said in a follow-up statement. "We regret the error."
More notable, perhaps, than the correction is what was left out of the report.
Mahoney says the report avoids the fact that charter schools are now routinely surpassing public schools in academic performance — often for around the same per-student cost as public schools.
And the real success story in charter schools is not in wealthy suburbs where comfortably middle-class kids and rich kids attend public schools with abundant resources, Mahoney stressed, but in urban areas where poor kids live and where public schools have been failing students and families for decades.
"You are beginning to see the academic outcomes the teachers unions have feared. Kids attending charter schools are learning much more, as measured by the same math and reading tests kids take in traditional public schools," Mahoney said.
"Poverty is not a final destination for these kids. Charter schools have shown that kids from impoverished backgrounds cannot be written off."
Mahoney cited data from Stanford University’s Center for Research on Education Outcomes, a leading independent analyst of charter school effectiveness. The latest Stanford data from 2015 — which is absent from the Center for Media and Democracy report — shows that charter schools are facilitating real academic improvement for poor kids in urban areas.
"This research shows that many urban charter schools are providing superior academic learning for their students, in many cases quite dramatically better," Stanford's Margaret Raymond said in a statement. "These findings offer important examples of school organization and operation that can serve as models to other schools, including both public charter schools and traditional public schools."
Across 41 regions of the United States, "more than twice as many urban regions show their charter schools outpacing their district school counterparts."
In math, urban charter schools in 63 percent of the 41 regions currently outperform their public school counterparts. In reading, urban charters in 56 percent of the 41 regions outpace public schools in the same areas.
"The data shows that students are better served in charter schools, hands down," Mahoney said.
Will the Salt Lake Tribune, Detroit News and various other newspapers around the country now follow up the Center for Media and Democracy’s report with a wider analysis of the available research and statistics? Or at the very least inform their readers about the funders and agendas behind a charged report that so many rushed to cover without context?
Submit a Letter to the Editor
October 22, 2015