The Eagles Have Landed — Outside This School. As Birds Nest Nearby, Teachers Hatch New Assignments 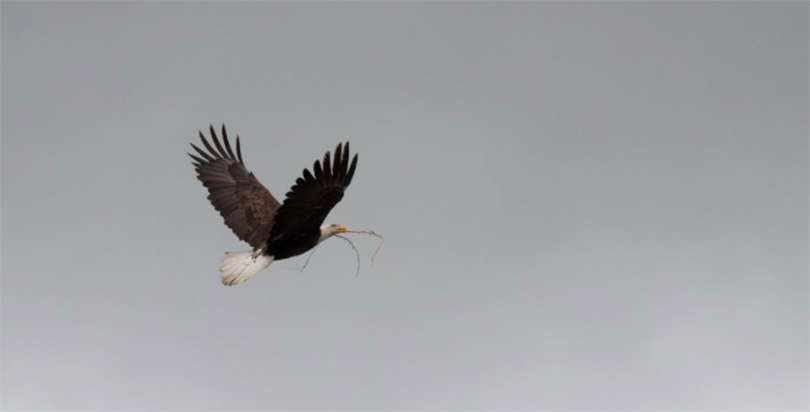 All across the country, elementary school is for the birds!

In Milpitas, California, a pair of bald eagles took up residence in a redwood tree outside Curtner Elementary School — and hatched a baby eaglet.

“Having them by the school is really cool, because you can be outside and you see them flying around,” fifth-grader Rachael Musharbash told The Mercury News. “They are our national bird.”

The parent birds work as a pair, providing food in the form of ducks and coots.

Nesting bald eagles have brought a stream of photographers to Curtner Elementary School here in Milpitas, to capture the shot of a lifetime. pic.twitter.com/torgz8l6Ib

Mom and Dad even seem to understand their place in U.S. history, timing a fly-by as students recited the Pledge of Allegiance, according to a local news report. “I don’t even think a Hollywood scriptwriter could write that one up,” Stan Szeto, a photographer and parent of a student at the school, told KGO-TV.

Meanwhile, in Tucson, Arizona, a great horned owl built a nest under a bush next to the front door of Robles Elementary School over spring break, giving the kids quite a treat when they got back from vacation.

“They get to study the life cycle of the owls and how long it will take before those eggs hatch,” Principal Chandra Young told KGUN-TV.

And, in Avon Lake, Ohio, a resident pair of bald eagles named Stars and Stripes laid three eggs in a nest near Redwood Elementary School.

Last year, the pair hatched two eggs at the same spot — and the couple are so popular that there’s an eagle cam, so fans can keep an eagle eye on their fine feathered friends.