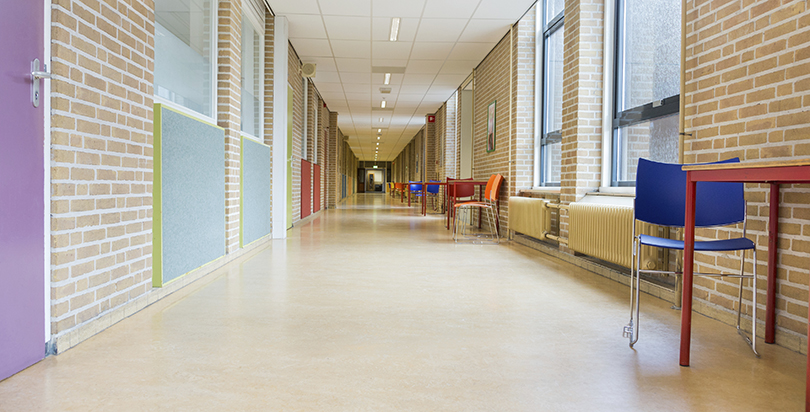 Detroit teachers have called off work en masse — widely referred to as a “sick-out” — in recent days to protest poor building conditions. The work stoppage has resulted in several schools cancelling classes, and led some observers, including Michigan Governor Rick Snyder, to condemn the protests, decrying the tactics as the wrong way to air grievances.

But few who have criticized the sick-outs have actually addressed the substance of what the teachers are complaining about. So are Detroit teachers right to worry that the poor conditions of their school facilities are harming their students?

When the mayor of Detroit visited schools in response to the sick out, he promptly turned up a dead mouse, poor heating systems forcing kids to wear coats indoors, and an unusable gym floor because of roof leaks.

The city teachers union has also pointed to black mold and rodent infestations.

It’s not clear how prevalent the problem is in Detroit, or how the city compares to the state’s other urban school districts, which often face facilities issues. It is clear from research, though, that school building quality has a meaningful impact on student outcomes.

For instance, a recent meta-analysis of research found a statistically significant relationship between building quality and student performance. Another study showed that California districts that just narrowly passed referenda to fund school bonds saw greater gains in student achievement (as well as increases in home values) than districts that narrowly defeated such referenda. The paper provides evidence that districts underinvest in facilities by a significant margin.

Particularly relevant is a similar study in Michigan, which again looked at districts that approved bonds in order to increase capital spending. The researchers found that the heightened facilities spending led to long-term increases in reading test scores. (Researchers have also found positive effects on achievement in Texas, Los Angeles and New York City)

Proving cause–effect is always difficult for research like this, and there are a few studies that find no impact; there also may be important differences between the impact of building new schools and fixing old ones.

But the weight of the evidence is clear: Facility quality matters when it comes to improving student outcomes.

Moreover, these studies generally look at standardized tests, which may actually understate the importance of this issue. The fact that some Detroit students must forego gym might not immediately harm math and reading scores, but missing out on physical education is surely not beneficial to students in the long run. Similarly, few parents would want their kids to attend a rodent-infested school, whether or not that shows up in short-term test results.

So say what you want about Detroit teachers’ tactics, but they appear to be calling attention to a real issue that can seriously harm kids.