Exclusive — The California Teachers Association Has a Whole Lot of Money to Burn: Here’s How It Spends It 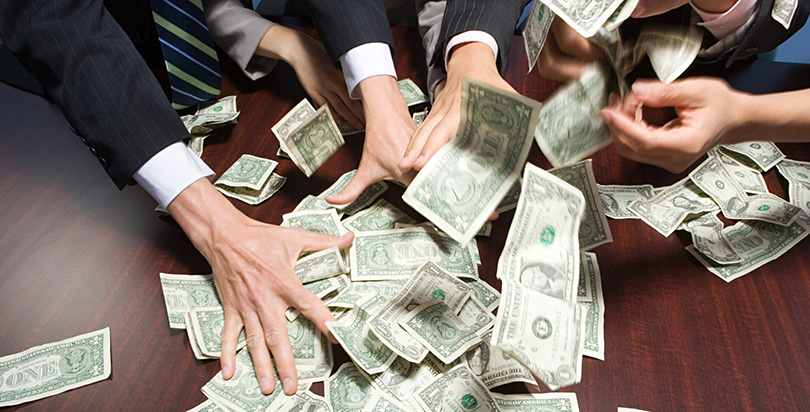 Mike Antonucci writes every Wednesday at The 74

The California Teachers Association is not only on the opposite coast from the New York State United Teachers, it is on the opposite side of the financial ledger.
While NYSUT battles budget deficits and cumbersome staff pension debt, CTA has loads of cash, consistent budget surpluses, net assets of more than $300 million, and a pliant state legislature that helps it get most of what it wants.
The picture isn’t entirely rosy. Gov. Jerry Brown, while friendly to the union, is more of a maverick than CTA prefers, and the union’s staff pension fund needs additional money. But there are plenty of dollars to go around.
With still more on the way, according to CTA’s proposed budget for the 2017–18 fiscal year. The union’s dues level increases by “the statewide percentage change in average classroom teacher salary, exclusive of step and column increases, within California public schools totaled over a three (3) year period, divided by three (3).” So, for example, if the average teacher salary increased by a cumulative 9 percent over the previous three years, dues would increase 3 percent.
That means California teachers will pay CTA $677 for the next school year, a $21 increase. The union also expects to have an additional 2,300 members, bringing CTA to a total of $195.3 million in revenue.
What to do with all this money? A good chunk of it is disbursed into various political funds, including a new proposed assessment.
Each member contributes $36 to CTA’s Initiative Fund, which is used to support or oppose statewide ballot measures. That amounts to about $9.6 million, but unused dollars roll over, and the Initiative Fund currently has $13.8 million in it.
Another $20 of each member’s dues goes to the union’s Advocacy Fund, whose nebulous purpose is to “promote policies to improve and fight back attacks on public education.” Culling from dues raises $5.33 million, with $12 million currently in the fund.
An additional $19 goes to CTA’s Association for Better Citizenship political action committee. This is money donated directly to political candidates and parties, although a good portion also funds the PAC’s administration and day-to-day operations. Unlike federal law, California allows the union to deduct PAC money from a teacher’s paycheck along with dues. This deduction raises $3.1 million. CTA’s PAC currently has about $545,000 available.
Another $16 goes to the union’s Media Fund. Though not strictly a political arm, the Media Fund pays for positive-image ads that generally precede a political campaign. This ad ran just prior to CTA’s campaign to pass Proposition 55, which extended the highest income tax brackets to pay for additional public education funding.
Finally, CTA had added one more political fund. Each member will now contribute $5 to the union’s Independent Expenditures Committee, which funds indirect spending on political candidates that may not be coordinated with the candidate or a political party.
CTA created the new assessment because it did not have a separate revenue stream for independent expenditures and was funding them through the transfer of PAC money. Now it will have about $1.33 million a year for that purpose.
Of course, CTA makes many other political expenditures — lobbying, for example — that are paid for through its general fund.
The sheer size of its budget, along with the hospitable political environment, makes it likely that even if existential disaster hits the rest of America’s teachers unions, the California Teachers Association will be the last domino to fall.
Email tips to mike@the74million.org
Submit a Letter to the Editor
April 11, 2017