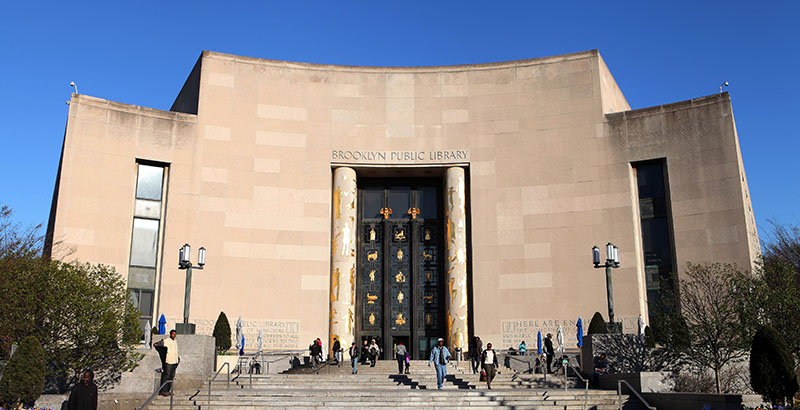 This October, New York City’s three public library systems announced they will longer charge late fines on books and other circulating materials, in an effort to eliminate a barrier to access and ensure all New Yorkers have free and open access to city libraries.

But long before the announcement, the Brooklyn Public Library had been considering how to help its patrons return books before they ever become overdue. In 2017, the library partnered with a University of Virginia behavioral science lab to help people bring their books back on time without shame or financial stigma, as well as increase patron engagement and reduce barriers to accessing the library.

“The idea of this partnership was to strengthen our relationship with our patrons and make sure the people who needed the library most weren’t being deterred from coming if they didn’t bring their books back on time,” says Linda Johnson, president and chief executive of Brooklyn Public Library. “We did a whole bunch of experiments and took a hard look at data to figure out what worked and what didn’t.”

Brooklyn Public Library (BPL) began this work in understanding and shedding light on how library fines disproportionately affect young people from low-income communities. In 2017, according to the New York Times, roughly 225,000 youth across New York City had accumulated $15 of library fines. That was enough per library policy to prevent them from checking out any new books.

In October 2017 BPL had a chance to erase fines during a one-time forgiveness program for youth. The library forgave about 171,000 youth cards, restoring library access for 70,000 young people who owed more than $15.

BPL wanted to go even deeper, as there was no existing program to help patrons avoid fines before they accrued. By December 2017, BPL secured funding from the Heckscher Foundation for Children to partner with the nudge4 solutions lab at the University of Virginia. “We had a lot of conversations around structural versus behavioral barriers,” explains Katharine Meyer, an affiliate researcher at the nudge4 solutions lab.

At BPL, structural barriers to returning books on time included that library branches had limited hours but lacked book drops. The nudge4 solutions lab didn’t think they could solve those problems, but they did think they could address behavioral barriers — like people forgetting when their books are due.

To understand why patrons don’t return books, the team tested three approaches across focus groups (which included patrons who had accrued late fines), surveys and interviews. The team wanted to know the effectiveness of providing better information, like customized messages naming the title of the book due and displaying its photo. They also explored planning prompts to help patrons fit book returns into their schedules, highlighting the library’s opening hours alongside encouragement to make a visiting plan. Finally, a set of messaging emphasized the community aspect of the library — “bring books back so other families can enjoy them,” as Meyer puts it.

The team found out that providing better information and planning prompts were most effective, with the community-rallying messages least effective — because, Meyer theorizes, people already knew that others were waiting for their books. “It wasn’t that patrons didn’t want to be good library stewards and return their books on time,” she notes. It was because they didn’t know which books to bring back, or had trouble remembering when books were due.

Before the intervention, about 59 percent of individuals receiving the standard courtesy notice — which were non personalized, with blunt language — returned their book on time. Behaviorally informed courtesy notices with enhanced information about checked-out items, including the book titles and images of book covers, increased timely return by almost 10 percent. BPL has made changes to reflect their findings, including a photo of the book jacket on overdue notices, with more engaging outreach and translations in four different languages.

The library also made applying for a library card friendlier. “Out of the Nudge project, we unrolled a ton of improvements to the process — and it was in some ways a parallel example to how we changed our overdue notice,” says Amy Mikel, a BPL librarian and director of customer experience. The application process is now “more engaging and dynamic,” she says, “with a form that begins to recognize what kind of patron you’re presenting yourself as, then changes itself to gather information you might need.”

In addition to the intended project outcomes, BPL hoped this work might contribute to the elimination of late fines altogether. “All of this work put us in a position to go to the city, in the next budget negotiation, and say that we’d really like to go fine free — we were working to bring the fine down organically through these efforts, and wouldn’t it be great if the city would make up the difference?” says Johnson. Then COVID-19 hit, closing down in-person libraries and putting borrowing and returns on hold.

BPL applied the findings from its nudge4 solutions partnership as it reopened libraries this year. “There was a question about how we bring folks back to the library and help them get back into the habit of circulation,” says Meyer. The team helped promote the Bklyn BookMatch program — which lets readers get personalized recommendations about what to read — this spring with postcards. Requests for the program leapt to about five per day up to 20-60 requests per day, according to Meyer.

This year, BPL also tackled that structural barrier that nudge4 pointed out: It tripled the amount of overnight book drops at branches.

Finally, BPL is planning to introduce a “Welcome Card” to patrons early next year, which lets patrons use the library’s digital services immediately without providing government identification. “After you go online to apply for a library card, in order to activate it or use it you have to visit a library branch with your identification,” explains Mikel. “What if we said that once you apply for a library card, we grant you digital access to our online services?”

The “Welcome Card,” then, will offer immediate access to BPL’s digital services, including e-books, databases and computers. (It can be upgraded at any time to a regular library card with identification.) “We won’t need to verify any information against legal documentation for you to do those things,” Mikel explains.

As BPL transitions with the rest of New York City libraries in becoming fine free — an initiative that’s had a major impact in cities like Chicago — the nudge4 solutions work has well prepared the library to continue strengthening engagement with patrons.

“In Brooklyn, we look at ‘fine free’ not as the end of the road, but as the first step,” says Mikel. “We still want to help patrons keep their accounts in good standing. We do want to use fine free as a tool to find and retain new library card users. We do want to create engagement with our collections and services.”

This article originally appeared Next City and is published in partnership with the Solutions Journalism Exchange.