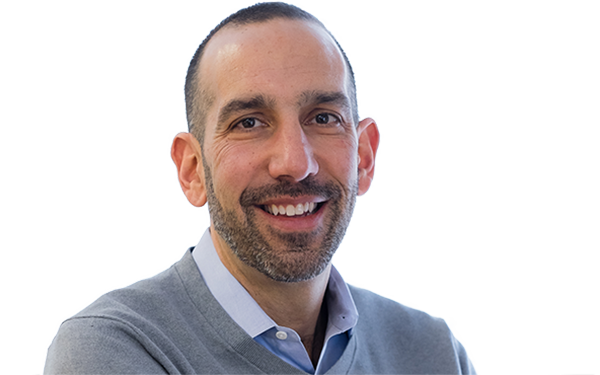 Dan Cardinali led Communities in Schools, the country’s largest dropout prevention organization, for over a decade. The group has 164 affiliates in 25 states and the District of Columbia that place coordinators in schools to help marshall community resources for children at risk of dropping out; 93 percent of students the organization serves graduate high school. School site coordinators may help struggling students with tutoring, enrichment experiences like field trips or summer programs, food, physical and mental health care, family engagement, behavioral interventions, or whatever else might be needed to cross the  goal line on graduation day.

Cardinali will take over as president and CEO of Independent Sector, a network for leaders of nonprofits, in July. He spoke with The 74 earlier this month on June 3, his last day at Communities in Schools, about the best and worst parts of his time there, fights in education policy, the tension between values and data, and how nonprofits can help solve the political rift in America. (The interview was lightly edited for clarity and length)

The 74: Education reform can often devolve into fighting. How do you keep out of that fray?

Cardinali: What we have found is…there is a fair amount of volatility in school systems, by dint of superintendents having turnover, school boards just having the natural role in democracy, and transitions from principals from one school to another. What we discovered a long time ago is that if we had a community-based organization, a nonprofit, that was skilled at partnering routinely through these changes, with whoever the education leaders were at the time, there was a high probability that we could sustain a presence in all the high-poverty schools and grow that, and we wouldn’t be attached to the former superintendent or the former school board who championed us …

That local experience of figuring out how to both be a partner while staying out of the fight really enabled us to grow from 100 kids in 1977 to 1.5 million students in 2016. That then got mirrored in how we handle policy fights….

I think our biggest contribution is trying to cut a middle ground and denounce what we see as a false dichotomy: you know, can’t fix schools until you fix poverty, can’t fix poverty until you fix schools. We just think that that is a false dichotomy…I think that’s our biggest contribution to [the goal of], ‘Let’s stop drawing lines and shooting at each other’….

You’ve been at Communities in Schools since 1999, and the president since 2004. What are you most proud of accomplishing in your time with the organization?

[In] an organization that has the kind of profound commitment among the 4,000 staff and tens of thousands of volunteers, there’s this very clear values-driven commitment to make relationships and transformative love the centerpiece of how we are in relationship with kids and families. That has not been thrown out as a value and a driving principle as we’ve become a highly rigorous, evidence-based organization. Those two dynamics of [being] love- and values-driven can be deeply aligned and animated and accelerated by a really rigorous commitment to being a learning organization, using evidence and data-driven decision- making, and courage to look at what’s not working and stop doing that, and evolve into what’s working effectively. That is not me, that is a shared value across our network. I’m deeply, deeply proud of not letting those two things fly apart, that evidence and love, or intentional relationships, are possible to hold together.

This very strong distributed leadership modality that holds this kind of core principle of love and rigor in tension, I just feel like I can go and I’ve made my contribution. I’ve exhausted my toolboxes, and these folks have it and now will run with it and evolve it in ways that are unimaginable to me.

What’s the most inspiring thing you saw at local affiliates during your tenure?

Once a local affiliate is accredited and really stabilized in delivering the model at scale, meaning in all of the high-poverty schools in that system, and deeply aligned with superintendents and principals, once they’ve gotten that baseline of high-quality delivery, what I’m most excited about seeing is there is a natural openness to higher ed to make a linkage with the transition into college readiness and the supports required, particularly for poor kids, to be successful in college.

Increasingly we’re seeing our high-performing local affiliates partnering with community colleges, for example, and having a natural transition around the kinds of supports that a [high school] senior or junior would’ve had, as she or he becomes a freshman or sophomore at the local community college. That handoff, when done well, is to me extremely exciting. If you think about it, many of these young people are living at home, they’re contributing to their family wage, and the challenges haven’t necessarily gone away just because they’re 19 now and at the local community college… The kinds of supports that we’re seeing to help make [college degree attainment] happen is one of the growing signals that the work is critically important.

What’s been your biggest disappointment?

I really hoped that we could reach more kids and families more quickly … Even though we’re serving 1.5 million students and we are by far the nation’s largest evidence-based provider of student support in the country, we know that there are 11 million K-12 students living in pretty dire poverty. While I’m very delighted with our accomplishments, I feel the real anxiety and pain of that gap. Because we’re the largest provider [of dropout prevention services] there’s a sense that how are we going to close that gap, and what is our responsibility for continuing to scale at a faster rate while also supporting other organizations to scale at the same time? I never quite figured that out, and I feel a certain disappointment as I walk out the door with that.

The biggest story in K-12 education has been the passage and implementation of the Every Student Succeeds Act. What do you think of the new federal K-12 education law?

We have a couple of things that we think about that bill. First of all, we worked like many people, for many, many years, to educate policymakers by putting them in contact not just with our research….but actually with the local advocates, the boards of directors, our volunteers, our staff, the young people and their families that we work with. They became very powerful advocates… [Congress] agreed with what we were hoping they would, which is that they allowed the permissible use of Title I dollars [the $15 billion in federal funds sent to aid the education of children in poverty] for integrated student support. It really lifted up into legislation what we know now to be effective, highly evidence-based ways to mitigate the effects of poverty so that educators are freed up to really teach and not have to manage the implications of poverty, and kids who are poor don’t have the barriers that poverty produces when they walk into the classroom. So to see public education really understanding the value of evidence-based strategies to mitigate the effects of poverty for us was a real celebration. So that’s number one.

Number two is that we were very delighted with the shift in the language in ESSA around preferencing evidence-based work for the allocation of public dollars … You want certain codification around what we know to be effective practice, particularly when you’re dealing with the highest-risk kids in America.

The third thing we really liked about it is it recalibrated the decision-making back to states and to local communities. So this notion of calling out effective practice based on really national, rigorous research, privileging the allocation of public dollars through an evidentiary framework, but empowering local communities to then make the best choices about what they saw was the right combination of those interventions or prevention services, along with the other sets of education policies that were being made … those three things we were really, really delighted with …

If you could wave a magic wand and fix schools for students in poverty, what would you do?

… Public education, if it fully integrated a student support strategy, could raise its ability to be effective in any community, regardless of ZIP code. This we’ve shown and we know to be true. We also know that integrated student supports are not a silver bullet, they have to be within the context of other sets of things goings on.

My fantasy, my waving of the wand, would be that there were state and federal policies that provided the kind of resources to have the staffing at schools to deliver integrated student supports, and — and this is the most important part — and there was ongoing training, technical assistance and professional development for those folks doing the integrated student service provision. And this is the link. We know from the body of research on effective teaching that a teacher becomes better and better over time, particularly when there’s really intentional coaching and ongoing professional development and feedback to really hone the skills. This is also true in the integrated student service provision. A staff person who’s trained and certified in this gets better and better over time when there are an accompanying set of supports that are equally important to his or her success …

Given all the growth you’ve seen at CIS and the great work it does, why decide to leave?

It was extremely tough … I was turning 50, and I asked a couple of questions. One, am I going to retain a content expertise [the nexus between child development and public education], and if so what do I do with that moving forward … or was there also something about the social change and the role of the community, really civic leaders that are organized through nonprofits and philanthropy, that is critical to the future of a healthy America.

I was on the board of Independent Sector and it was very clear, the board itself was very courageous in saying we need to be part of this next phase of American solution-making, and we believe local communities, civil society, has a unique contribution. It turned out through polling and an analysis we did that Americans generally trust the nonprofit and philanthropic sector more than the business or the public sector. So there’s a really kind of almost a call by those of us in the nonprofit sector to leverage our sector to be a real resource … as we try and evolve the country, particularly as we try and heal through this very, very fragmented political process. We think local communities have the capacity to be part of that stitching of the fabric back in American society.