Support The 74 and stories like this one. Donate Today!
News
Personalized Learning
The 74 Interview

The 74 Interview: You Don’t Think Your Child Is Average & Harvard’s Todd Rose Doesn’t Either

As the director of the Mind, Brain, and Education program at Harvard and the co-founder and president of the Center for Individual Opportunity, Todd Rose may have some of the most anti-establishment titles in education.

It’s fitting for a guy who has made it his mission to end the notion that there is such a thing as an average human being.

I first met Todd in 2013. He was giving a lecture on this topic, and the neuroscience behind it, at the Harvard Graduate School of Education.

It felt a little bit like Elon Musk giving a talk at a Ford plant.

WATCH: Todd Rose on Why Individuality Is the Key to the Future 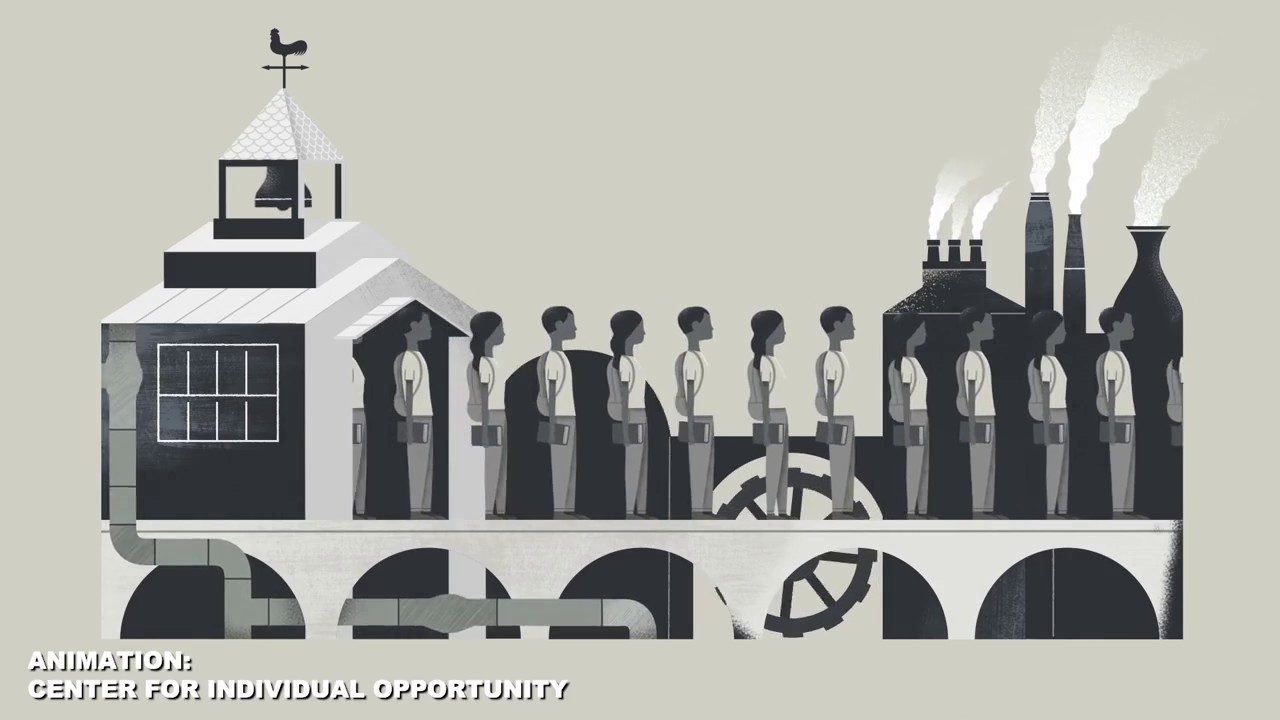 If you don’t already know Rose’s name, then you will soon. His theories of smart individualization and adaptive personalization are quickly penetrating education policy debates in unexpected and important ways. And he has a powerful team of researchers, marketers, and believers behind him.

“We are focused on the personalization of society,” he told The 74 of his work at the Center for Individual Opportunity. “Getting away from a one-size-fits-all view of people and the systems that we build around that and trying to get something that’s far more personal and helps develop the potential of every single person.”

The below interview has been edited for length and clarity:

The 74: Your own personal story explains so much about the theory of change you have developed. Tell us how you came to this work and this mindset.

Rose: My interest in these ideas and the failure of average and the power of harnessing individuality probably comes from, really, two things. One was a deeply personal experience and the other was a professional sort of insight.

The personal experience was … It’s nice that I’m a professor at Harvard and some other things, but I also failed out of high school, pretty spectacularly. I had a 0.9 GPA and I didn’t quite fail – they actually kicked me out. I like “fail” because it makes it seem like I had some choice. I ended up on welfare, I had two kids while I was working minimum-wage jobs at 19 and needed a different life, and I did still have this sort of weird belief in the power of education to transform lives and life circumstances. So I got my GED and went to college at night and I sold fence during the day and slowly built up a new view of myself and what I was capable of.

I had always assumed that I’d be a neurologist. After that I realized that wasn’t what I wanted to do and Harvard had started a brand-new program called the Mind, Brain, and Education program, and so I thought … I didn’t know where Harvard was. I actually could never have pointed it out on a map. I grew up in rural Utah.

I wanted to be there, and I actually ended up getting into the program — that’s the program I’m the director of now.

The professional aspect of this was that I knew that the sort of standardized approach to success didn’t really work for me and that I had to carve off my own kind of path, but when I got to Harvard, it was during a period of time when science was changing pretty dramatically.

I was working at Mass General Hospital, watching changes in medicine, in neuroscience, in nutrition, where we were getting away from one-size-fits-all and really starting to look at personalization of things based on a new kind of science. And so it was that moment where I realized, “Wait a minute. This applies deeply to education and the workplace and human potential in general.” That really kick-started this whole path that I’m on right now.

What does the “end of average” mean, more specifically, for pre-K–12 education, and what does it mean to be “designing to the edges”? How is this playing out in American classrooms right now?

The “end of average” for education means that it is unacceptable to design learning environments assuming most kids are like an average kid, because it turns out scientifically, mathematically, there actually isn’t such a person. It’s just an empty middle. They don’t exist, and so you’ve designed textbooks and curricular materials and assessments that fit actually nobody at all, and then kids muddle through and then we reward the ones who muddle through the best with better grades. All the while thinking we’re actually nurturing their potential, and we’re not.

So it means flexible design of environments. Every other industry decides education designs flexibly and we still pay for average-based products. We call it “age-appropriate,” but it’s actually just like you buy an age-based textbook; it’s just what does the average kid of that age know and can do, and it’s absolutely creating artificial barriers for kids.

The second thing, the biggest one for me, is right now we’re fixated on a set amount of time to learn and then we give you a grade and then really at best you’re going to know how you compare to the kid sitting next to you, but based on this new science and based on the ideas of “end of average,” I think you have to shift to mastery. I don’t care how my kids perform compared to kids sitting next to them. I want to know whether they’ve mastered the material they need to live the life that they want.

How is personalized learning addressing some of these issues? What are its limitations?

I think one of the mistakes I think we’re making in education is to view personalized learning as another fad, but it’s not. It’s something bigger than that. There’s something stirring in society. We are realizing the extreme limitations of standardization.

Most everyone wants personalized medicine now. You would never accept average-based medicine anymore. This is true in nutrition. This is true all across the board, and education is just following that same path. We’re getting away from one-size-fits-all and focusing on systems that really try to understand who you are and help develop you to your full potential.

The mechanisms of personalization are part of that, but it’s obviously bigger. A big step toward getting there is actually the change in the assumptions that the public makes about themselves. People are still willing to see people through the lens of a bell curve — thinking some kids are just innately smarter than other kids.

If you believe that, then we should keep building our education system the way we’ve built it, as a great and fair sorting mechanism, to sort the best from the rest. Until we change that fundamental set of assumptions, it’s hard to create demand for these things. That’s our charge.

With respect to creating demand — as this is an enormous paradigm shift — what are you doing to engage meaningfully with parents?

Parents want this for their kids, but they don’t want to be the one that experiments on their kids. It’s interesting.

They know that the old way doesn’t really work, but they just are unwilling to stick their kids out there, but the second you show them really great examples that other kids are getting, then suddenly there’s your demand. They find that unacceptable. They want their kids to have that because they know if other kids are getting it and their kid isn’t, then their kid’s falling behind.

If we go and tell people, “Oh, there’s a different way to think about education,” like, their eyes just gloss over. We’ve found it’s really important to tie these ideas to something bigger than just education.

We are absolutely living in an age of personalization now, and we show them. We have to show that this is a complete rethink of ourselves as a society and then position education as part of that, so our work is largely to develop that broader change in the way the public sees themselves as a way to create demand for education.

What is your response to skeptics? To people who say things are going OK?

Here’s the thing. Relative performance is how some parents gauge success … “We’re doing fine compared to somebody else.” But who cares? What we really want to know is, have we developed your kid’s potential to its fullest, period? And that doesn’t have anything to do with what another school is doing and whether you’re slightly better than they are.

To me, if you think the way we’re doing it now is fine, then keep your kids in those kind of schools, but I think we could do a lot better, and I think it’s not even just a little bit better. I think we will write stories about this a hundred years from now about the time when education became something profoundly, qualitatively different than it was before.

I think it’s going to take a few decades to really infuse across everything … I mean, things take time and I’m super impatient, so I hate even saying that out loud, but I think you will see dramatic change in the next decade because I don’t think we have a choice.

I think it’s the moral thing to do. I think kids deserve to go to a public education system that tries to know them and develop their potential instead of artificially limiting it and labeling them and whatever. I just think it’s immoral, but if we just looked at basic national self-interest, economically, we just aren’t producing the kind of talent we need to even have a functional economy. Even if we just went on that, we have to do something different.

If this was 20 years ago, we probably knew this back then, but we didn’t have the know-how or the technology to scale it, and so it just was ideological. We’ve seen this all the way back to John Dewey, who argued, wrote a great paper [“Individuality in Education”]. That’s a hundred years ago, but we can do something about it now. It’s not more expensive, but it does take a lot of will.

Do you think the election strengthened or complicated your theory of action?

I think it clarified it. If you think about what this kind of education system needs, it’s a highly contextualized set of solutions. What looks right in LA Unified may not be the same as what it looks like in Salt Lake City. The principles will be the same, but the way it looks will be specific to the kids and the context and the resources and constraints.

I think what we need are a lot of local innovations and experimentation with what really will work for whom under what circumstances, and I think when you have a strong national presence, the sort of knee-jerk reaction is to say, “What if we just had a federal play for this,” but I don’t think that’s the best path to a solution here. I think a lot of state and local innovation is what was needed, and now there’s pretty much no other option but to do it that way.