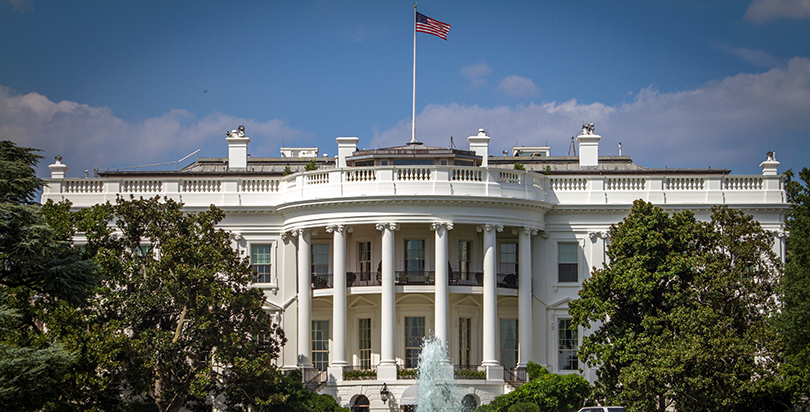 The administration in March had put out a “skinny budget” asking for a $9 billion cut to the agency’s roughly $68 billion budget, including eliminating funding for after-school programs and teacher training, while adding new money for school choice programs.

Education Secretary Betsy DeVos is slated to testify at the House Appropriations Committee Wednesday. Trump’s legislative agenda is in question, given the mounting controversy surrounding his presidency, including Wednesday’s appointment by the Justice Department of a special counsel to investigate ties between Russia and the president’s 2016 campaign.

“He has no juice on Hill. His budget is mega-dead,” Hess tweeted Thursday.

The budget document is an opening bid in what will be a protracted negotiation with Congress over funding for fiscal year 2018, which begins Oct. 1. There is sure to be opposition to much of Trump’s proposal, and at least one key Democrat has already condemned it.

Sen. Patty Murray, the senior Democrat on the Health, Education, Labor and Pensions Committee and the Appropriations subcommittee that deals with education funding, said it “will weaken communities” and confirms that Trump’s and Devos’s “extreme ideological commitment to public school privatization will come at the expense of millions of students around the country.”

DeVos will lay out the specifics of her school choice plan, likely a federal tax-credit scholarship, in a speech to the American Federation for Children, the school choice advocacy group she founded, at its annual conference Monday, Politico reported.

Here, based on the Post’s story, are the budget’s biggest winners and losers:

School choice: The budget would provide $500 million for federal charter school grants, $168 million more than this year’s budget, and $250 million in “Education Innovation and Research Grants” that would support expanding and studying private school vouchers. It was not clear how much would be directed toward vouchers versus research, the Post reported.

The Trump administration would also like to devote $1 billion in Title I dollars, which support the education of low-income students, to a new program to be called Furthering Options for Children to Unlock Success. Federal dollars, along with state and local, would follow children as they transfer among public schools, according to the Post.

The Senate rejected that idea in 2015 during debate on what became the Every Student Succeeds Act. Opponents say watering down Title I dollars doesn’t help target pockets of poverty and could send the money, intended for poor children, to wealthy districts.

The $20 million that pays for the Opportunity Scholarship Program in Washington, D.C., the only federally funded voucher program, is included in the bill that allocates funding for D.C. more broadly, not the one covering the Education Department.

DeVos’s security detail: The budget will ask for another $158 million in salaries at the department for student loan servicing, IT security, auditing, investigations, and security for DeVos, even as the department seeks to reduce the roughly 4,000-member agency’s overall workforce by about 150 people.

Previous secretaries have relied on the Education Department’s internal security staff. DeVos, following an early incident in which a protester tried to block her from entering a school, is being protected by the U.S. Marshals Service, the Post reported earlier this year. The Education Department reimburses the marshals service about $1 million a month for that protection, the Post reported in April.

Career and technical education: The administration proposes cutting the Perkins program, which gives grants to schools and colleges for career education, by 15 percent, or $168 million.

The House Education and the Workforce Committee Wednesday unanimously passed a bill reauthorizing and updating the Perkins program that authorizes up to $1.13 billion for fiscal 2018, and more in subsequent years.

(The 74: Career and Technical Education Should Be ‘Plan A,’ Foxx Says as House Takes Up Perkins Bill)

College student borrowers: The administration proposes big shake-ups to federal student loan programs, including eliminating the $700 million Perkins loan program, cutting by nearly half the federal work-study program, and taking steps toward ending the federal subsidies for loans that mean no interest accrues while students are in school.

It also proposes ending public service loan forgiveness, which allows people employed by governments (including teachers) or nonprofits to have federal student loans forgiven after 10 years of on-time, monthly payments.

Not grandfathering people who have already made choices about employment and borrowing is a deeply unfair and cynical thing to do https://t.co/P886WWdONI

Office for Civil Rights: The Office for Civil Rights investigates violations of federal protections based on sex, race, and religion, with the number of complaints surging in recent months. The full Trump budget would seek $106.8 million for OCR — equivalent to the first six months of this year, but a decrease from the funding bill passed earlier this month. That would mean a reduction of about 40 jobs, according to the Post.