The 20-Year-Old Federal Education Provision You’ve Never Heard Of: For Decades, Students Have Had the Right to Transfer Out of ‘Persistently Dangerous’ Schools 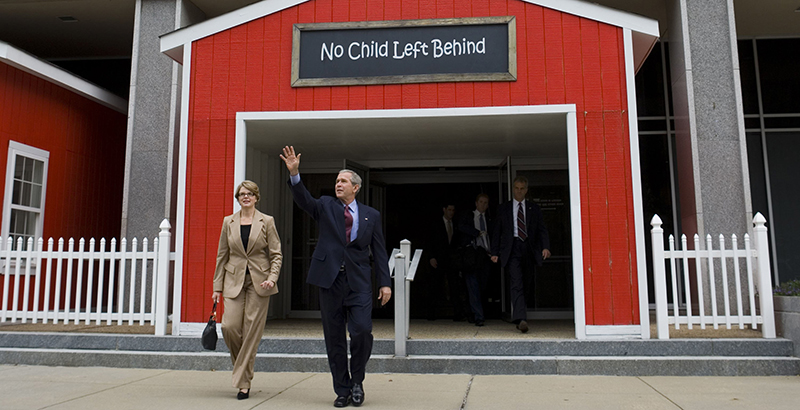 Buried among the hundreds of pages of federal K-12 education law is the “unsafe school choice option,” a provision that allows students who were victims of a violent incident at school, or who attended “persistently dangerous” schools, to transfer to any other public school in their district, including charters.

Such a policy would seem to tick a lot of appealing boxes for members of Congress, from support for school choice and parent empowerment to a new safety provision in a country grappling with devastating school shootings.

But in its nearly two decades on the books, first as part of No Child Left Behind and continued under the 2015 Every Student Succeeds Act, it’s hardly been used: just eight states and Puerto Rico have ever identified any schools as “persistently dangerous,” and half of those identified fewer than 10 schools, according to data compiled by The 74. Just a handful of schools — perhaps as few as two — are still considered dangerous.

The provision emerged from near-obscurity in late 2018, when the Education Department issued a notice in the Federal Register that it’s seeking to study how states have implemented the program.

Looking back, the creation, staying power and ultimately limited impact of the unsafe school choice option may have more to do with the sausage-making of Washington politics than any high-minded ideals or practical policies.

The author of the provision, former Rep. Bob Schaffer, a Republican from Colorado, is candid in the way only someone who’s no longer in office can be.

Democrats who supported public school choice didn’t think the provision was particularly well suited for No Child Left Behind, a bill more focused on improving academic conditions for students than on making schools safe, said Charlie Barone, who at the time worked for Rep. George Miller, the education committee’s top Democrat.

“We didn’t think it was particularly well thought out, nor on the other hand was it easy to oppose,” said Barone, now chief policy officer at Democrats for Education Reform.

The provision was first included in a 1999 attempt to reauthorize the Elementary and Secondary Education Act. That bill never became law, but the push was renewed in 2001 during negotiations for what became No Child Left Behind.

Watch the Oral History: 15 Years After No Child Left Behind, Inside the Enduring Legacy of the Landmark Education Law

“The baseline was, who can argue with getting kids out of unsafe schools?” said Christy Wolfe, who worked for Republicans on the House Education and Workforce Committee and is now senior policy advisor at the National Alliance for Public Charter Schools.

“This is the lowest common denominator element of choice that we could get in that bill.”

Earlier GOP drafts of No Child Left Behind had broader school choice policies, like vouchers for children attending failing schools, that didn’t make the final cut. The unsafe school choice option, too, was initially more expansive, with the choice for eligible students to attend any school, including a private one, at public expense.

It was clear to Schaffer, who left the House in 2003 and is now the headmaster of a charter school in Ft. Collins, Colorado, that safety was one of the few rationales he could get choice opponents to support.

“I realized that, tactically, attaching school choice to violence, and [to] disruptive schools and places that are untenable environments for the academic process and learning was one of the few reasons I could get Democrats and some liberal Republicans to vote for [choice],” he said.

But the law left it up to states to define “persistently dangerous,” and some set the bar so high it was nearly impossible for a school to be deemed unsafe.

“It was one of those things that pretty quickly people knew we couldn’t take very seriously, and that it was not implementable,” said Mike Petrilli, the current president of the Thomas B. Fordham Institute, who worked at the Education Department when the program was being implemented.

(Spokespeople for the education departments in Puerto Rico and Texas, both identified in public reports as having identified “persistently dangerous” schools, did not answer questions about how many, or which schools, had been given that label.)

A 2007 Education Department inspector general report looked into why few schools were identified.

Many states, for instance, measured school safety on the basis of incidents over two or three consecutive years, despite the Education Department’s recommendation in non-binding 2004 guidance to make the assessment based on one year’s worth of data at a time. Others only counted events that resulted in arrests or expulsions, or excluded the most common offenses.

The inspector general report highlighted, for instance, a policy in Ohio that required such a high percentage of incidents that a high school with 1,000 students could have four homicides and 19 weapons possessions annually and still not qualify as “persistently dangerous.”

California, the most populous state in the country and home to its second-largest school district, has never identified a school as “persistently dangerous.” Schools could only receive that label if, for three consecutive years, there were more than three specific violent incidents, those incidents amounted to more than one event per 100 students, and the perpetrator was expelled.

Even among states that did identify schools as persistently dangerous, the definition was too narrow, some researchers argued.

Among the states that have identified schools as dangerous, most said they don’t keep track of student transfers by district, or that if they do, they can’t say which students transferred specifically due to safety concerns.

Though relatively few schools have ever been identified as “persistently dangerous,” clear patterns are visible among schools given that label.

Several schools that were identified more than once are alternative schools for students with behavioral challenges. Most are in big cities that primarily educate students of color: In Maryland, for instance, every “persistently dangerous” school is in Baltimore. In Pennsylvania, every school but one ever given the label is in Philadelphia. Eighty percent of the dangerous schools in New York state are in New York City.

Only New York has identified “persistently dangerous” schools in recent years, and only two schools currently have that designation, down from as many as several dozen annually from 2012 to 2016. (New York changed the way it tracked school violence in 2016; other states have also amended their “persistently dangerous” calculations in recent years.)

Though Congress kept the policy in ESSA, states weren’t required to provide details in their ESSA plans on how they’d comply, according to an Education Department spokesperson.

Schaffer said he doesn’t regret the decision not to define “persistently dangerous” schools in the law, or to have the Education Department write the definition through regulation.

For one, that’s not the federal government’s job, he said. (In fact, Schaffer was so displeased with the lack of state and local autonomy in No Child Left Behind that he voted against the final version, despite being one of a half-dozen to help write it.)

And for another, given the diversity of opinions in Congress, any definition “would probably be bad, and also we probably couldn’t do it,” he said. Insistence on a federal definition likely would’ve tanked the whole provision, he added.

In a bill that gave schools plenty of less-than-complimentary labels, it’s hardly a surprise that states didn’t want to tack “persistently dangerous” onto that list.

Correction: The article initially misstated the Colorado city where former Rep. Bob Schaffer is the headmaster of a charter school.