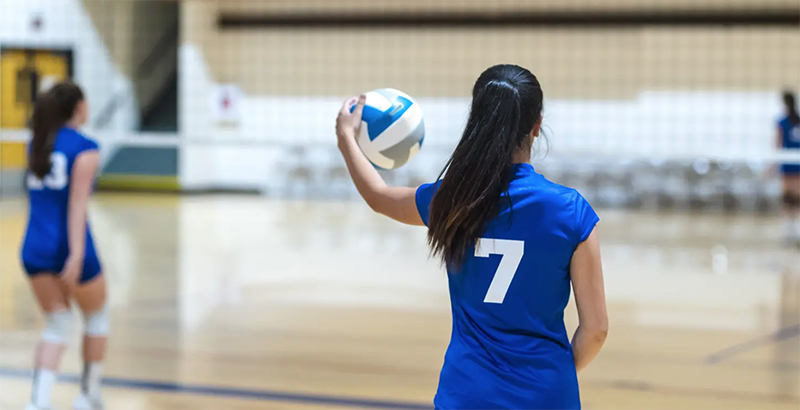 Two bills approved Monday by a Texas Senate committee would require transgender athletes to participate on sports teams that correspond with the student’s sex at birth. (Getty Images/iStock)

Legislation that would limit transgender students’ participation in school sports advanced out of a Senate committee on Monday after similar legislation failed to pass during the regular session.

With no Democratic members present after dozens of Democrats fled the state, in an attempt to halt GOP-backed voting restrictions legislation, six Republicans on the Senate Health and Human Services Committee still had a quorum and held their first public hearing on two bills during the days-old special legislative session. Gov. Greg Abbott added the issue to lawmakers’ agenda when he called the special session.

Sen. Charles Perry, R-Lubbock, who is also vice chair of the committee and who authored Senate Bill 2 and Senate Bill 32, said the bills would protect cisgender women’s rights to compete in their desired sports.

Both of the bills would require student athletes to participate on sports teams that correspond with the student’s sex assigned at birth or listed on their official birth certificate at or near the time of birth. SB 32 would impact sports at K-12 public schools, while SB 2 covers both K-12 and public colleges and universities.

“It reminds us that it’s not OK to destroy the dreams of one for the benefit of another,” Perry said during the committee hearing, arguing that transgender boys and men could take opportunities away from cisgender girls and women.

Maddox Hilgers, who identifies as nonbinary and is a graduate student at the University of Houston, implored the committee to halt the legislation.

“This argument that transgender athletes will take over women’s sports is ridiculous, because there just not enough transgender girls to do that,” Hilgers said.

The University Interscholastic League of Texas — which oversees and governs high school athletics in Texas — currently requires the gender of students be “determined based on a student’s birth certificate.”

But the UIL recognizes changes made to a student’s birth certificate, including when a transgender person has the gender on their birth certificate changed to correspond with their gender identity, said Jamey Harrison, the UIL deputy director. But SB 2 and SB 32 would no longer allow that.

During the regular legislative session, Lt. Gov. Dan Patrick made similar legislation a priority, with Senate Bill 29 sailing through the Senate chamber. The bill ultimately died after the House missed the necessary deadline for passing all Senate bills in the lower chamber.

Cassie Villela of San Antonio was one of many parents with transgender children who showed up again on Monday after testifying before the Legislature during the regular session. Bills considered earlier this year — but that were not part of Monday’s committee hearing — sought to restrict or punish transition-related health care, like puberty blockers, for children.

“My husband and I are just doing our best to give my daughter the support that she needs,” Villela told the senators while testifying against the sports bills. “We struggled for the last few years to figure out what that looks like.”

Villela said her 7-year-old daughter, who is trangender, already has a difficult road navigating obstacles such as discrimination “without having to justify her existence to the Texas Legislature.”

Villella said she came to the Capitol more than five times during the regular session to testify and talk with legislators individually about bills affecting transgender youth.

“I think they don’t see people’s lived experiences with it, the reality of it,” Villela said.

Allyson Waller is a reporter at The Texas Tribune, the only member-supported, digital-first, nonpartisan media organization that informs Texans about public policy, politics, government and statewide issues.

Disclosure: University of Houston has been a financial supporter of The Texas Tribune, a nonprofit, nonpartisan news organization that is funded in part by donations from members, foundations and corporate sponsors. Financial supporters play no role in the Tribune’s journalism. Find a complete list of them here.