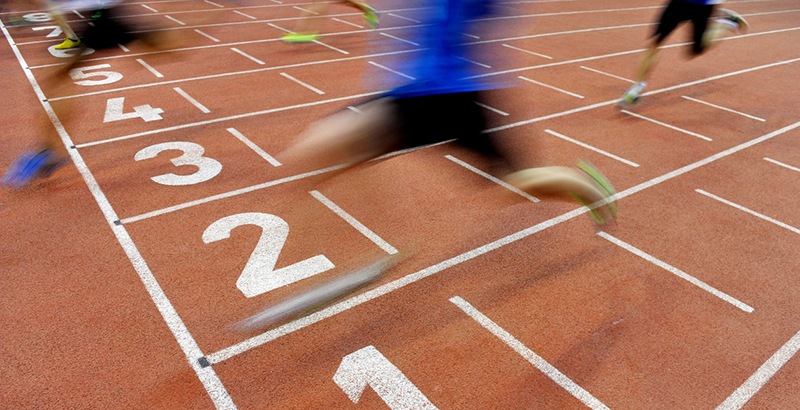 A Texas bill prohibiting transgender student athletes from joining school sports teams aligned with their gender identity is heading to the full Texas House, where it is likely to pass, following a House committee’s approval Wednesday.

After more than eight hours of emotional testimony, the House Select Committee on Constitutional Rights and Remedies voted 8-4 along party lines to advance House Bill 25. The legislation, authored by state Rep. Valoree Swanson, R-Spring, would restrict student athletes at public schools to playing on sports teams that correspond with the sex listed on their birth certificate at or near their time of birth.

Lawmakers’ attempts to enshrine such restrictions into law have failed three previous times this year. But Wednesday’s committee vote helped the legislation clear a key hurdle that increases its likelihood of becoming law this time.

Republican lawmakers have portrayed the legislation as a way to protect cisgender women’s rights under Title IX, a federal law that restricts discrimination on the basis of sex in educational settings. Proponents of HB 25 have claimed that transgender girls’ participation on teams made up of mostly cisgender girls would present safety hazards for cisgender girls and prevent them from obtaining athletic scholarships. Medical professionals have largely debunked arguments that transgender athletes who are taking hormones have an advantage, with one study showing people taking hormones did not have a significant performance edge in distance running.

“Our constituents expect us to see problems that are coming, and not wait till there’s a disaster till everything falls apart and try to fix it,” Swanson said. “We don’t have to wait till it’s a big problem in Texas.”

Democrats and other opponents of the legislation questioned what problem lawmakers are trying to solve and pointed out how bills targeting transgender children hurt the mental health of already vulnerable kids. Numerous parents of transgender youth testified before the House committee Wednesday, including Amber Briggle, the mother of a 13-year-old transgender boy. Briggle said she was “mad as hell” for having to show up to the legislature again to combat a bill that targets her child.

“He’s 13, he shouldn’t have to deal with that,” Briggle said. “I want him to go to gymnastics. I want to go to taekwondo. I want him to do well in school, and I don’t want to have him worry about this because I saw how much it harmed him in April and May.”

Aaron Richie, father of two transgender teenagers, said his kids have dreaded the start of legislative sessions “in anticipation of the bills that are going to debate what rights and opportunities they should have.”

The University Interscholastic League, which governs public school sports in Texas, already requires that an athlete’s gender be determined by their birth certificate. (Two private schools are also part of UIL, according to UIL deputy director Jamey Harrison.) However, UIL also accepts legally modified birth certificates, on which students may have had their gender officially changed to align with their gender identity.

But if HB 25 should become law, it would no longer allow for the acceptance of legally modified birth certificates. In a statement, UIL spokesperson Julia Atkins said the process for checking student birth certificates is left up to schools, not the UIL.

Leal Anderson, the athletic director for the Austin Independent School District, said in an interview he doesn’t have any information on instances in his district of a transgender student playing on a team corresponding with their gender identity.

“I would say that normally [birth certificates are] checked but then it’d be double checked if there’s a question, but in most cases there’s not a question of the identity of the gender of the person,” Anderson said.

Opponents of the bill have said it addresses a problem that does not currently exist.

Rep. Senfronia Thompson, D-Houston, was critical of the bill, saying that a study had not been done to give lawmakers more comprehensive research on transgender student athletes in Texas.

State Rep. Joe Moody, D-El Paso, discussed a potential amendment that would requirie a more in-depth look at transgender students’ participation in school sports. That possible amendment could come up when the bill reaches the full House.

During multiple legislative sessions this year, the Texas Legislature has introduced other bills targeting transgender youth, such as legislation that would limit gender-affirming care for children and classifying the care as child abuse.

The legislation advanced Wednesday is similar to Senate Bill 3, which passed in the Senate. But the upper chamber’s bill was assigned to the House Public Education Committee, in which legislators have yet to hold a hearing on the bill.

During the regular legislative session, that education committee passed legislation targeting transgender youth participation in sports, but it died in the full House after it failed to meet a key deadline. In a subsequent special session, a Democratic walkout prevented the House from even taking up legislation. And during the second special session, state Rep. Harold Dutton, D-Houston, chair of the House Public Education Committee, blocked legislation from moving to the House floor.

With HB 25 advanced by the Select Committee on Constitutional Rights and Remedies, it now heads to the full chamber. House Speaker Dade Phelan has said that the House would have enough votes to pass the legislation. More than half of House members have signed on as coauthors of similar legislation introduced in previous sessions. If the bill passes the lower chamber, it will then head to the Senate, which is likely to approve it.

In past statements, Lt. Gov. Dan Patrick said he would continue to push for the transgender sports bill until it becomes law.

The introduction of such laws have taken a mental toll on transgender youth and their families. Between Jan. 1 and Aug. 30, The Trevor Project, a suicide prevention and crisis intervention organization for LGBTQ youth, said it has received almost 11,000 crisis contacts from LGBTQ Texans, a 150% increase from the same time period last year. According to the organization’s 2021 National Survey on LGBTQ Youth Mental Health, more than half of transgender and nonbinary youth “seriously considered suicide in the past year and 1 in 5 attempted suicide.”

Business leaders have also been critical of anti-LGBTQ legislation. René Lara, legislative director for Texas AFL-CIO, testified against HB 25, saying the legislature is not prioritizing more important matters such as labor shortage complaints stemming from the pandemic.

Texas Competes, a coalition of almost 1,500 business organizations, re-released an open letter this week saying that it was against legislation that targets the LGBTQ community. About 70 major employers signed on to the letter, including Amazon, Dell Technologies and Microsoft.

“We have folks that are really concerned about young talent — millennial and zoomer talent — who [are] overwhelmingly supportive, much more even than their older peers, of LGBTQ people,” Shortall said in an interview.

A handful of transgender children also testified on Wednesday, with some commenting on how they missed school to make a trip to the Capitol. Maya Stanton, a 10-year-old transgender girl, said she quit gymnastics after she learned a local sports association wouldn’t allow her to compete with cisgender girls. Currently, Maya is on a coed swim team, but she said she still wishes she’d had the chance to compete in gymnastics on the team of her choice.

“I have a trampoline in my backyard, and I still do gymnastics and practice my skills every day,” Maya said. “I wish I could do it with a team instead of myself. I deserve to be able to play sports, but if I had to play [on] a boys team I would quit.”

This article originally appeared at The Texas Tribune, the only member-supported, digital-first, nonpartisan media organization that informs Texans about public policy, politics, government and statewide issues.

For LGBTQ mental health support, call the Trevor Project’s 24/7 toll-free support line at 866-488-7386. You can also call the National Suicide Prevention Lifeline at 800-273-8255 or text 741741 from anywhere in the country to reach a trained crisis counselor. Read our mental health resource guide for more information.

Disclosure: Amazon Web Services, Dell and Microsoft have been financial supporters of The Texas Tribune, a nonprofit, nonpartisan news organization that is funded in part by donations from members, foundations and corporate sponsors. Financial supporters play no role in the Tribune’s journalism. Find a complete list of them here.