Tejedor: At My New Brooklyn Middle School, Diversity by Design Is a Core Value. Here’s How We’re Making It Happen 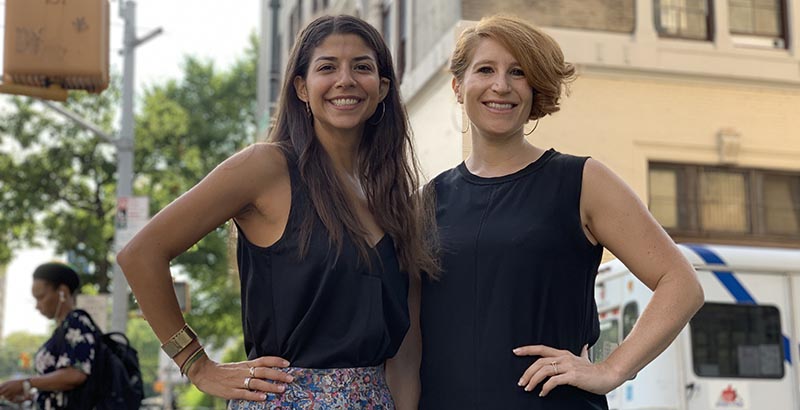 I began my career as an educator teaching black and brown students at high-performing public charter schools in Brownsville, Brooklyn, and Paterson, New Jersey. I was incredibly proud of the work my team and I were doing to close the opportunity gap by prioritizing structure and academic achievement. It wasn’t until I started privately tutoring children from more affluent backgrounds that I became aware of the great division that exists in our school system.

The students I tutored shared stories about their robotics and coding classes, their theater and visual arts electives, ideas for their STEM projects — and in these exchanges, I started to realize these experiences weren’t just about acquiring skills. What was actually being transferred to the students I tutored was the audacity to dream, to explore and to build passions.

At my charter school, students were expected to perform well on a standardized state test. For the students I tutored, it was about developing their voices, having bold ideas and learning about the world around them. The contrast became very clear to me: There are schools for students who we think need structure and others for students who we think deserve creativity. And what this then translated to me was that when our students are segregated, we create different expectations. Different realities. We assume and dream and wish and push differently.

This realization led Kelsey Jones, my co-founder at our new school, Brooklyn Independent Middle School, and me to do something about it.

Brooklyn Independent is a direct response to the separate and unequal access to an excellent middle school education in New York City. The middle school years are the most crucial in terms of cognitive development and formation, second only to when kids are born. It is when adolescents start to see themselves as active entities in their own formation and build an understanding of the world around them. It is also happens to be the No. 1 indicator of college and career readiness. At Brooklyn Independent, we believe a diverse learning environment during the most crucial years of development can build the foundation for the empathy and understanding required to uphold our democratic principles.

At our school, there are five tuition tiers, each comprising 20 percent of our families, with tuition ranging from $100 to $35,000 per year. Our sliding-scale tuition model removes the distinction between those who are receiving aid and those who are not. All families take ownership of their education. This is not merely a semantic distinction but rather our attempt to create an environment where all families feel entitled to the same access and resources, regardless of income.

This model was the first of many decisions we are taking to implement diversity by design at Brooklyn Independent. We began by founding an intentionally diverse Board of Trustees to ensure that varied perspectives were represented as the school developed. We are hiring staff reflective of our student body and professionally developing all staff members around implicit bias and antiracist practices. Our curriculum will intentionally represent authors from varying racial identities, genders and sexual orientations, and we are planning lessons that build empathy and understanding toward disempowered groups throughout history.

Beginning this week, our first cohort of 20 sixth-graders will start and end each day with a community meeting as an opportunity for students to lead discussions around identity markers and societal issues in their communities. With a project-based learning model, students will work collaboratively in group settings and engage in in-depth unit study, under a curriculum that prioritizes and builds diverse student voices.

Each year will culminate with a social impact project in which students implement their learnings around equity and justice by designing and presenting their plans to a group of panelists to secure a small budget and turn their ideas into action.

The biggest misconception around diversity is that it benefits only kids of color. In diverse classrooms, all students win. Diverse settings are scientifically proven to be the most optimal learning environment for children and adults alike. When comparing decision-making among homogeneous versus heterogeneous groupings, participants in diverse groupings perform 58 percent better than those who work with peers of a similar background. A McKinsey report found that companies with greater racial and ethnic diversity were 35 percent more likely to have financial returns above their industry mean. The Harvard Business Review explains that ethnically diverse groups are able to focus more on facts, process those facts more carefully and be more innovative. History has also proven to us that integration works: The racial achievement gap closed more rapidly during the peak years of school integration in the 1970s and ’80s than it has in the decades that followed.

Yet many well-intentioned individuals continue to argue that integration should happen organically. It simply does not work like that. The only way to undo intentionally unjust decisions made 50 years ago is to work intentionally and create new systems built around equity.

Brooklyn Independent is now part of a larger conversation happening in Brooklyn and on the national stage. Community School District 15 has launched a Diversity Council in an effort to desegregate its middle schools, the city’s top-tier specialized high schools are being closely examined for their lack of diversity, and on the national stage, conversations around diversity and busing are happening in presidential races. We will be a leader in this important work as our school grows to full scale, with 150 sixth- through eighth-graders, and beyond.

I have hope. But the hope rests in one solution: that we teach all of our kids in the same classroom. Because when we teach all kids, all kids win.

Gabriela Tejedor is a co-founder of Brooklyn Independent Middle School. Born in Colombia and raised in Miami, she has worked for nine years as an educator, curriculum specialist and grade-level chair in New York and New Jersey. She is a Teach for America alumna and a graduate of New York University and Relay Graduate School of Education. Brooklyn Independent has limited sixth-grade spots available for the coming school year.

Gabriela Tejedor is a co-founder of Brooklyn Independent Middle School. Born in Colombia and raised in Miami, she has worked for nine years as an educator, curriculum specialist and grade-level chair in New York and New Jersey. She is a Teach for America alumna and a graduate of New York University and Relay Graduate School of Education. Brooklyn Independent has limited sixth-grade spots available for the coming school year.