Teaching Teachers to Learn From Each Other: Leading Educators Hopes to Turn the Multi-Billion-Dollar Professional Development Industry on Its Head 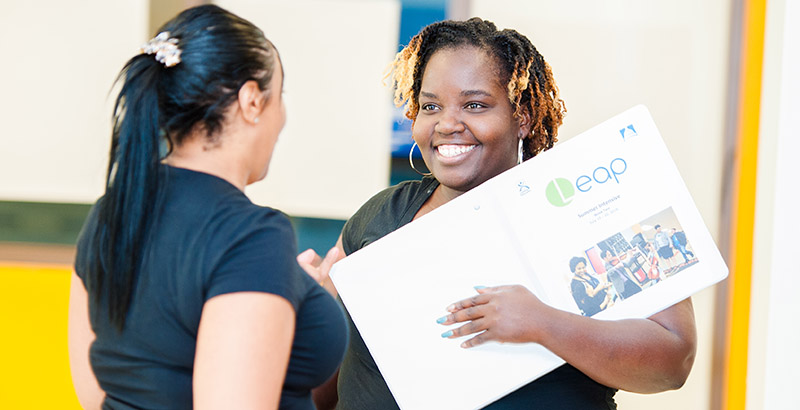 When he started his job as an administrator in Tulsa Public Schools more than two years ago, Devin Fletcher experienced a disconnect. A great deal of attention was being paid to how well educators taught students, but almost nobody focused on the quantity or quality of instruction educators themselves received.

“There was very little professional development happening, and when it was, it was happening in very large, unmanageable groups, in one-time doses that didn’t have a connection to what’s happening in unique schools,” said Fletcher, who oversees the district’s academics and human resources. “Teachers weren’t excited about it, to be in large conference center spaces having people talking at them.”

To overhaul teacher training, Fletcher partnered with Leading Educators, a New Orleans-based nonprofit focused on training teachers to support their peers. Together, they redesigned students’ and teachers’ schedules at 10 Tulsa schools, jumping through myriad hoops so teachers could spend more time talking to — and learning from — one another. Halfway through the first year of implementation, teachers now collaborate for 90 minutes a week, up from as few as 45 minutes previously, and find they prefer learning in small groups with their school-based colleagues to sitting in large audiences, listening to outsiders from external organizations, Fletcher said.

“That’s not the place that we were in before,” he said. “There’s a sense of partnership and a feeling like they’re being listened to and heard.”

Tulsa is perhaps the most comprehensive example of the vision sought by Leading Educators, which launched in 2008 in the wake of Hurricane Katrina. By preparing high-performing teachers to support their peers, Leading Educators is seeking to disrupt the multibillion-dollar professional development industry — one that research has repeatedly found “ineffective in supporting changes in teachers’ practices and student learning,” according to a study from the Learning Policy Institute. (In Fletcher’s words, “Those [professional development] meetings can be pretty darn crappy.”)

Chong-Hao Fu, a Teach for America alumnus and former KIPP principal who took over Leading Educators from Jonas Chartock, the founding CEO, in September, believes that the organization is helping to counteract the “dominant belief in our field that professional learning doesn’t work.”

“In teaching, there are so many structural [barriers] that get in the way of people being able to collaborate in rich and meaningful ways,” he said. He insists that professional learning works, “but under certain conditions, with a certain amount of dosage, and with the right people actually leading the learning.”

Leading Educators prioritizes districts that primarily serve low-income students or students of color. Over the past decade, it has partnered with more than 10 districts around the country, including the District of Columbia Public Schools. There, the organization helped create the LEAP program, which has been cited as both a driver of DCPS’s improvement and a nettlesome impediment to teacher collaboration. (LEAP stands for LEarning together to Advance our Practice.) Today, Leading Educators is working in dozens of schools across Tulsa, New Orleans, Chicago, and Michigan, and is also consulting with Atlanta Public Schools.

The partnership in Tulsa is an example of how the organization’s model has evolved over time. Originally, said Fu, Leading Educators recruited teachers to serve as fellows, visit high-performing schools (including Fu’s KIPP school), and bring back effective practices. 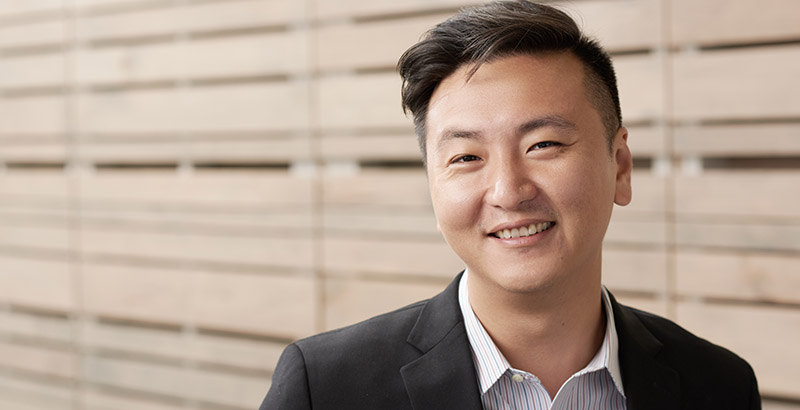 But a study of the organization’s practices by the Rand Corporation highlighted two problems. First, the program needed to dive more deeply into content areas and curricula so high-performing teachers could engage with their peers on a more granular level. Second, Fu said, “teacher-leaders didn’t have the opportunity to lead. They didn’t have additional time or authority, and they didn’t feel like the work they were leading was important to their principal.”

In response, Leading Educators modified its approach. In Tulsa, the organization engaged principals and principals’ managers first, before teachers, and schools had to choose to participate. Together with Leading Educators staff, administrators toured Tulsa schools to see which instructional problems most needed solving and who were the strongest teachers to help solve them. These teachers became teacher-leaders — those who retain a limited course load and also participate in professional development with Leading Educators staff (for which they receive a stipend).

Principals at the 10 participating schools identified a common problem: Teachers in grades 3-5 often asked students questions about their reading that were too simple. Teachers were trying to engage their students in texts but were stooping too low, which led students to lose interest and teachers to not advance through the readings, Fletcher said. To address this common issue, Leading Educators developed more rigorous resources specific to Tulsa’s English language arts elementary curriculum. Then, instead of Leading Educators’ staff training all of the teachers, the organization tapped the teacher-leaders to introduce new strategies so their peers could get students to do more of the thinking on their own.

“When you do this [approach],” Fu said, “not only are you generating student gains, but you’ve built up the leadership capacity and you’re growing the amazing teachers that you already have in your school building … so it is something that can be sustained over time.”

After teachers introduce a new strategy, the teacher-leaders, administrators, and Leading Educators staff tour the schools again to see how well students are receiving the lessons and what further adjustments need to be made.

Leading Educators and Tulsa Public Schools partnered with Education Resource Strategies, a national nonprofit that helps districts be more efficient, to redo the schools’ schedules in a way that met students’ needs and teachers’ contractual requirements without creating significant expenses, Fletcher said. LEAP, the professional development program in Washington, D.C., that Leading Educators helped develop, costs $3.5 million this year, according to DCPS. It similarly emphasizes time for teachers to talk during the day, which minimizes costs. At roughly $880 per teacher, the program costs dramatically less than the $12,598 per teacher that a 2015 TNTP study conservatively estimated that large districts spend on traditional professional development.

Fu and Fletcher are optimistic about the approach. Over the next four years, they are aiming to expand across all grades in all 82 Tulsa schools. Fu ticked through the benefits for teachers: new career pathways, formalized leadership roles, leadership responsibilities, additional pay opportunities, opportunities to grow while also staying in the classroom.

Fu believes the teacher-first approach his organization champions is not only sustainable but practical, an adaptable solution to the challenges facing America’s public schools.

Disclosure: The Bill & Melinda Gates Foundation provides financial support to Leading Educators and to The 74. The 74’s CEO, Stephen Cockrell, served as director of external impact for the KIPP Foundation from 2015 to 2019. He played no part in the reporting or editing of this story.