Teacher’s Perspective: How My School’s Chinese Immersion Program Is Paving a Pathway to Global Citizenship for Inner-City Students 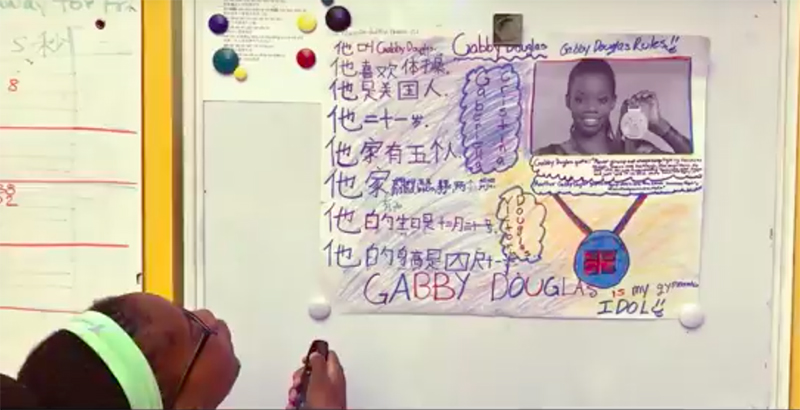 Their educations often hamstrung by their zip codes, generations of urban kids in places like the Boston neighborhood where I teach graduate from public high schools having passed conventional subjects like math and English, but lacking an awareness and appreciation of other languages and societies that would surely enhance their chances of success. Many complete grades K-12 perhaps able to navigate a college campus or the job market, but with little education about the wider world, other than, perhaps, a few years of basic Spanish or French.

As students move on and become participants in the global economy, that lack of exposure to other cultures is sure to hinder their capacity to fully engage and thrive. In an increasingly complicated world, we should be preparing and inspiring young people to make contributions to global understanding, prosperity, and peace.

For almost a decade, Boston Renaissance Charter Public School, where I’ve taught since 2014, has taken a different approach. Located in a transformed mill building, Boston Renaissance educates 900 children from neighborhoods citywide. Many have rarely traveled outside the city, let alone visited the other side of the planet. But, starting in pre-kindergarten, every one of them learns Mandarin Chinese through a unique, internationally recognized program that also immerses them in Chinese culture.

One of only two Boston schools to serve as host sites for the National Chinese Language Conference, Boston Renaissance believes exposing urban children to other languages and foreign cultures is imperative — and the earlier, the better. That’s why Mandarin Chinese is mandatory for all our pre-K, kindergarten, and first-grade students, and why a large cohort of families keep their children in the program through graduation at the end of grade 6. In total, we are teaching Chinese to roughly 200 students at each grade level. Children in the early grades study Mandarin for 30 minutes per day, five days a week, while older students have 55-minute classes.

Many speak Spanish at home, so they are trilingual when they graduate, able to converse in English, Spanish, and Mandarin. Imagine the power and possibilities that can unleash as these children grow up and find their way in business, politics, and myriad other fields.

Boston Renaissance students have traveled to Beijing to visit a Chinese elementary school, practice their language skills, and perform as members of the award-winning Voices of Renaissance chorus. Renaissance teachers have visited China through the Asia Society/College Board’s Chinese Bridge program to tour schools and study educational methods in Beijing and other cities.

As an early-childhood teacher before coming to Renaissance, I already knew the value of teaching foreign languages at an early age. Students come into my classroom as young as 4 years old and start making progress daily, quickly building confidence that inspires both them and me. Within a few months, they are conversing in Mandarin. It’s exciting to know that each day we help them develop that part of their brains where language ability lives, making it easier for them to continue learning languages later on. When my colleagues and I have attended teaching conferences and played audio tapes of our students, half have been mistaken for native Chinese speakers, with no detectable American accent.

The Boston Renaissance Chinese immersion program represents a rare opportunity here in the U.S., but in China and much of Europe, its approach wouldn’t raise an eyebrow. Other countries routinely expose children to other languages in the early grades, because that’s when it’s most effective. Introducing languages in middle school, as many U.S. public schools do, is really too late.

By exposing our students to a language as foreign as Chinese, we foster in them the value of connecting with cultures that bear little resemblance to their own. In our pocket of urban Boston, we encourage students to see the world through a lens that’s wide and deep as we strive to build global citizens who are respectful of all other languages and cultures.