Teacher Voice: Dual Language Approach Sees Speaking Spanish for What It Is — a Powerful Asset 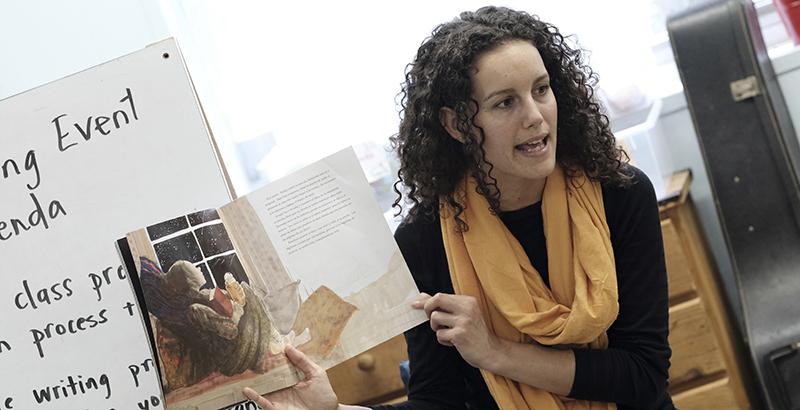 A year after I began tutoring immigrant students in New Haven’s public high schools in 2007, I was asked to support a few new arrivals — Michael and Angel — working as a volunteer in their science classes.

Having supported the boys in their English as a second language (ESL) classrooms, and knowing their current — very basic — level of English, I assumed that they would have special language supports throughout the rest of the academic day, to ensure that they actually learned something.

I was quickly informed that aside from one period of ESL a day, the teenagers were mainstreamed in the general chemistry and math classes with native English-speaking students, with no additional support.

Their ESL teachers and I were all concerned about them, and we thought about it principally in terms of deficits: their lack of English, the lack of support, the lack of time for ESL.

But there was one incredibly important fact about Michael and Angel that was treated as a minor footnote by everyone, unfortunately, including me, despite its profundity and potential significance in their educational and broader lives, which was that they both spoke Spanish fluently.

These two boys, from the moment they arrived in public schools, were treated as though their special ability was a disability — as educational deadweight that needed extra help and constant remediation.

They were told a story of themselves as struggling, less competent learners, while they were doing a task twice as difficult as the rest of their peers — learning to write essays and do geometry in a language they had only recently begun to learn. Imagine having been asked to learn chemistry first in French, or Russian. This is no joke.

Their full cognitive abilities in their own native languages earned only a passing mention in the story of their high school education, where they were reduced to the few words they could string together for the three to five years it takes to acquire academic proficiency in another language.

And their peers, and teachers and tutors like me, were made complicit in this narrative — that Michael and Angel always “needed help” with their work. In our monolingual world, their Spanish skills were irrelevant, at best, and were probably viewed as something more like a problem to be solved. Their (perhaps most valuable) intellectual asset was turned by a disinterested system into a deficit.

I have been thinking about Michael and Angel a lot recently, as I have begun teaching in classrooms in New York City with students like them — but in schools that are different in one incredibly important way. They are bilingual.

In the dual language schools where I’ve taught for the past three and a half years, we speak in Spanish for half of the academic day, and English for the other half.

In our school, Spanish is an asset.

Educational research has demonstrated the value of dual language education on literacy and math outcomes, both for native Spanish-speaking students and for their native English-speaking peers. After a few years of immersion in dual language schools, in which both languages are treated as assets to be cultivated in their own right, students surpass those in monolingual or in “transitional bilingual” settings on academic measures across the board. 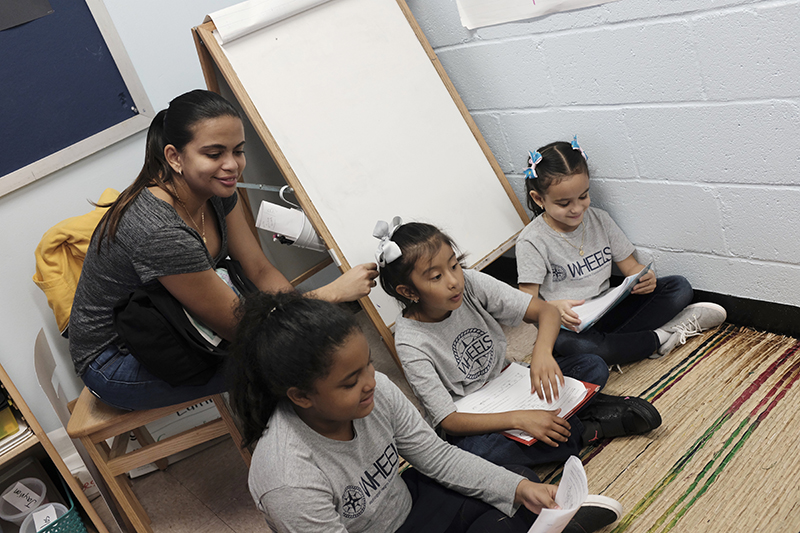 A WHEELS parent shares in the culminating event, listening as her daughter and other students share stories written in Spanish about a moment of perseverance from 1st grade. (Photo courtesy Callie Lowenstein)

Jessica, for example, came to the United States as a toddler, and as a kindergartner she scarcely spoke English.

Her Spanish-speaking parents work long hours at low-wage jobs, and she is dropped off with a babysitter (also Spanish-speaking) early in the morning, and sees her mother only late at night. She entered my first-grade class knowing only part of the alphabet.

Yet in first grade alone, she rapidly absorbed the alphabet in her home language and began to read, making two years of Spanish literacy progress in a single year. These Spanish literacy skills, strengthened by her deep comprehension and wide vocabulary in her native language, allowed her access to the reading experience, and she gradually began to pick up English reading as well.

In our second-grade class, her Spanish skills continued to deepen as her English began to catch up. Now, at the beginning of third grade, Jessica reads above grade level in her native Spanish and on grade level in English.

However, we should not only be concerned with her progress on paper. Jessica’s story is important because it shows us how a bilingual classroom can empower our most vulnerable learners.

In a monolingual classroom like those in New Haven, Jessica would have been positioned quite clearly in her classes as a kid in need of help — from others, from the reading specialist, from the teacher.

In a bilingual classroom like ours, however, Jessica is an authority figure for half the day. Her friends ask her for help with their own work, and she speaks confidently about the topics we are studying. During community meetings, she shares freely and helps to clarify others’ comments for her English-dominant peers.

It is a unique model of school desegregation in which students from all socioeconomic backgrounds and races are the beneficiaries — a true two-way street.

The playing field has not been leveled completely, to be sure. There are affluent students in Jessica’s class who have come in with a broad set of advantages that manifest both in their on-paper scores and in their attitude and emotional relationship to schooling.

But I am so grateful, for Jessica and for all my students, that her language is valued and respected in our school.

I am proud and inspired each time I hear her articulating, in clear and sophisticated Spanish, an argument about the history of New York or about the character’s motive in a book we’ve read together.

I am overwhelmed when I see Jessica’s parents, and others, filled with joy and surprise as we sing “De Colores” in the community circle we hold one Friday each month — the keeping alive of their home culture, in a country that still doesn’t feel quite like home.

Dual language programs like ours at WHEELS (Washington Heights Expeditionary Learning School) provide an incredible opportunity to desegregate our schools and empower all of our students to learn from each other. We need more of them.

Callie Lowenstein is a teacher-leader at Washington Heights Expeditionary Learning School (WHEELS), a Pre-K-12 dual language public school in upper Manhattan. She worked in education research in West Africa, India, and Latin America for several years before entering the classroom.