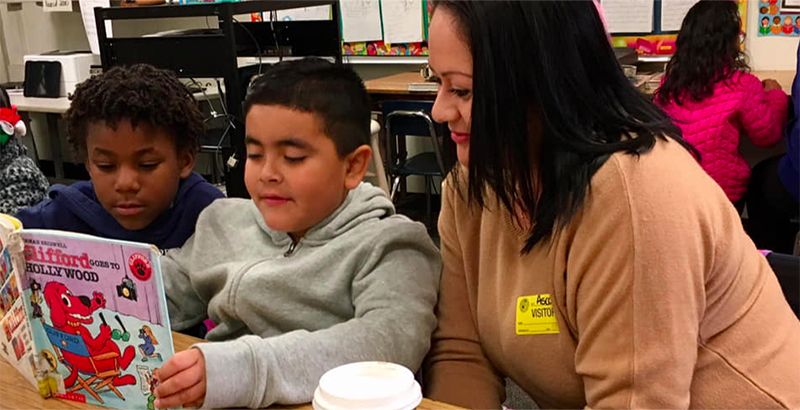 Parents whose children attend schools in the L.A. Unified district, where voters will go to the polls in Tuesday’s special election, hold widely varying views of their schools depending on the language they speak at home, according to a new survey.

Nearly half of all Spanish-speaking respondents said their child’s school in Board District 5 was on the wrong track. They also were three times as likely to say they had difficulty getting help for their children.

English speakers were far more positive about their schools. Those respondents were 14 times as likely to say their school was headed in a positive direction. Among English speakers, 86 percent said their schools were on the right track, and the same percentage said it was not difficult to get help for their children.

Overall, only 28 percent of all respondents said their child’s school is generally headed in the right direction; 35 percent said it was on the wrong track. Voters in what’s known as BD5 cast their ballots Tuesday to fill a vacant school board seat. Turnout is expected to be especially low, and voters in the white, wealthier, and older part of the district are expected to dominate.

The survey was conducted by Alliance for a Better Community, a nonprofit organization that advocates for Latinos in Los Angeles. It asked parents and constituents in Board District 5 about their educational priorities and also held focus groups. The group released the results at a February candidate forum.

Here are six things to know about the survey’s results:

1 All issues were high priorities.

Parents’ top priorities for their children’s schools were quality of teaching and safe and welcoming schools. Both received 86 percent of respondents listing them first.

Among all respondents, equitable school funding and the budget deficit came in ahead of parent engagement and student and staff attendance.

2 There’s a big difference in school perceptions depending on respondents’ home language.

There was a marked difference between how English and Spanish speakers saw their schools.

Almost half of Spanish speakers — 49 percent — said their school was on the wrong track. Only 1 percent of English speakers thought so.

3 Their board member should speak Spanish.

One of the top three most important characteristics in a board member is that he or she speaks Spanish, the survey found.

A vast majority of respondents, 84 percent, said it is important to have a board member who speaks Spanish, but only 48 percent thought that person has to be Latino/a or have a Latino background. And 90 percent said their board member should have “a professional background in education.”

More than 90 percent of respondents supported each of five statements about bilingual education and support for English learners, such as saying schools should value the native language and culture of every child, and that every teacher should be trained to meet the needs of English learners.

A majority said teachers are not strongly supported in Board District 5.

6 There’s not enough support for English learners and special ed.

The groups of students who respondents said are the least adequately supported were special education students (22 percent), English language learners (17 percent), and those experiencing homelessness (14 percent).

However, English learners also had the highest percentage of “yes” answers to the question of which student groups are “adequately supported at your school” — 58 percent. The next-highest were low-income students, with 53 percent. Tied for third, with 49 percent answering yes, were special education students and gifted students. The student group with the fewest “yes” answers was LGBTQ students — only 30 percent of respondents said these students are adequately supported.

• Read more about the election next week in Board District 5:

At two forums for LAUSD board candidates, students focus on college preparation, while parents want high-quality teachers and safe schools

More money, more charter school scrutiny: Here’s what Jackie Goldberg wants to bring to LAUSD in her bid to rejoin the school board after nearly 30 years

Latinos are the vast majority in LAUSD’s Board District 5. But they likely won’t be the ones who elect their next school board member. Here’s why.