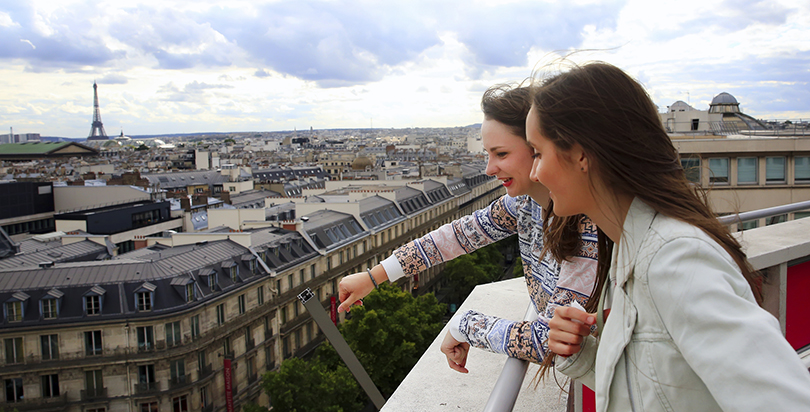 For a few weeks in France last summer, Imani McMikle cycled through the vineyards of the historic Alsace wine region, kayaked near the medieval town of Colmar and, of course, explored the enchanting City of Light — Paris.
The three-week, fully funded immersion trip was a rare and welcome opportunity for the teenager, who comes from a high-poverty school district in Brooklyn, to explore the wider world.
She did not expect that she would also be learning from, and educating, other students in the program.
McMikle, who is black, traveled and roomed with a diverse group of teens from around the U.S., including some who grew up in wealthier, whiter suburbs.
(Sign up for The 74 newsletter for more education news)
Late-night conversations, she said, often turned into tense debates about gender, race, class and politics with roommates whose assumptions about life in New York City’s impoverished outer borough neighborhoods were rooted in stereotypes.
One preconception she cracked wide open, much to the surprise of an Asian student from Southern California: “All black people aren’t gangsters.”
“At first I did feel offended, but then I had to put myself in her shoes for a second,” recalled McMikle, now 16 and a rising senior at MESA Charter School in Bushwick. “She hasn’t met someone like me. … I learned stuff about suburban areas and she learned stuff about the urban, inner-city kids that she would probably have never learned if she never went on this trip and met us.” 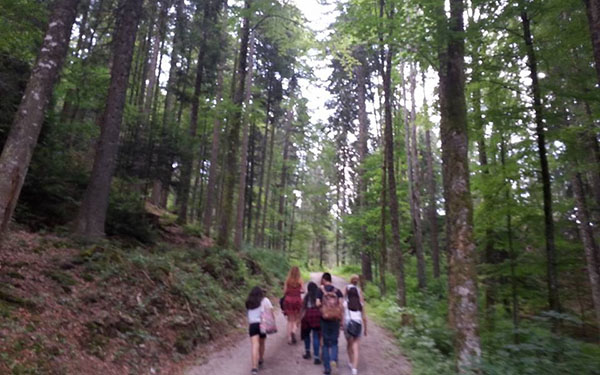 Imani McMikle and a cohort of U.S. high school peers explored France during the summer of 2015.
Photo: Imani McMikle
McMikle was among the inaugural group of students from MESA Charter School to participate in the summer experiential learning program run by The Experiment in International Living, a Vermont-based nonprofit.
The organization was founded in 1932 by Donald Watt, a Syracuse University professor, who hoped that sending young American men to Germany to live with host families at a time of global conflict and uncertainty would foster international goodwill and understanding.
Since then, more than 70,000 high school students, both boys and girls, have participated in The Experiment homestay programs in 26 countries throughout Europe, Latin America, Asia and Africa.
This year, about 650 students are taking part, including four from MESA (Math, Engineering and Science Academy) Charter School who are traveling to Argentina, France, Morocco and Tanzania. Most trips last three to five weeks.
The Experiment awarded a total $2.4 million in financial aid this year, and 77 percent of students traveling this summer received some assistance, which typically ranges from $500 to $3,000 per student, said Marni Goodman, a Partnership Coordinator at The Experiment. Most trips cost between $6,000 and $8,000.
“It’s really important to get students out of their comfort zone, to have this exposure to see that there is so much outside of the bubble they live in,” Goodman said. “It adds a lot to our program to have students who come from a diverse background, and from different socioeconomic backgrounds, so that students experience a really deep cross-cultural experience not only with the foreign country, but with students who are different from them, who they’re surrounded by on a daily basis.”
Most participants come from the U.S. — primarily California, New York, New Jersey, Illinois, Pennsylvania, Florida, Vermont and Massachusetts — but The Experiment also draws students from international high schools in Kenya, Costa Rica, Nicaragua, Canada, Ecuador, Hong Kong and Israel. The majority attend traditional public schools, though a small percentage come from charter schools. In addition to MESA, the organization works with Northstar Academy Charter School in Newark, N.J.; Urban Prep Charter Schools in Chicago, and University Academy in Kansas City, Mo.
The application process is competitive, based largely on a personal essay, an interview and academic performance. Financial need is also considered for students applying for scholarships.
For students at MESA, where 93 percent qualify for free- or reduced-price lunch — a widely accepted measure of poverty — The Experiment's financial aid package affords the opportunity for an overseas adventure that would otherwise be out of reach. 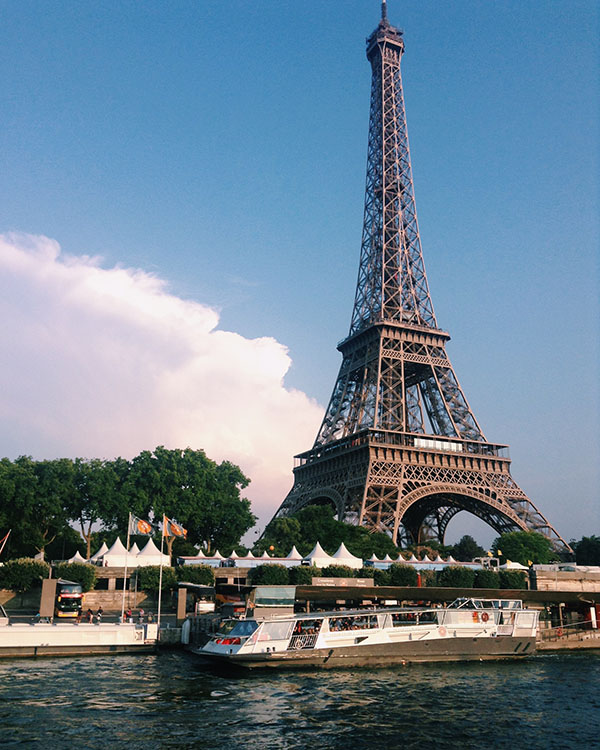 The majority of MESA’s 475 students live in the surrounding Community School District 32, a largely Hispanic and poor area of Bushwick. For them, MESA, one of the city’s few standalone, independent charter high schools, provides a rigorous academic curriculum that emphasizes STEM learning and college preparation.

On the 2014-15 New York State Regents exams, MESA students outperformed surrounding district schools and the citywide average, according to the school’s data.
McMikle and two classmates were the first MESA students to participate in the travel program. Arthur Samuels, the school’s founder and executive director, said a few families had asked about study abroad options, and he remembered The Experiment through its involvement with the nonprofit TEAK Fellowship, a high school and college placement organization where he once worked.
For some families, study abroad may help compensate for MESA’s lack of an arts or music curriculum, Samuels said. The school community fundraises to cover roughly half the cost of each student’s trip; The Experiment, which receives private funding from a variety of sources, pays the other half.
Accepted students enroll in a thematic program built around a particular country’s culture, environment or language, or focusing on issues like human rights or politics. Once overseas, they spend most of their time with a group of up to 15 students and two adult group leaders. Activities depend on the program, and there’s a wide range of specialties to choose from. Among them: French cooking, Japanese language, leadership development in South Africa, LGBTQ rights in the Netherlands and public health in India.
Samantha Duchi, 15, a rising junior at MESA, opted for a regional and cultural identity program in France.
“I’ve always wanted to go there but … it’s a lot of money, and I chose that because I know I wasn’t going to be able to go with my family,” she said.
During a group interview earlier this summer, as Duchi and her classmates Lizbeth Cruz (Morocco), Aleah Antigua (Tanzania) and Brenda Santos (Argentina) prepared to depart for their respective destinations, McMikle and the other participants from last year offered some advice: Don’t Facetime your parents for the first week, when you’ll be especially prone to homesickness. Try to at least taste all the food offered to you, or you’ll risk offending your hosts. And, most important: Pack light.
Samuels said he loved seeing his students return to school last fall with more self-confidence, maturity and empathy. While tests are an important measure of success, he said, they’re not the be-all and end-all of developing well-rounded students — and once they’ve come through an international trip intact, surviving a Regents exam can seem far less daunting.
“I think it speaks to a level of intellectual curiosity and willingness to engage that we really, really want to promote,” he said. “We want to not just produce test-taking robots, we want to produce citizens, we want to produce people who can think independently and critically and make decisions for themselves and assimilate information, so the opportunity to go to a completely foreign place and put yourself in that uncomfortable, awkward, challenging situation and learn from it, I think, is incredibly valuable.”
Submit a Letter to the Editor
August 28, 2016