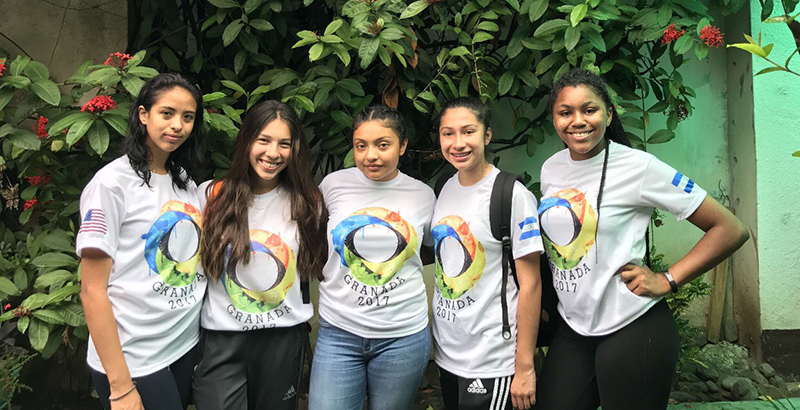 When Shayna Morales Soto arrived in Mexico, she had no idea what to expect. The 17-year-old senior from John D. O’Bryant high school in Boston, Massachusetts traveled to Yalcobå, a Mayan village in the Yucatan, for six weeks last summer with a program called Summer Search.

“Being from a family of Puerto Rican descent, I figured I could use my fluent Spanish in Mexico. But — surprise! — I quickly found out that most of the villagers spoke mainly Mayan,” she wrote in an essay for Hechinger Report in January.

That meant her summer included learning to get by in a new language so she could teach 35 children about physical health and environmental stewardship and also complete a community micro-project — all while living thousands of miles from home. 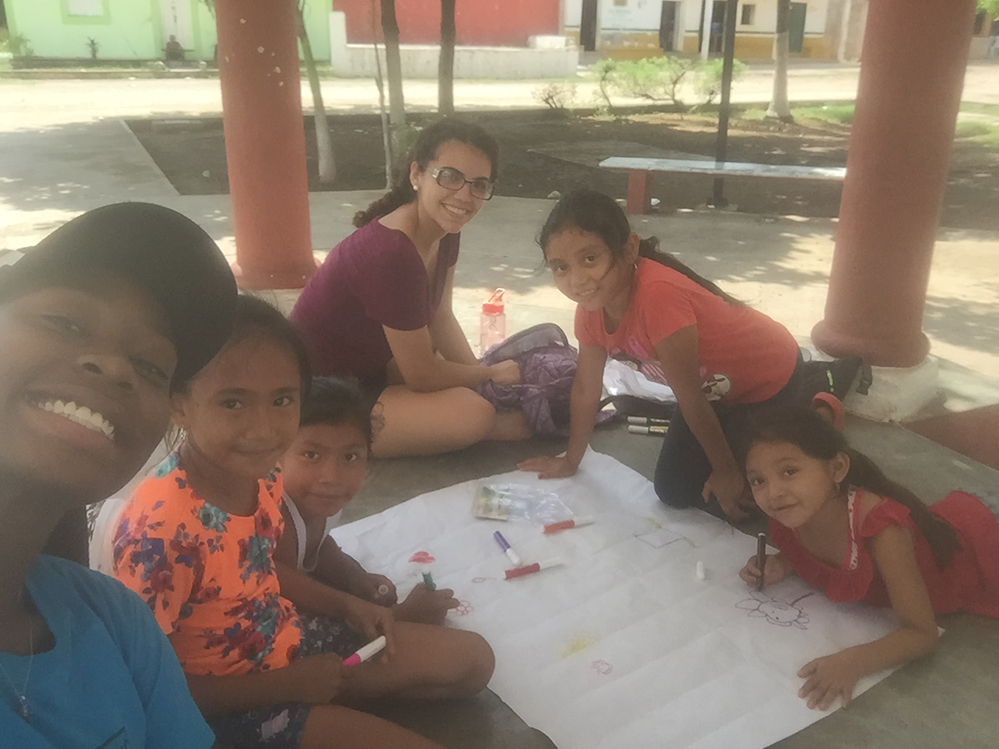 The concept of taking teenagers far from the familiar so they can discover their resilience and their leadership skills is a crucial aspect of Summer Search, a national nonprofit organization that makes college more achievable for low-income students — almost all of them the first in their families to go — through travel and extensive mentorship.

“If you have that rising sophomore who has leadership skills and you see that on a small scale at school, home, or in their community, you hone in on that and (watch) them demonstrate it in ways that you never imagined,” Velasquez said. “We simply provide the access and opportunities for them to exercise those skills.” 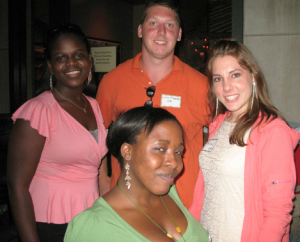 Velasquez, a former Summer Searcher herself, firmly supports the program’s unique experiential component that sends students on a wilderness trip before their junior year then abroad to a country that matches with their interests before senior year. Instead of visiting her home country of Belize more than 15 years ago, Velasquez traveled to Ghana, where she volunteered as a math teacher and learned, she said, from talented, effective local educators.

“I would argue all day with anyone who tries to challenge that model, the model of taking you out of your comfort zone, putting you in challenging situations and allowing you to understand that you have the skills, tools, techniques to overcome that with help from others,” Velasquez said.

For Soto and her Summer Search peers in the Yucatan, that meant going door-to-door to speak with residents of the town and try to persuade them to attend a meeting to choose what project they would work on together.

“Over 500 people showed up. The majority said to make a cement floor in the cemetery and that’s how we chose the project,” she told The 74. They collaborated with the townspeople to install the floors so residents could pray for their deceased loved ones without tripping over rocks.

“They didn’t know how we were going to be like. They had this narrative that we were the kind of Americans that thought we knew it all,” she said. “The floor was a positive thing we did, but the real impact was being able to coexist, to learn from one another, and learn to understand each other.”

The value of building relationships based on mutual respect with people from foreign countries, many of them impoverished, has taken on added meaning for the Summer Searchers at a time when President Donald Trump has been accused of referring to similar nations in vile terms. 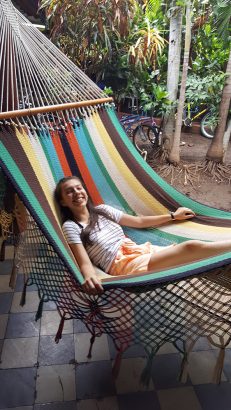 Raquel Estrada, a senior at Chelsea High School in Chelsea — across the Mystic River from Boston — spent 15 days in Granada, Nicaragua as part of the program last summer. Her family is from Central America; her father emigrated from Guatemala at 17, she said, and her mother from El Salvador at 20.

“I believe (Trump) has no right to speak about any country that way, no matter what condition they are in,” Estrada said. “He wasn’t born in those countries and he didn’t have to suffer like the thousands of immigrants that have come to this country to reach a dream that many don’t have the opportunity to experience.”

Estrada said her father was deported when she was 9 after he was not able to obtain citizenship in a timely way and his permanent residency process was delayed.

“Since my mom is a U.S. citizen, thank God, we were able to bring him back in an unexpected time because when you get deported, you have to stay in your country for 10 years,” she said. “He came back five-and-a-half-years later.”

Some 91 percent of Summer Search students are first-generation college-goers, 96 percent are students of color and the same percentage qualify for free or reduced-priced lunch. The program says 69 percent of its participants earn four-year college degrees within six years — three and half times higher than the national average for low-income, minority students attending traditional public schools. 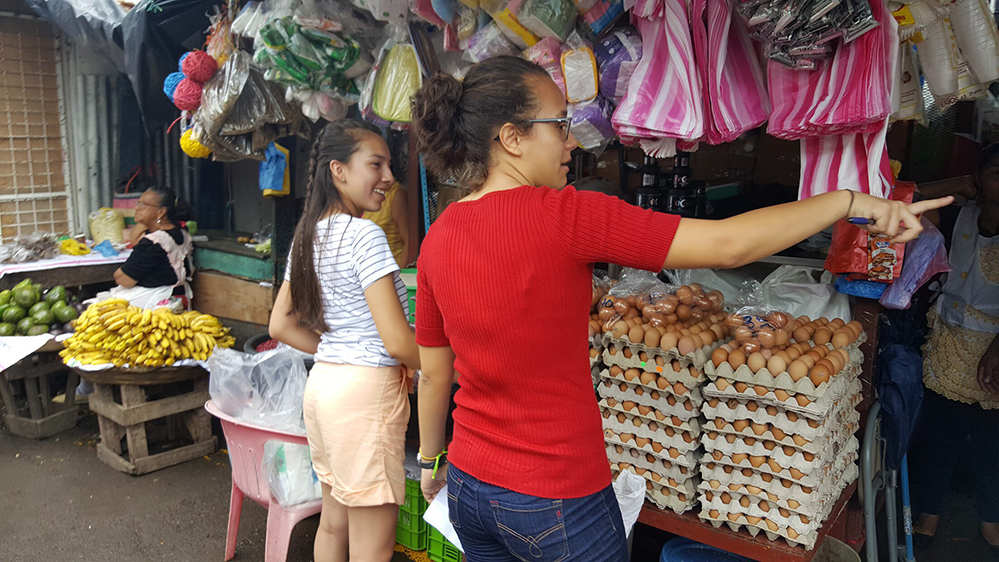 Estrada, who is considering attending Boston University and wants to become an emergency room surgeon, said her experience in Nicaragua changed her in lasting ways. While there, she was immersed in the culture of Granada and worked with its residents to paint an afterschool center.

“We worked like a local, lived like a local … when I came back, I didn’t act the same way that I did before. I came back with more motivation. There’s not one word that could describe how great and beautiful Nicaragua was to me,” she said.

After being recruited in their sophomore year, students meet weekly with their one-to-one mentor and receive “start-to-finish” college counseling, from the application process to financial aid through career planning and college graduation. The mentoring relationship continues on through college and beyond with a growing alumni network, which is seen as essential in helping first-generation students handle the challenges they’ll face once they start school and eventually their careers.

Martina Durant, who now works for Summer Search full time as a school and community engagement coordinator, has been meeting with Morales Soto since her sophomore year. Based on her summer experience, Morales Soto has her eye on international affairs and pre-law programs and wants to attend school outside of Massachusetts because Summer Search has helped her see that “life begins at the end of your comfort zone.” Like 91 percent of the Summer Search students who attend college, she will be the first in her family to graduate.

Taking cues from her students, Durant knows that they are their best own advocates.

“I remind students that they are the ones with all the power in their lives, I’m just there to be supportive,” Durant told The 74. “Shayna will tell me directly how she wants me to partner with and support her. The way that we approach mentoring is so important. The staff is great, but I honestly think it’s the students, the skills they develop and guide how they want to be supported, instead of it being imposed upon them.”