A new study commissioned by the Heckscher Foundation and conducted by Sage Education documents significant gains in college persistence as a result of a student emergency grants program and contains insights to help others implement similar programs.

For the majority of underserved students in New York City who wish to attend college away from home, the State University of New York (SUNY) provides the most accessible and cost-effective options. In order to increase the likelihood that these students will succeed in college, the Heckscher Foundation and Gerstner Philanthropies created a Student Emergency Fund at six SUNY campuses.

Before the program was established, there was little empirical evidence to show the impact of emergency grant programs on college persistence and graduation. The program tracked these outcomes and demonstrated that Student Emergency Fund recipients showed substantially higher achievement rates than the general campus populations.

Since 2018, of the nearly 2,000 students across the six campuses who received the grants — which by design could not be used to pay tuition — 94% were still enrolled in college, or had successfully graduated or completed their program of study, in the semester immediately following receipt of their award. Nationally, and at the SUNY campuses overall, the rate is 76%. In addition, 90% of grant recipients receiving an award in fall 2019 were re-enrolled in fall 2020, a rate 14% percentage points higher than retention rates seen on the six campuses as a whole and for full-time students nationally.

The six SUNY campuses each received between $50,000 to $100,000 per year for four years, with additional funds to support administrative expenses. To be eligible to receive the grants, students were required to be pursuing a bachelor’s or associate degree, be enrolled at least half-time, have a minimum 2.0 grade-point average and otherwise be in good standing with the college.

Grants were made on a rolling basis throughout the academic year and summer for up to a recommended maximum of $2,000. The idea was to help students respond to emergencies, such as homelessness or threat of eviction, medical crises, natural disasters, domestic violence, theft or loss of employment. Examples of eligible expenses included rent, utilities, clothing, furniture, medical bills, child care, transportation and replacement of stolen items needed for school. Tuition, books, credit card debt, cable bills and legal representation, among other expenses, were not eligible.

The program design required the colleges to widely publicize the availability of the grants and provide an online portal for applications. Campus administrators had to respond to requests within days, and data had to be captured and recorded on a platform administered by Scholarship America. Before the program’s inception, there was great variation in the extent to which holistic student support systems existed across the six partner campuses. Many did not have a system in place that met the full range of student needs in an integrated and comprehensive way. Several campuses did have emergency grant programs in place, but these were very small and inconsistent in how they engaged with students and determined what the qualifications should be.

Participating in the SEF program allowed staff to learn more about the needs of their own students, while gaining insight into services offered on other campuses. Together, this resulted in the six schools significantly increasing their scale and range of available supports. At SUNY Albany, the Class of 2019 voted to make the SEF the recipient of its class gift. Contributions from over 300 students totaled $20,000. In some cases, the colleges created a new, holistic system of supports, using data from the SEF program to guide decisions about what that system should look like. In other cases, campuses implemented new approaches within their existing support systems.

The successes seen as a result of the SEF program point to several design features that should guide other institutions in developing similar programs. Among other recommendations, the report emphasized the importance of university systems and states investing their own resources into developing emergency grants programs; the importance of clear application requirements; a fast turnaround time; and clear communication with students throughout the process.

Disclosure: The Heckscher Foundation provides financial support to The 74.

Peter Sloane is chairman and CEO of Heckscher Foundation for Children. 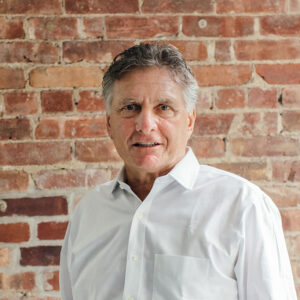