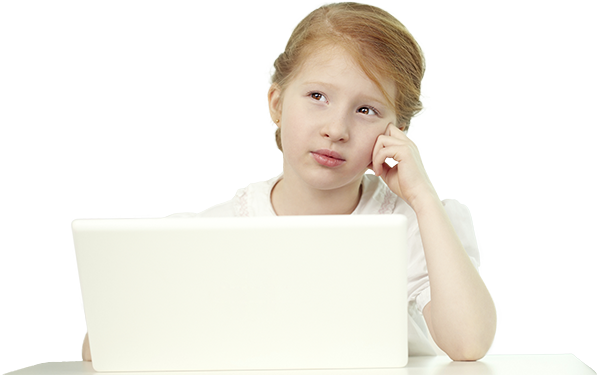 This story was updated on Oct. 27 with reactions to the study's findings
Students attending online charter schools lag behind their peers in brick-and-mortar schools, concludes a major new study. This holds true virtually no matter how researchers view the data: with different methodologies, across demographic groups, over time, and in the vast majority of states.
“There is a place for virtual schooling in our nation, but there is no place for results like these,” Greg Richmond, of the National Association of Charter School Authorizers, said after seeing the report.
The report concludes, “Academic benefits from online charter schools are currently the exception rather than the rule.”
Online charters — which the study defines as schools that deliver the majority of their instruction via computer over the internet — are a hot-bed of controversy, with proponents suggesting they allow for innovation in the sector and help reach at-risk students. Skeptics however point to the fact that many — two-thirds according to this study — are run by for-profit operators and that past research has generally found poor academic results.
The research was released by the Center for Research on Education Outcomes (CREDO), alongside reports from the Center for Reinventing Public Education (CRPE) and Mathematica Policy Research. CREDO, based out of Stanford University, has put out a series of widely cited studies on the effectiveness of charter schools.
The report concludes, “Academic benefits from online charter schools are currently the exception rather than the rule.”
(The analyses were funded by the Walton Family Foundation, which is also a funder of The Seventy Four.)
There were some 200,000 students enrolled in online charter schools throughout the country in the 2013-14 school year and as of this month, fully online charter schools operated in 26 states, according to the study.
The CREDO research estimates the impact of attending an online charter school relative to attending a traditional public school. CREDO does so using a widely debated method, in which researchers match students attending online charters to demographically similar students (“virtual twins”) who attend “feeder” traditional public schools and have similar prior levels of achievement. Then they compare academic growth between students attending online charters against their twins at traditional public schools. The CREDO data covers 166 online schools and over 150,000 students from 17 states and the District of Columbia.
The results on both math and reading are large, statistically significant, and negative for students at online charter schools.
(CREDO converts achievement effects from standard deviations into “days of learning” based on the gains of the average student in a given year. However, CREDO warns that this measure is an “approximate” and some researchers question the validity of this metric.)
No matter how CREDO slices the data, the results are dire for online charters. In math no states’ online charters were better than traditional public schools; in reading only online charters in Georgia, Michigan, and Wisconsin were better and the differences were very small. Online charters in Texas, Florida, and Louisiana had particularly poor results. All demographic groups in online charters had lower achievement on average, and the sector as a whole has not shown any improvement over time.

These results were met with disappointment as well as calls for reform from charter advocates.

“While we know that this model works for some students, the CREDO report shows that too many students aren’t succeeding in a full-time online environment,” Nina Rees, of the National Alliance for Public Charter Schools, said in a statement. “It is a call to action for authorizers and policymakers.”

Her group cited the need for tougher oversight from charter authorizers and awarding grant money based on school performance.

That said, CREDO’s methodology is limited. The key challenge for charter school studies is that students who enter charters may be different in certain ways than students who remain in traditional public schools, resulting in what researchers call “selection bias.” Controlling for demographic factors and prior achievement — as CREDO does — helps address this, but these data are limited and may not capture all the ways students attending online charters differ from those at traditional public schools. For instance, such students may have had a bad experience at their most recent school. (To be clear, this is simply an example — there’s no evidence whether or not it’s true.)
CREDO attempts to address these concerns by using additional methods. Particularly interesting is an approach comparing students who begin at an online charter but return to a traditional public schools to students who remain in an online charter over multiple years. Though none of them is perfect, all methods seem to confirm large negative effects on achievement.
These results come on the heels of a study finding online instruction at the university level was harmful to student learning.
CREDO focuses exclusively on academic achievement in math and reading and does not study other measures of school quality that families and student may value. The study also cannot determine whether a student would have dropped out of school in the absence of an online charter.

K12 Inc — the nation’s largest operator of online schools — said the study relied on old data from 2012 and that the methodology does not allow for fair comparisons, saying it “cannot accurately match or ‘twin’ students who transfer to online charter schools with those who stay in traditional schools.”

“We understand the academic challenges that face online charter schools, and we have taken vigorous actions over the past two years to meet these challenges with results not reflected in this study,” K12 said in a statement.

The Mathematica report focuses on descriptions of certain aspects of online charters, which have grown rapidly in recent years. They enroll significantly more white students and significantly fewer Hispanic students and English-language learners relative to traditional public schools. Principals of online charters most often identify “student engagement” as the greatest challenge at their schools.
“Challenges in maintaining student engagement are inherent in online instruction,” said Brian Gill, coauthor of the report, “and they are exacerbated by high student-teacher ratios and minimal student-teacher contact time, which the data reveal are typical of online charter schools nationwide.”
The CRPE research looks at the policy environment governing online charters, and finds that three states — Ohio, Pennsylvania, and California — account for 50 percent of all students enrolled in online charter schools.
These states generally supported uncapped initial growth in the sector and relatively high-per pupil funding — perhaps because of vigorous lobbying by online charter networks, particularly in Pennsylvania and Ohio. (Read The Seventy Four’s take on Ohio’s disastrous charter sector)
The authors write, “Because of their ties to for-profit organizations online charter schools often have powerful lobbyists to influence legislation or fight additional regulation.” However the report finds that there have been recent efforts in some states to limit growth and increase oversight of online charters.
Submit a Letter to the Editor
October 27, 2015