Straight Talk From a Green Beret: Arming Teachers Is a Lousy Idea 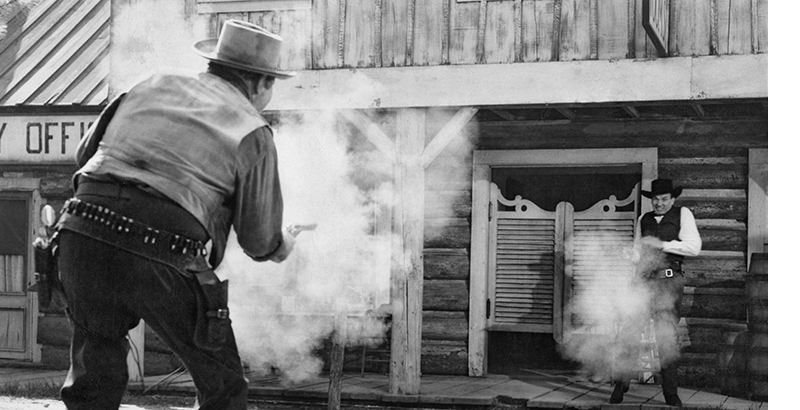 In February 2013, a police officer was shot in the head directly in front of the Alexandria, Virginia, elementary school where my twin daughters were in second grade. They were on the playground at the time and saw the whole thing. Upon hearing the shot, the teachers reacted quickly, keeping the kids calm but moving them rapidly into the building, where a lockdown was put into effect. Even though the shooter was not targeting the school, it was a textbook reaction to that scenario.

None of those teachers were armed, but a lot of advocates now want to change that. It’s an awful idea.

I am not an anti-gun advocate. On the contrary, I am a former Green Beret with experience in Iraq, Afghanistan, and elsewhere. I wrote this column from South Korea, where I was working at the Olympics with many colleagues who are former special operators of various types. Like all Americans, we were horrified by the school shooting in Parkland, Florida. But when we heard the idea of arming teachers being bandied about, we couldn’t believe it was a serious proposal. To us, it sounds more like something out of The Onion than a serious tactic.

There is a lesson in that: The popularity of arming teachers seems inversely related to someone’s actual experience in a gunfight. Similarly, when people who have never held a gun tell you they don’t want to arm teachers, it is not especially convincing.

So, instead of knee-jerk, reflex reactions, here are the three things people don’t usually tell you about how actual shooting situations are not like the movies, and why arming teachers is an absurd response.

Shooting under stress is hard

You are at a flat shooting range, with good weather, pistol snug on your hip, and extra ammo readily at hand on your belt. A clean paper target sits patiently, tacked to the stand. It’s politely sitting still — not screaming at you, and certainly not shooting back. Maybe you’ve been shown the correct grip and sight alignment at some point in the past few years, and you actually use it as you begin to shoot the target from 10 yards away. You are under zero stress, so your heart rate and breathing are normal. Most people, with a little instruction, can shoot competently under these conditions. But in combat — yes, an active shooter is combat — the conditions are exactly the opposite.

Elite competition shooters and our premier special operators can shoot well and consistently against armed, moving, hostile targets for one reason only: They practice. They shoot tens of thousands of rounds a year under every condition possible. Not just weekends or evenings at the range — this is what they do. They gain and retain muscle memory for proper grip, sight alignment, and trigger squeeze, all necessary for putting well-placed and lethal shots into a human body.

Killing a person is hard, and it’s not normal

In the movies, people who are shot almost anywhere in the body wince and fall over, becoming immediately ineffective. Again, this is not how things work in real life. The amount of lethal force and violence that professionals use to suppress threats is far greater than you probably think.

Numerous police dash cam videos show an officer drawing his weapon and firing a whole magazine into a suspect. Sometimes, not only does the suspect not die on cue, but he continues to pose a deadly threat. Even lethal strikes don’t take effect immediately — often, a gunman can continue to fire and cause casualties for as long as 30 seconds. What’s more, even trained police and soldiers will sometimes hesitate to employ lethal force, especially when new on the job. Granted, it doesn’t happen often, but take a social studies teacher with limited training, and that hesitation/refusal to kill rate goes up. This is a mental as well as a physical set of skills that takes time and experience to develop. Giving people guns they are not mentally prepared to use to kill an actual person is a problem on its face.

When there is a report of an active shooter at a school, local police are now trained not to wait for backup, but to enter and try to neutralize the threat as best they can until others arrive. Time literally equals lives. Even an officer who knows that the teachers are armed has no clue which adults are teachers, and this is a situation more fluid and stressful than most people can imagine.

Say that in the confusion, the officer sees someone with a gun — what do you think she’ll do? Differentiating hostile threats from friendly forces or bystanders is hard even for highly trained people. This is the flip side of the hesitation problem, and again, firing effectively in this situation is not a skill you pick up casually, so the potential for collateral harm is high. It’s another thing they don’t show you in movies: Those bullets may hit a gunman, but they may also hit a teacher. They may even go somewhere else, possibly through a wall into another classroom, and hit a student. (The same goes for bullets fired by teachers.)

I want to emphasize that I’m not anti-gun, nor are the others I reference above. Far from it. We are all gun owners, combat vets, and avid shooters, so this is hardly a screed against the Second Amendment.

Rather, this is just a humble plea for a reality check and some sanity from guys who know a bit about gunfighting. Mr. President and members of Congress, please, resist the urge to just do “something,” and let’s leave this to the pros.

Drew Pache is a former Army Special Forces officer with numerous tours in Bosnia, Iraq, and Afghanistan. He is currently senior manager for security operations at Global Rescue.

Drew Pache is a former Army Special Forces officer with numerous tours in Bosnia, Iraq, and Afghanistan. He is currently senior manager for security operations at a global risk management company.