Stewart: Black Parents Deserve an NAACP That Fights for Schools They Choose — Not Against Them 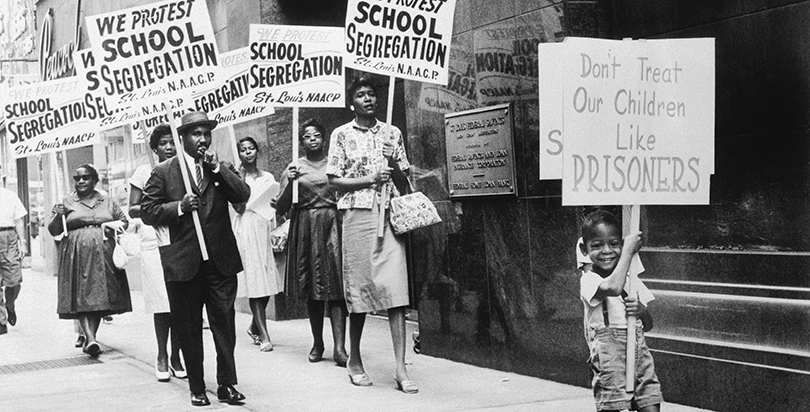 The inequities include less funding, less access to gifted programs and rigorous high schools, and less effective teachers. Not surprisingly, the outcomes include lower test scores, lower rates of high school and college graduation, and higher rates of discipline.

Nevertheless, the venerable civil rights organization, the NAACP, is meeting in Baltimore this week to, among other things, affirm its call for a moratorium on public charter schools until they meet four conditions. These four conditions are either irrelevant, unprovable, or equally prevalent in the traditional public schools.

If the NAACP is honest, it will apply the same demands to all public schools. If it cares about the education of Black kids, it will stay focused on the inequities in the system. And if it is truly advocating for people of color, it won’t deny Black parents the right to choose schools that are educating Black children far better than traditional public schools.

The first condition of the NAACP is that “Charter schools are subject to the same transparency and accountability standards as public schools.” This is already the law and practice in most places. In instances where it is not, the remedy is to pressure charter school authorizers, not to call for a blanket moratorium across the country.

The second NAACP condition is that “Public funds are not diverted to charter schools at the expense of the public school system.” This is false and silly on its face. Charter schools are public schools — publicly funded and open to all. Claiming that charters drain funds from district schools is like claiming that a second child drains parental attention from the first.

Schools are funded based on student attendance. If parents and children leave a school, for whatever reason, that school will have less funding and the money follows the child to the receiving school, whether it’s a charter, magnet, gifted, or suburban school.

Research from the Economic Policy Institute, which is funded by anti-charter teachers unions, concludes that districts swiftly adjust to enrollment changes caused by charter schools. Suggesting that we protect schools from enrollment changes due to parent choice is like suggesting we protect doctors from declining revenues because people are healthier.

The NAACP’s third condition is that “Charter schools cease expelling students that public schools have a duty to educate.” Again, this charge may apply to certain charter schools and it should be addressed, but it doesn’t apply to most of them.

The expulsion issue also overlooks the far more common and more damaging phenomenon in the school system where Black students are suspended at almost four times the rates of Whites. In the 2011–12 school year, almost 7 million children were suspended from public schools. Just 130,000 were expelled. The overwhelming number occur in traditional public schools.

The NAACP’s fourth condition is that “Charter schools cease to perpetuate de facto segregation of the highest performing children from those whose aspirations may be high but whose talents are not yet as obvious.” This is a roundabout way of talking about “creaming” — another widely alleged but mostly undocumented phenomenon.

The allegation is that charters not only attract more motivated and more successful students but also tend to discourage or counsel out less successful ones, thus isolating the low performers in the district schools.

Again, whether this is true in some places is mostly a matter of anecdote. It is certainly not true in all charter schools, which serve more low-income children and only slightly fewer special needs students than public schools as a whole.

Moreover, it calls into question common practices in the traditional school system, where magnet and gifted schools overtly do the same thing — isolate the low performers in the neighborhood schools by attracting the higher performers. Parents want those options. The NAACP can’t accuse charter schools of creaming while excusing magnet schools.

I appreciate that the civil rights community has a long and proud relationship with organized labor. At the time of his death, Dr. Martin Luther King Jr. was in Memphis to join a garbage workers’ strike. I respect that relationship, and I am eager to see labor unions focus on modernizing rather than preserving business as usual.

But the NAACP has become an unwitting tool of teachers unions, which have contributed significantly to the NAACP over the years and are threatened by the growth and success of non-unionized charter schools. In doing so, the NAACP has sold out its members and its community, which strongly favors school choice.

If the leaders of the nation’s oldest civil rights organization really want to fight for Black children, they should direct their outrage at the system that under-educates millions of Black kids all across America. In the spirit of the Montgomery Bus Boycott, the NAACP should only support public schools — district or charter — that meet the following conditions:

(1) They hold themselves accountable for student outcomes.

(2) They do not segregate by ZIP code, and they allow all children to enroll.

(3) They hire teachers based on their proven ability to teach low-income Black children.

(4) They are equitably funded.

These four conditions align closely with the NAACP’s long-standing education agenda. Too bad for America’s Black children that the NAACP lost its way.